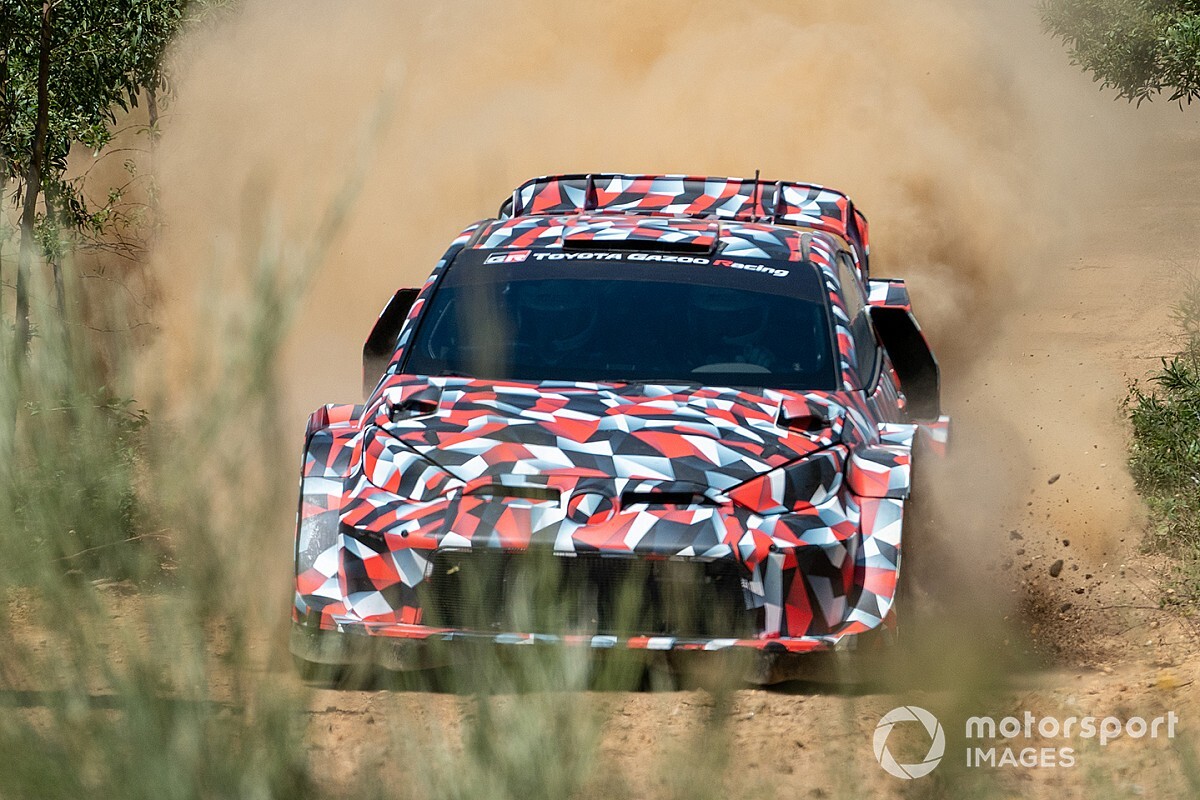 The factory Toyota drivers have been testing the all-new Rally1 Yaris in France as development of the Japanese marque’s 2022 WRC challenger ramps up.

Up until now testing has been conducted by Toyota’s test driver Juho Hanninen, but this week’s tarmac test in France, held near to the Monte Carlo rally route, allowed Evans and Rovanpera take the wheel for the first time.

That is significant as neither of the drivers have been officially confirmed to drive for Toyota next season, but it is widely expected both will be retained for next year along with Takamoto Katsuta.

The team’s plans for its third manufacturer entry are yet to be resolved as seven-time champion Sebastien Ogier is set to partake in a partial campaign in 2022, with Esapekka Lappi the favourite to share the car.

Lappi has this week confirmed his return to the WRC’s top flight courtesy of a drive in a privateer Yaris, run by the factory squad at October’s Rally Finland. The drive is understood to be an opportunity to impress the team as discussions continue for next season.

The tarmac test for the new Yaris comes hot on the heels of an outing on gravel for the car in Finland, the team’s home base.

Toyota technical director Tom Fowler says the new Yaris is making steady progress ahead of its debut next year.

“We’re starting to jump forwards now,” he told WRC.com. “Don’t get me wrong, we still have a massive challenge ahead, but it’s not quite so daunting as it was a month ago.

“A lot of the big things in the car are quite settled now, in terms of driveline transmission, suspension – all the things that take many months to manufacturer, we have quite a good picture on those.”

The WRC continues next week with the return of the famous Acropolis Rally in Greece.

Toyota heads both the drivers’ and manufacturers’ standings, with Ogier leading team-mate Evans and Hyundai Motorsport’s Thierry Neuville by 38 points.