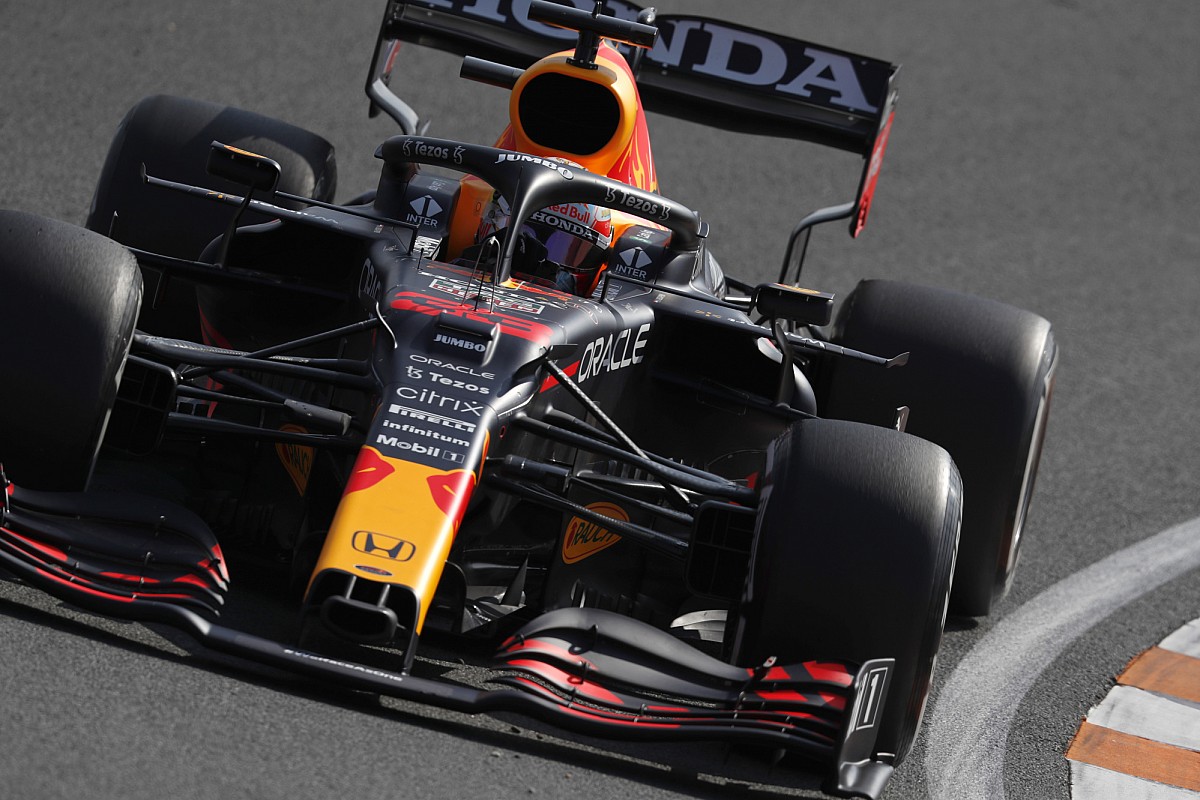 The home hero endured a frustrating day at times on F1’s first visit to the circuit since 1985, as many of his quick laps had to be aborted because of the numerous red flags that were brought out in the two practice sessions.

Ferrari duo Charles Leclerc and Carlos Sainz Jr ended up top of the timesheets as the duo got their quick laps in late on, with Verstappen ending up also behind Esteban Ocon and Valtteri Bottas.

Although Verstappen is clear that Red Bull has some work to do to maximise its pace over a single lap, especially with overtaking expected to be so difficult around the high-speed track, he felt there was solid potential.

That was especially true because he said his fastest lap had been set on old tyres, suggesting there was an obvious pace step to come.

“I don’t think it looks very representative from our side in the short run, because already after one lap, the tyres do drop off a bit,” he said.

“My lap was on a used set, and the lap I had to abort I think would have been good enough for first. So then you talk already a bit differently.

“It’s never perfect. So we’ll always try to look into details what we can do better.”

Verstappen said that Red Bull could not sit back though and it needed to be sure that it nailed its single lap form in time for qualifying.

“We’ll all work on a few things,” he explained. “We’re not entirely happy in the short run, but the long run looks competitive. Of course that is always very important. 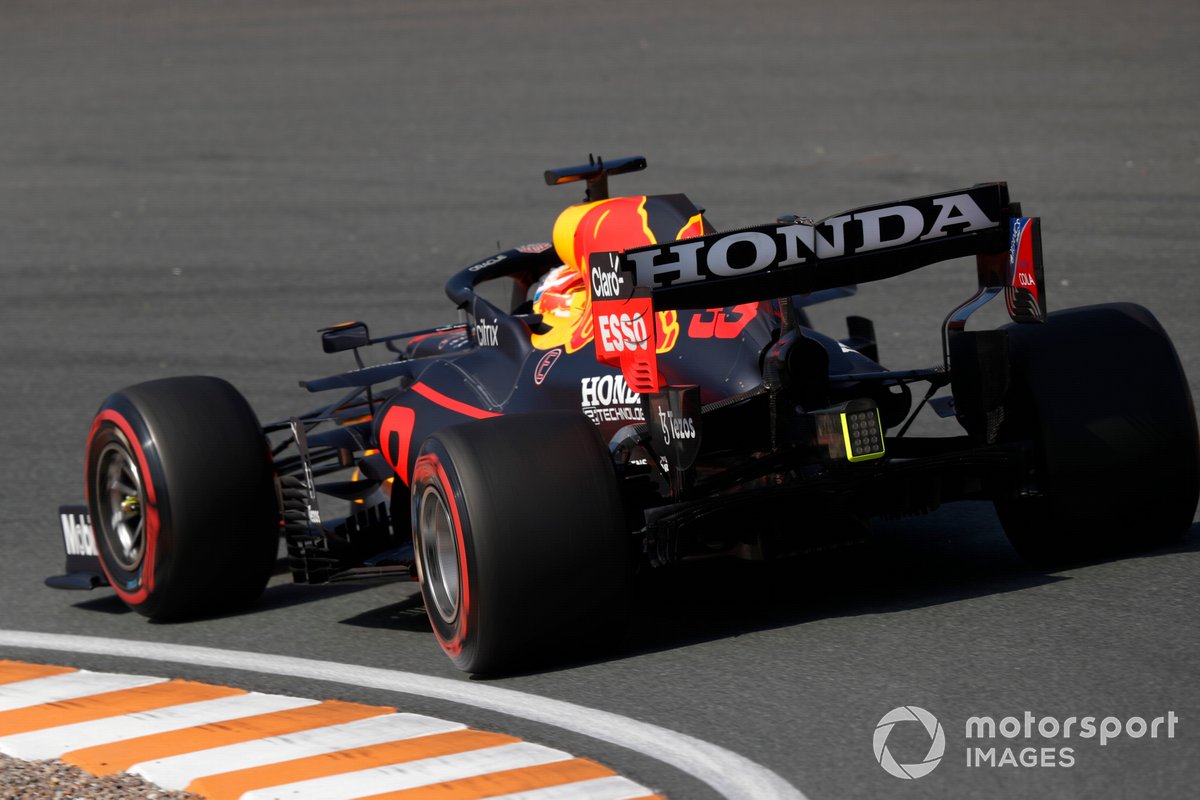 “But we also know that the starting position around here is very important. We’ll have a look at what we can do in the short run to make it better.”

Verstappen added that the track layout was one he liked, and his pleasure was increased driving in front of his home fans.

“It was really enjoyable to see all of them in orange and having fun in the grandstands, and of course the track as well,” he said.

“It’s quite a short lap, but a lot of fast corners as well. It was a fun day.”

Red Bull team boss Christian Horner explained that both his drivers were much happier with their long run form than how the car felt over a single lap.

“We didn’t get that first lap, so we’re not quite sure what our ultimate pace is,” he told Sky. “But we’ve got a few issues to deal with.

“The car was a lot happier on the long run. Max was putting in some good times, Sergio’s (Perez) pace improved quite significantly as well.

“I think we’ve just got a bit of tidying up to do for the single lap. But of course, you’ve got to get a clean lap.”