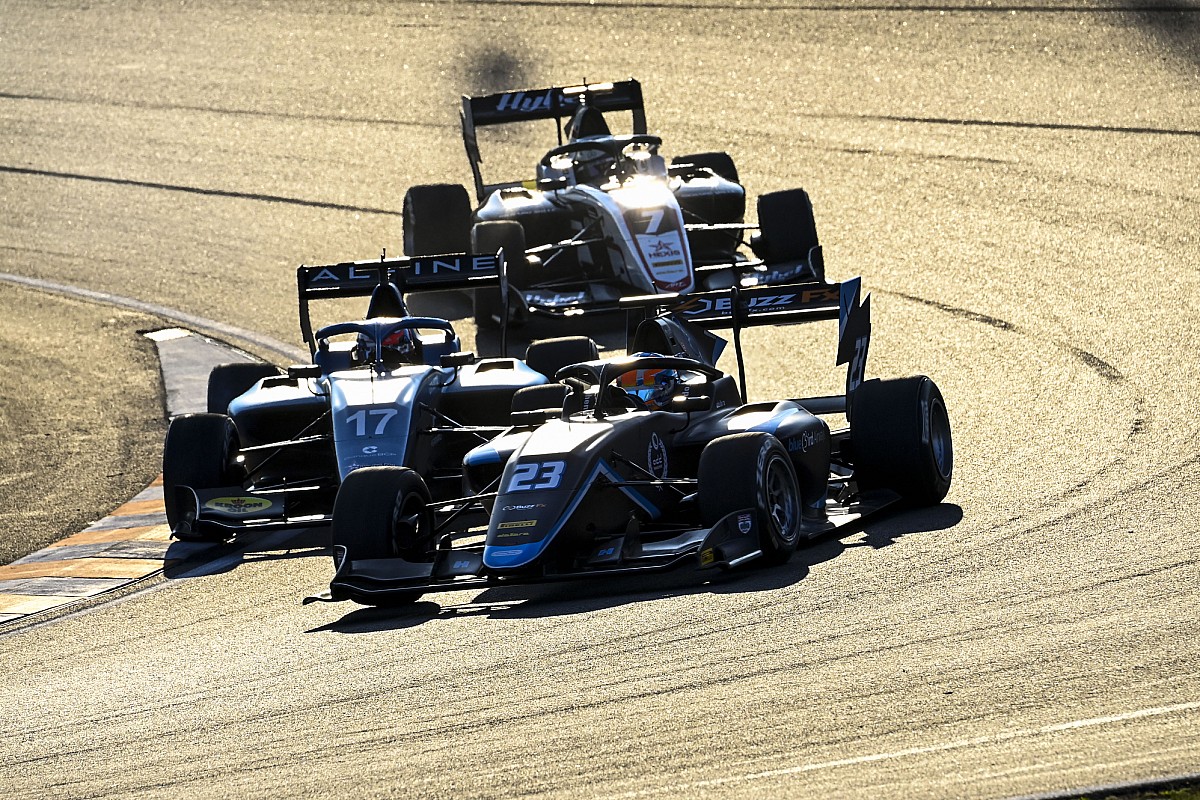 Prior to the Dutch Grand Prix weekend, it had been expected that making moves around the newly-renovated track would be difficult due to the number of high-speed sweepers that would make it difficult for cars to follow each other closely.

But second sprint race winner Martins and third-place finisher Frederik Vesti both said they were not expecting as many chances to gain places, with a “really surprised” Vesti adding that “this track really suits the championship well”.

Vesti said: “I was actually really surprised both in race one and in race two, we have been able to overtake, not easily but it’s possible, and especially if you’re strong through Turn 13 and you have DRS.

“Something that really surprised me was how close you can follow on this track, even in the fast corners, [Turns] 7 and 8, you can really follow close compared to other tracks.

“I would say actually this track is a lot better for the weekend than I expected. For sure, quali would be fun on a track like this, but I don’t think anyone expected that the races would be this exciting and fun.

Martins had been sitting in fourth until racing resumed after a safety car from laps three to six, and used Ido Cohen and Vesti’s battle for second to his advantage, sweeping up the inside of the Dane at Turn 3.

The French rookie eventually gained the momentum to pass Cohen with the help of DRS on the start-finish straight on lap 14, Vesti following him through one lap later in an almost carbon-copy of Martins’ earlier move. 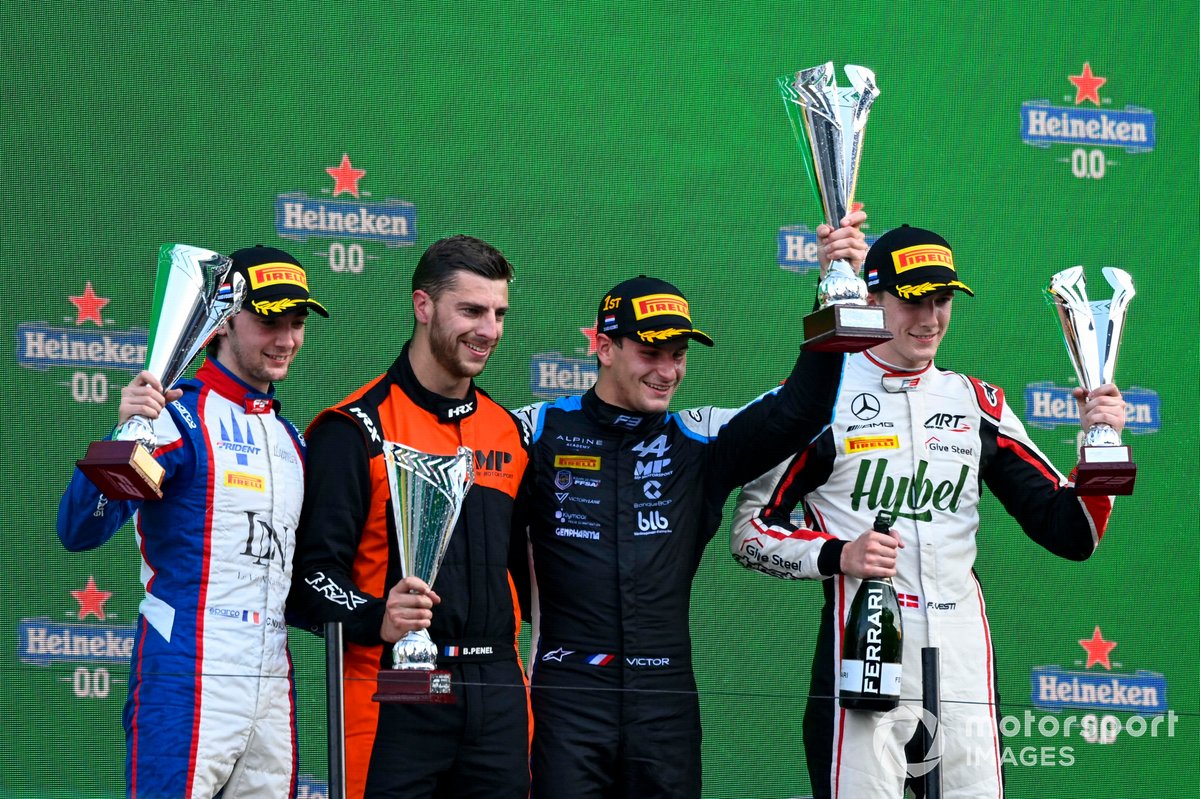 Martins took just two laps to pass long-time race leader Novalak around the outside of Turn 1 and was never headed thereafter.

Martins said: “I think we were not expecting to overtake that much or have that kind of opportunity going into Turn 1.

“But at the end, we can see that going into the last corner, we don’t actually lose that much time when you are close to someone.

“Today… the DRS was really powerful and I think when you have this experience, for example I got Cohen many times, I got the DRS and I came back quite strongly, so I could see how much I was gaining.

“I could really get that advantage, to have that much power from the DRS and then going into Turn 3 we can see that there are a lot of opportunities and at the end.

“We don’t have that much degradation, but I think you can really do mistakes quite easily.

“We are all on the edge, so I think we can make some moves at some point quite – not easily, but if you keep it clean you can have some opportunities that we were not expecting.”