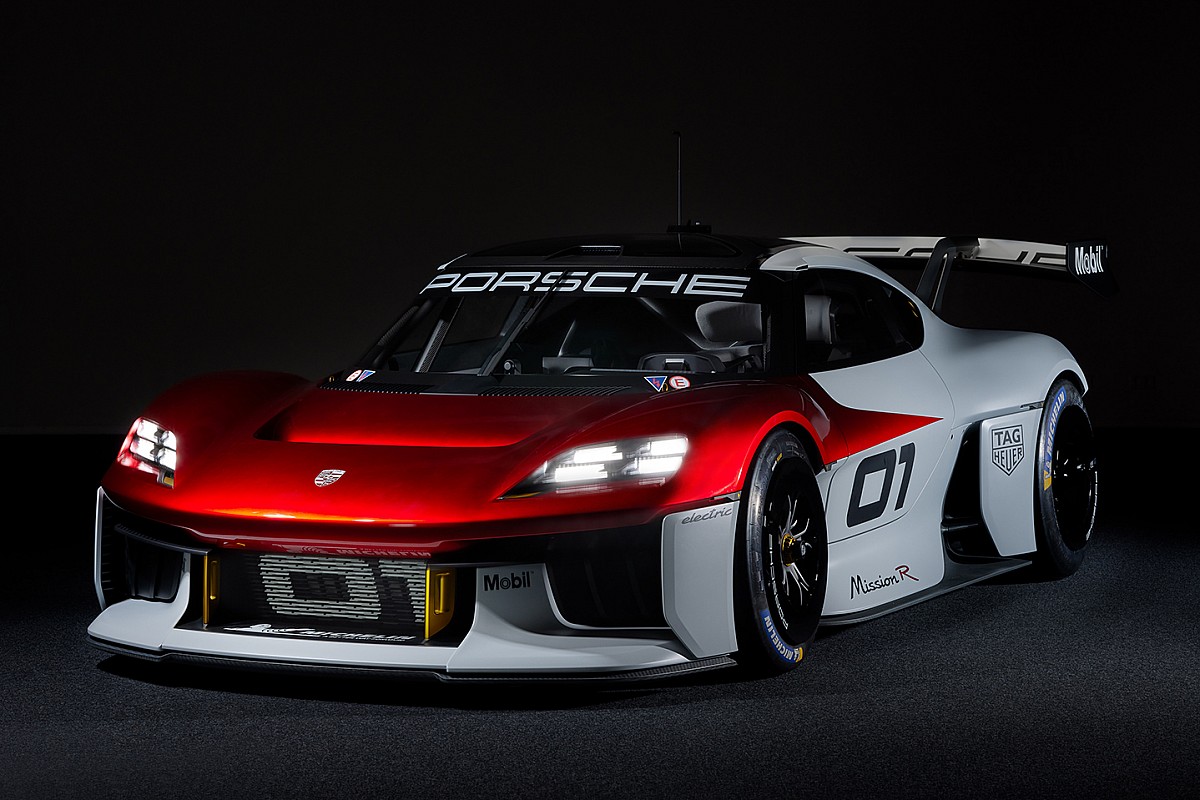 The Mission R revealed at this week’s IAA Mobility motor show in Munich “provides an indication of what the future of one-make series with all-electric cars could look like,” according to the German manufacturer.

The combined power output from the motors give the car approximately 1075bhp in qualifying mode and 670bhp in race configuration.

That means the Mission R is capable of achieving equivalent lap times to the current 992-shape 911 GT3 Cup, which is the basis of the marque’s Formula 1-supporting Supercup and national one-make series around the world.

Porsche claims that the race power output will be constant under sprint-racing conditions because derating of the battery as it gets hot has been eliminated.

The 80kWh battery can be charged from a five to an 80% state of charge inside 15 minutes.

The aerodynamics of the Mission R also incorporate a Drag Reduction Systems at both the front and rear.

Porsche chairman Oliver Blume said: “In addition to our involvement in the Formula E World Championship, we are now taking the next big step forward in electric mobility.

“The concept study is our vision of all-electric customer motorsports.

“The Mission R embodies everything that makes Porsche strong: performance, design and sustainability.” 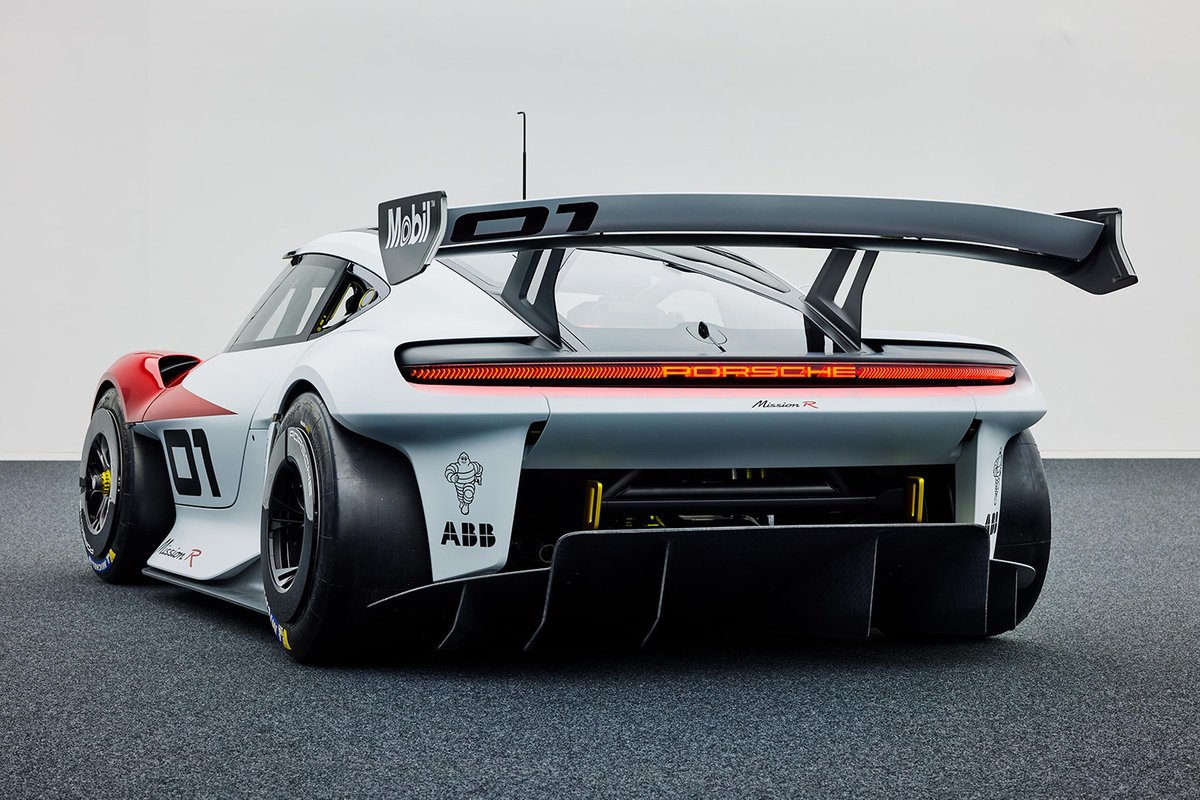 The driver safety cell in the car can also double as an Esports simulator, a move designed to bring “real and virtual racing closer together”, according to Porsche.

Environmentally-friendly natural fibre reinforced plastic (NFRP) is incorporated into the bodywork of the car.

No mention was made of the FIA Electric GT Championship that was announced earlier this year on the announcement of the Mission R.

Porsche had stressed that any involvement in electric GT racing would be based on customers.

That appears to contrary to the FIA’s plans for the eGT series, which is aimed at full-factory participation.

Pascal Zurlinden, head of factory motorsport at Porsche, described the eGT regulations as “quite interesting” earlier this year.

“We are always looking at the evolution of the regulations,” he told Autosport in May.

“If there is an electric-based GT programme, it should be a customer-based programme — this is the target.

“If you look EV racing, there is Formula E and we are already in, so having two works programmes doesn’t look realistic.”

The latest all-electric concept follows on from two previous Porsche’s bearing the Mission name: the Mission E of 2015, the first electric car from the marque, and the Mission E Cross Turismo that followed three years later.