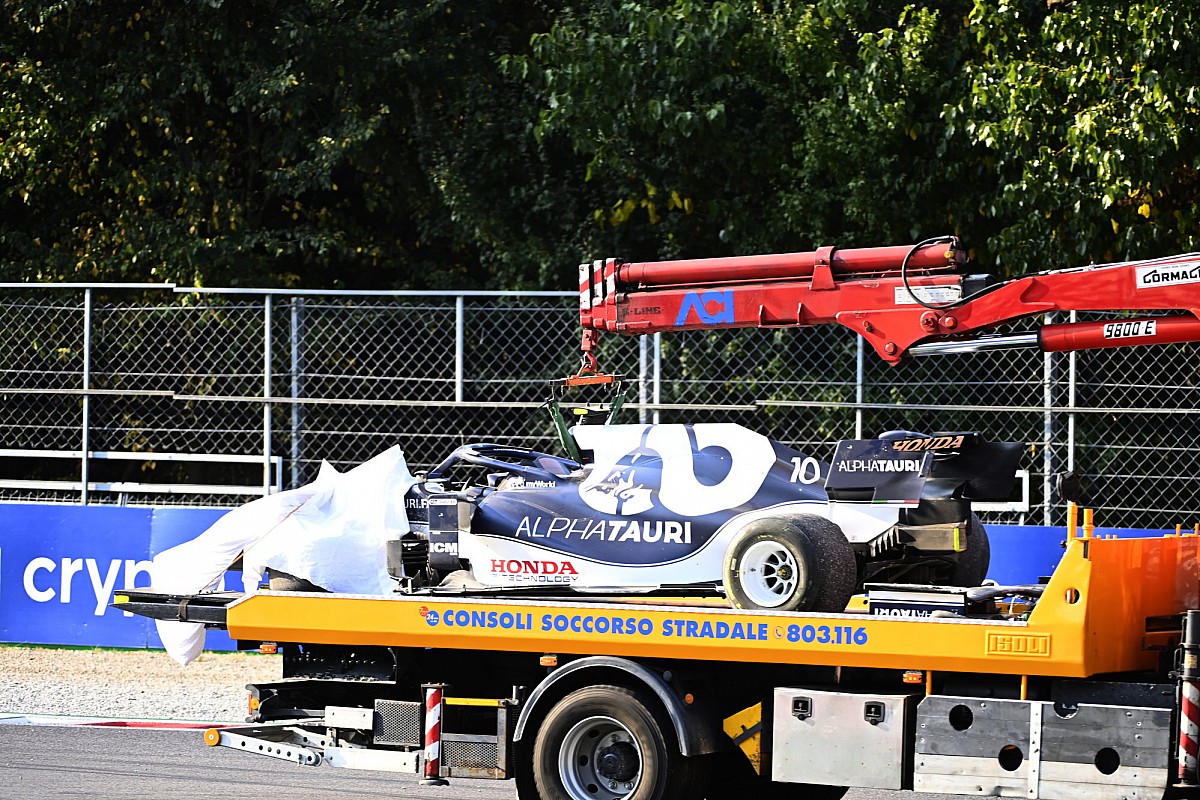 Gasly qualified sixth on Friday at Monza, only to pick up front wing damage on the opening lap of the sprint race, causing him to crash at Curva Grande.

With Gasly due to start Sunday’s grand prix from last place on the grid, it prompted AlphaTauri to take advantage of the situation and take an additional power unit.

FIA technical delegate Jo Bauer confirmed in the build-up to the race that Gasly had taken a new engine, turbocharger, MGU-H, MGU-K, control electronics and energy store on his Honda power unit.

In addition, Gasly also took a new gearbox, all of which would typically add up to a back of grid penalty.

But Honda as has opted to fit a different specification of energy store, Gasly will now be required to start the race from the pitlane.

Gasly said after Saturday’s sprint race that he knew it would be “very difficult” to fight his way back into the points, given the difficulty of overtaking at Monza.

“[I saw] Lewis [Hamilton] really struggle, he could not pass Lando [Norris],” Gasly said in the media pen at Monza.

“The same with the Alpines and Aston Martins were really close for many laps, but still no overtaking.

“We know it’s going to be extremely difficult to come back. But at the end of the day, whether you finish P18, P11, P15, it is the same. It doesn’t mean anything.

“We need to try everything to at least score a point.” 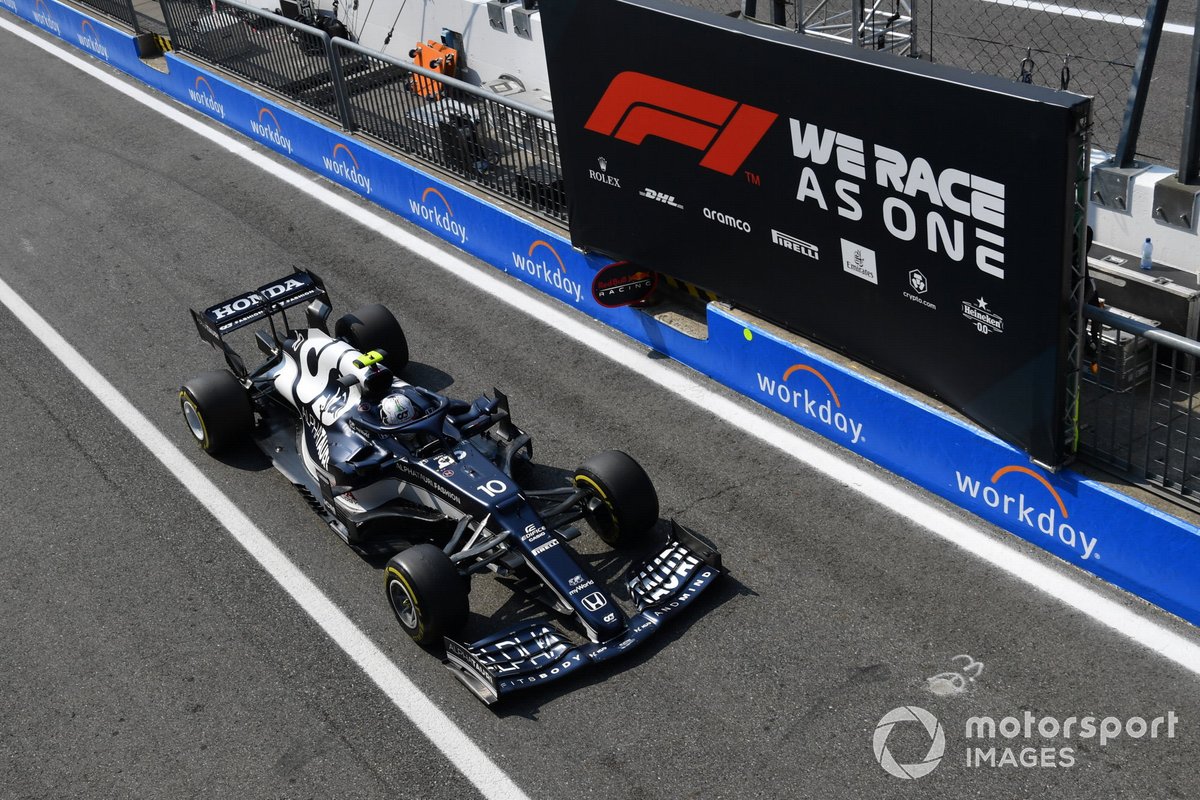 AlphaTauri is the only team to have scored points at every race this season, but is at risk of seeing that streak come to an end. Gasly’s team-mate, Yuki Tsunoda, will start 15th on Sunday.

Gasly’s front wing damage came after a touch with Daniel Ricciardo’s rear wheel at Turn 1, eventually causing it to go underneath his car.

“I felt the contact with Daniel and straight after that I went on the radio to ask the team to let me know if there was something,” Gasly said.

“Literally two seconds after that, the front wing went under the car and I went straight to the wall.

“I could see some sparks but I didn’t know if it was the endplate which was scratching on the floor, or if it was actually the front wing which was fully dislocated.

“It was basically I think five or six seconds after the contact that it went under the car and that was it.”