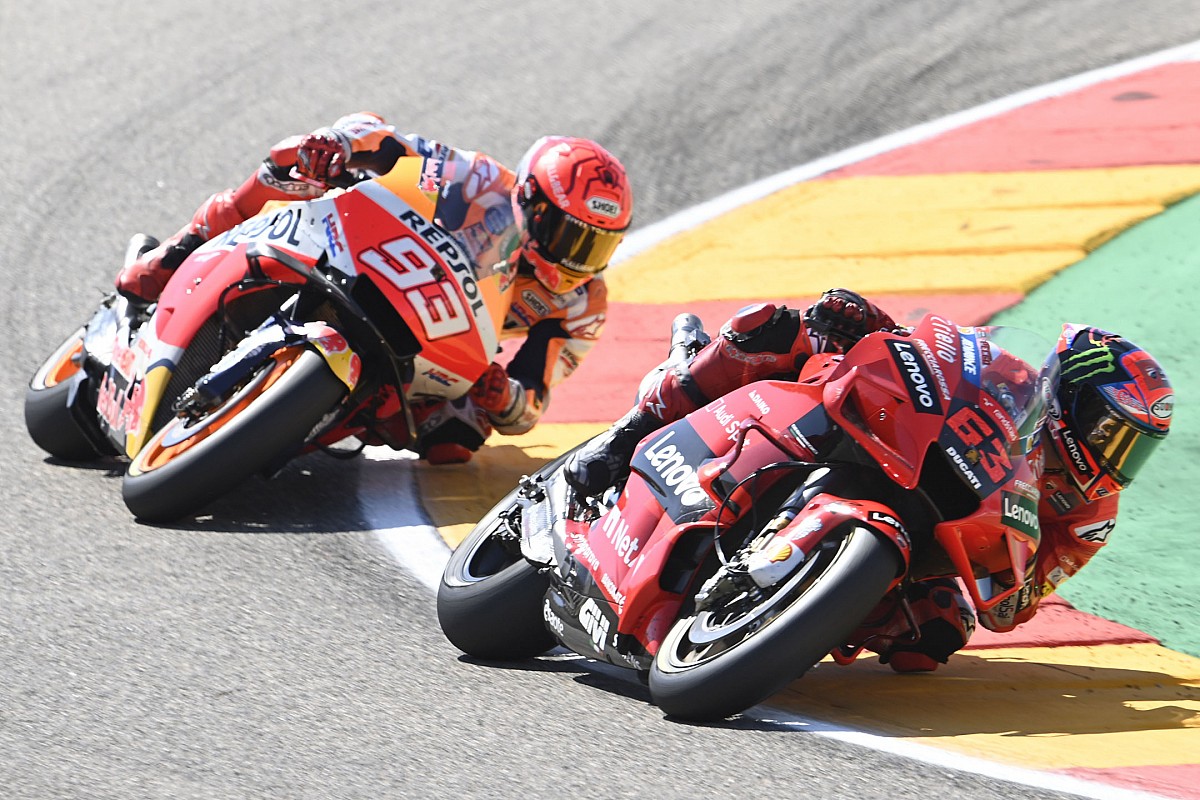 Marquez battled hard with Bagnaia in the 23-lap Aragon contest, launching seven overtakes across the final three laps in an ultimately futile bid to deny the Ducati rider his maiden MotoGP win.

The six-time MotoGP world champion is no stranger to battling with Ducatis for victory, having gone head-to-head with Dovizioso – the rider Bagnaia replaced – on a number of occasions across 2017, 2018 and 2019.

Marquez – who admitted he “didn’t enjoy” the fight on the bike – says Bagnaia rode like Dovizioso in their Aragon battle, only Bagnaia was able to carry more corner speed.

“I tried to analyse where he was fast, where his weak points [were],” Marquez said.

“But there wasn’t any weak points. In all the race track he was fast.

“I fight many times against Dovizioso. Pecco was same as Dovizioso but with more corner speed.

“So, I say ‘ok, where can I overtake?’ I didn’t find a place to overtake because he was braking later than me and stopping better the bike and accelerating better.

“I was a little bit faster on some braking points, on the left side especially.

“On the right side I was struggling a lot. I tried, but the problem is when I try, I saw a little bit I was on the limit, I gave up a little bit and he came back with good speed. 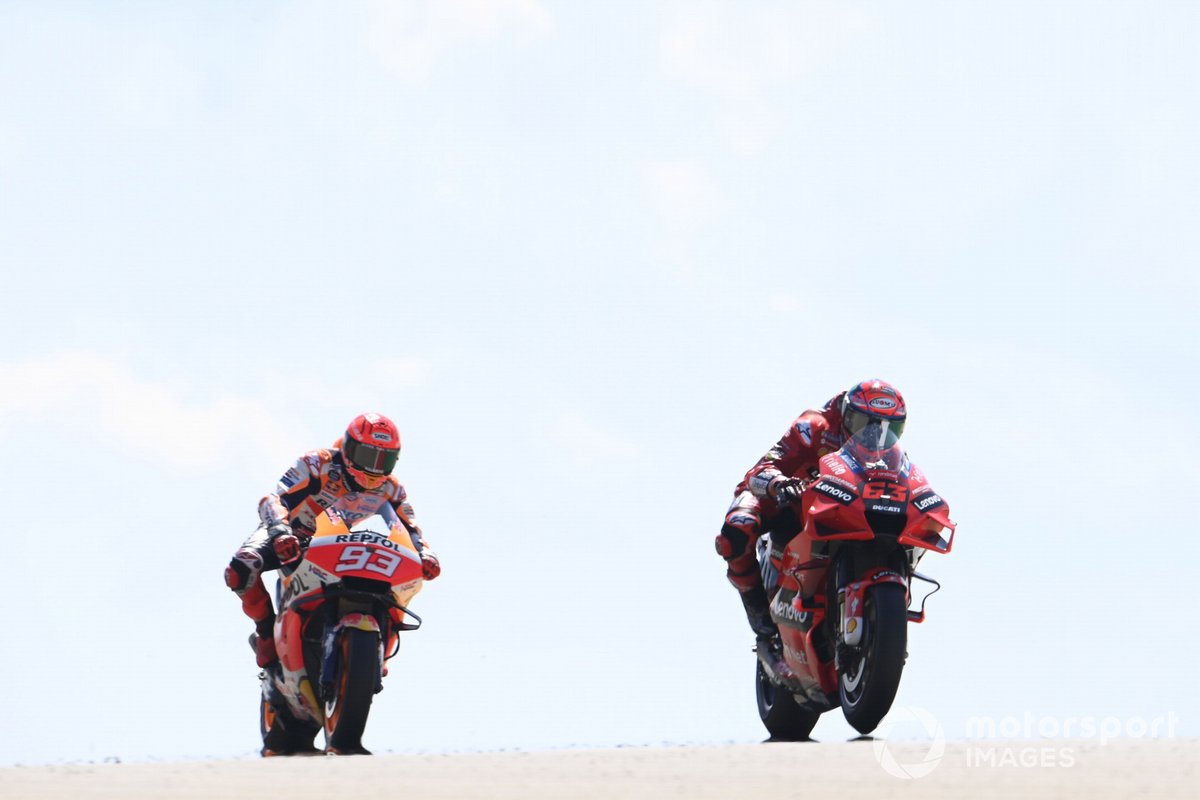 “I hope all the fans enjoyed the battle; it was a great race.

“I didn’t enjoy it on the bike, I suffered more than I enjoyed, but it will be nice tonight with a pizza watching the race.”

Marquez conceded it was hard to approach the race following two crashes across the Aragon weekend – not least because he is wary of wasting opportunities for top results when they are far from guaranteed in 2021 in his current physical condition.

“I’m happy about this second place especially because we were coming with two crashes in a row – a crash on Friday and a crash on Saturday,” he added.

“I’m human and it’s difficult to approach a race, to be fast and of course I don’t want to do another mistake because these kinds of opportunities and the feeling on the weekend, which was good, I don’t know if I will have another opportunity in the future like this.

“And I tried, I tried everything, I tried to follow Pecco from the beginning and I knew before giving everything in the final attack that he was riding very good, he was braking so late, stopping the bike well and especially on the acceleration side he was so fast.

“I knew also that in the last lap that even if I arrive in the back straight in front, he will overtake me.

“But I tried, I tried all that I and it was an incredible race.

“It’s extra motivation for us, difficult year for us but even like this, a result like this riding with some difficulties, we are able to fight with the top guys.”