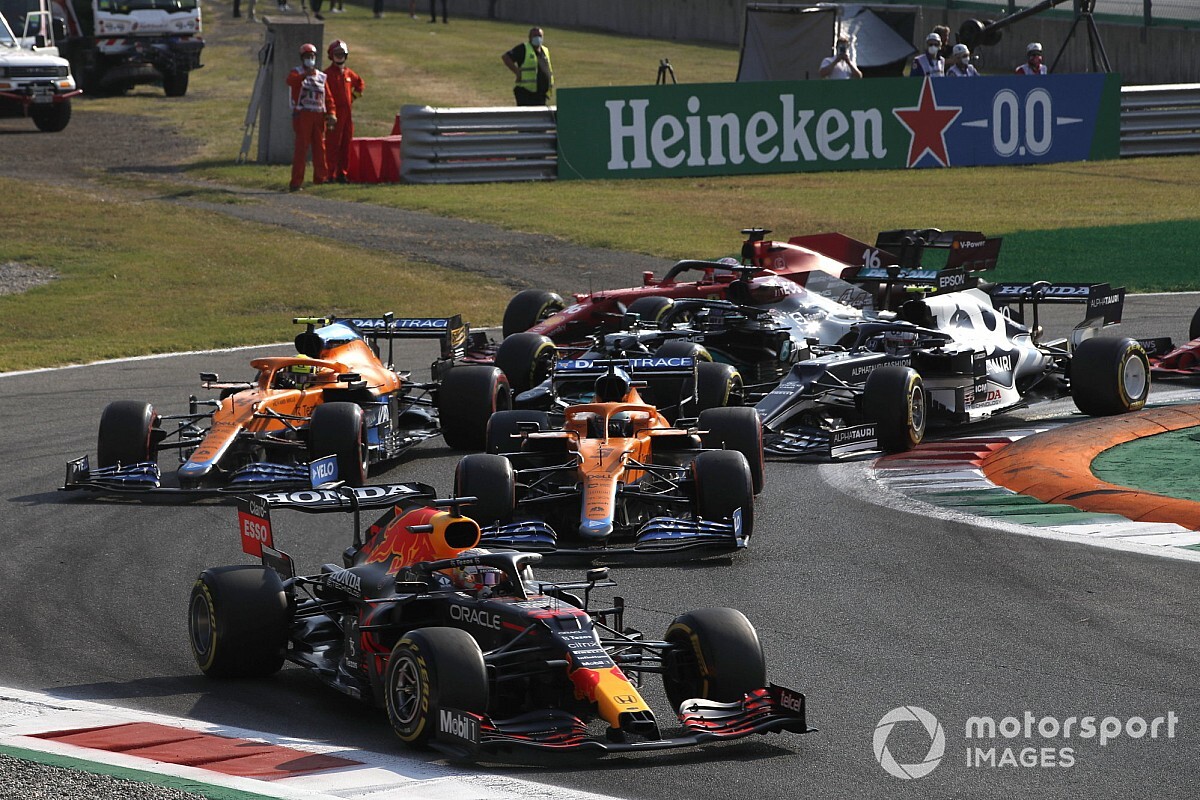 With sprint qualifying winner Valtteri Bottas moving to the back of the grid as the result of an engine change penalty, Ricciardo’s third place finish on Saturday means he starts right behind pole man Max Verstappen for Sunday’s main race.

On the back of McLaren’s good getaways in the sprint, Ricciardo is sensing an opportunity to overhaul Verstappen early on – and then try to hold on at the front.

“We’ll see what can happen at the start,” said Ricciardo. “I think obviously there’s a potential chance to lead the race, so obviously we’ll try to do that and then figure out the next 50-odd laps after that.

“I’m pretty positive going into it, and I think we can definitely shake things up a little. I think more of the challenge is the pitstop. Like the pitstop window, that’s where potentially the faster cars have a chance to stretch their legs or get some clean air, so that’s maybe the part of the race we have to watch.

“But for the start I think we can attack and try to go for glory.”

McLaren team boss Andreas Seidl said McLaren would grab every opportunity it could to gun for the win, but was realistic that just bringing home a good haul of points was the main goal. 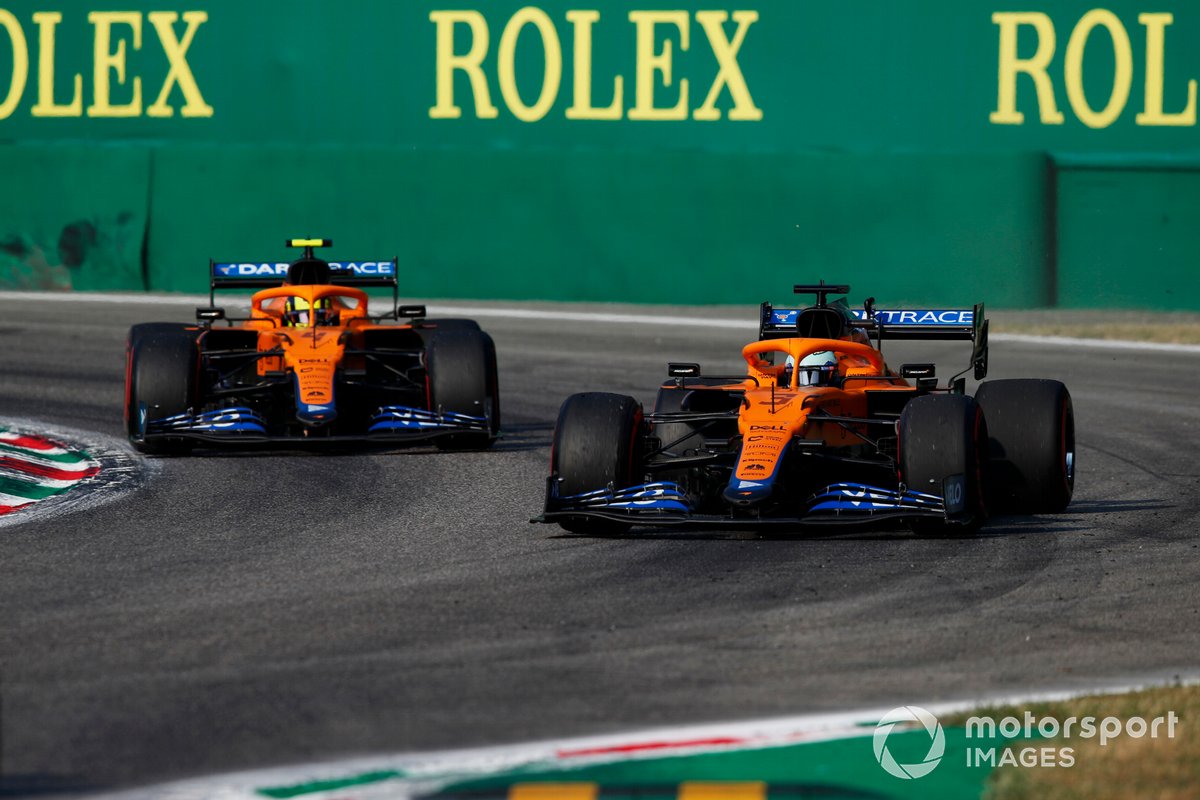 However, he acknowledged that the starting positions put McLaren in a good place early on.

“Every Sunday we wake up because we want to win the race, but it will be difficult to do that purely down to our performance,” he explained.

“But of course we’re starting in P2 and P3 and, having a competitive car, there might be opportunities to be there. So that’s how we will approach the race.

“Of course we will not try to do anything stupid, but when you start from P2 and P3 at Monza, and also with a long run to the first corner as well, there’s always a chance to get a good tow and maybe be first after the first corner.”

But despite the optimism about the race chances, Ricciardo’s team-mate Lando Norris was not as optimistic about the prospect of beating Red Bull and Mercedes to the win.

“We’ll try if there’s an opportunity, but I think our pace is too far [off],” he said, despite having held off Lewis Hamilton in the sprint.

“I think in a way I had that bit of a slipstream from Daniel, who was 2, 3, 4 seconds ahead, so that was helping me in my defence to Lewis.

“I think over the longevity of the race tomorrow, which isn’t a sprint where you can push all you have got for 18 laps, it’s going to be a bit more difficult to try and do that kind of thing. We’ll try, you never know at Monza, but I wouldn’t say that’s our goal.”