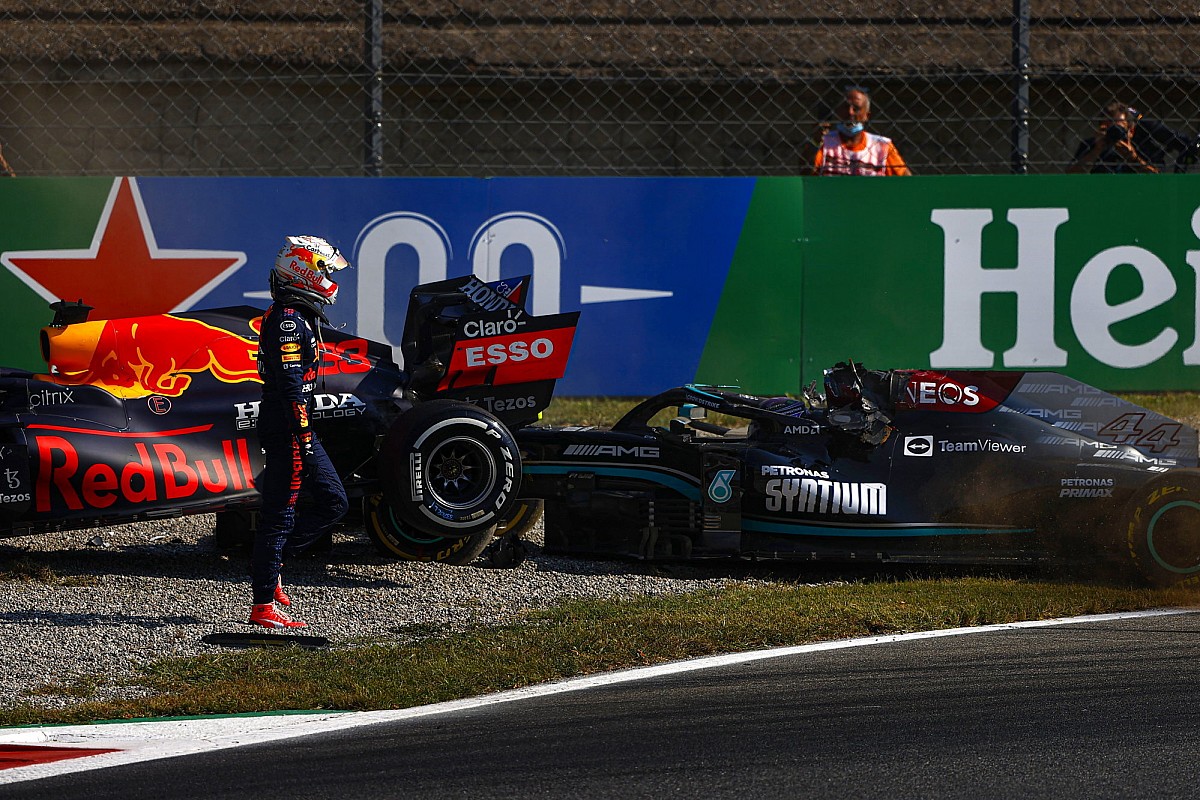 Red Bull driver Verstappen collided with Mercedes rival Hamilton at the first chicane on lap 26 of the Italian Grand Prix, just after a sequence of pitstops.

Hamilton had emerged ahead of Verstappen and held the inside line into the first chicane, where the Dutchman attempted to go around the outside and claim the apex for the second part of the sequence.

But Verstappen ran wide and bounced over a kerb, which launched him up and over Hamilton’s car.

While Verstappen blamed Hamilton for squeezing him wide as they battled for position, the stewards took a different view.

They judged that Verstappen was ‘predominantly’ to blame for the accident, which put both drivers out of the race.

The stewards concluded that at no point in the incident did Verstappen have claim to the corner, as he had never drawn fully alongside Hamilton.

The statement issued by the stewards explained at length the reasoning behind their decision.

“Car 33 braked late and started to move alongside Car 44, although at no point in the sequence does Car 33 get any further forward than just behind the front wheel of Car 44. 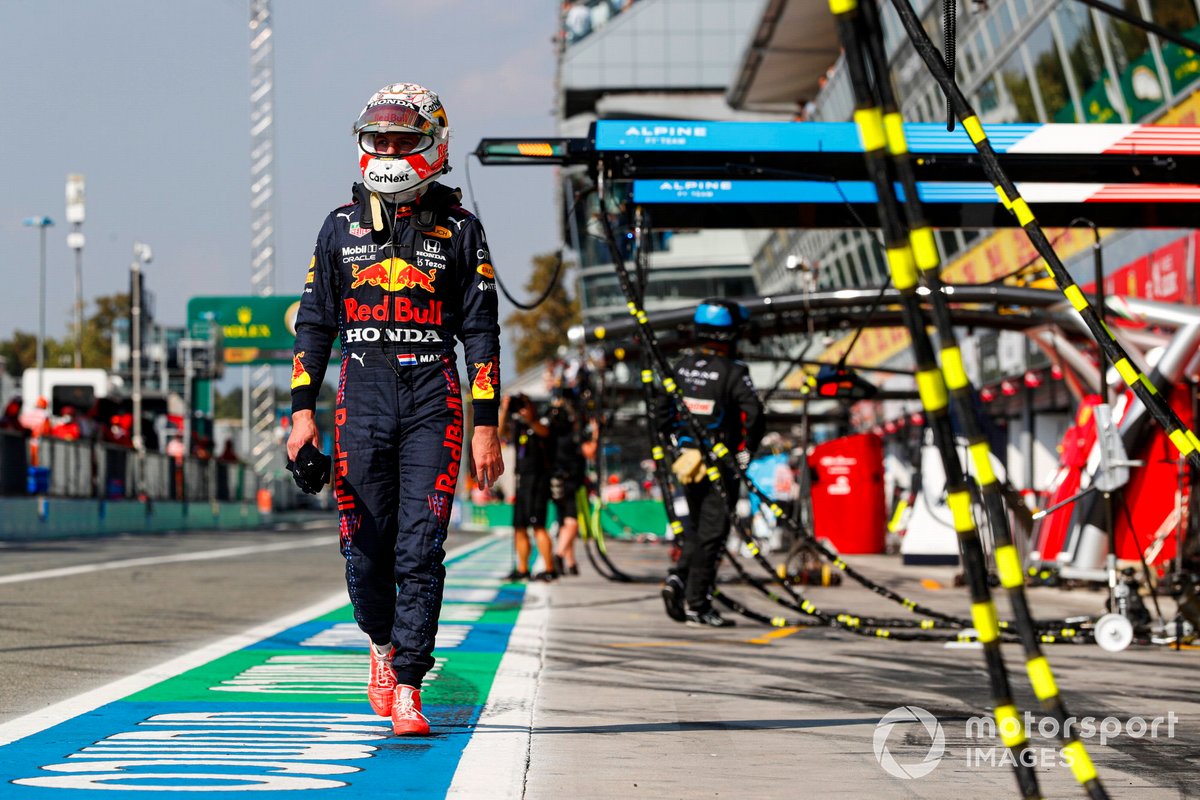 Max Verstappen, Red Bull Racing, walks back to the garage after crashing out of the race with Lewis Hamilton, Mercedes

“The driver of Car 44 asserted that the driver of Car 33 attempted to pass very late and should have given up the corner either by backing off sooner, or by turning left behind the kerb.

“The Stewards observed on CCTV footage that the driver of Car 44 was driving an avoiding line, although his position caused Car 33 to go onto the kerb. But further, the Stewards observed that Car 33 was not at all alongside Car 44 until significantly into the entry into Turn 1.

“In the opinion of the Stewards, this manoeuvre was attempted too late for the driver of Car 33 to have “the right to racing room”.

“While Car 44 could have steered further from the kerb to avoid the incident, the Stewards determined that his position was reasonable and therefore find that the driver of Car 33 was predominantly to blame for the incident.

“In coming to the penalty the Stewards emphasise that they have only considered the incident itself and not the consequences thereof.”

As well as the three-place grid drop for Sochi, Verstappen has been handed two penalty points on his licence. These are his first points from the last 12 months.

Responding to the penalty, Verstappen said: “I don’t fully agree with the penalty as I believe it was a racing incident.

“It’s very unfortunate what happened today but we are both professionals and so we will move on.”