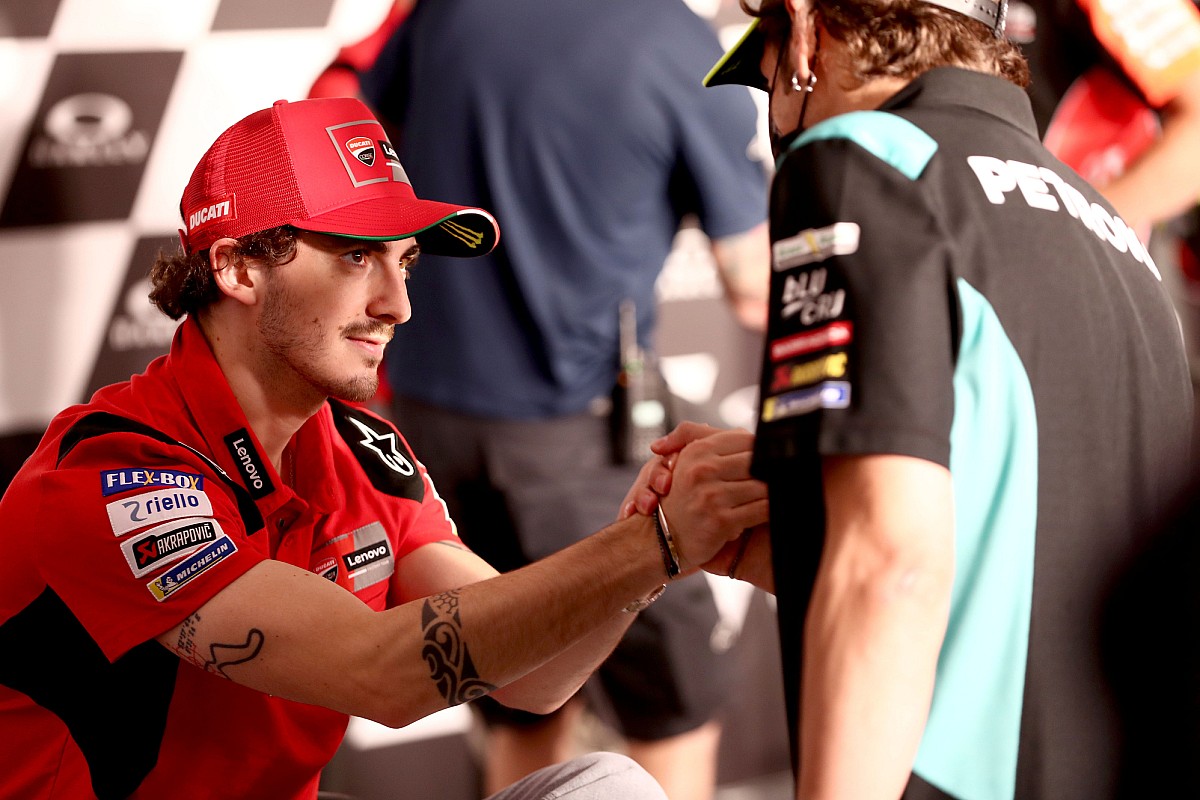 Ducati rider Bagnaia led from pole for the entire 23-lap Aragon GP and repelled a fierce attack from the Honda of Marc Marquez to claim his first MotoGP victory in a thrilling race.

The Italian becomes the second rider from Rossi’s VR46 Academy to become a MotoGP race winner after Franco Morbidelli, and claimed his maiden premier class triumph exactly 50 years to the day Ducati made its debut in the class.

Rossi couldn’t hide his delight for Bagnaia following Sunday’s race, and admits he pushed the young Italian hard to make sure he selected the hard front and soft rear tyre for the race having in the past made “some strange decisions” in this area.

“I want to say first of all that I am really, really happy for Pecco, first of all personally because I am a great friend of Pecco’s and we stay together a lot of times during the weekends and at home,” said Rossi, who was 19th on the Petronas SRT Yamaha.

“So, I have to say first of all my congratulations because the first victory in MotoGP is a moment that a motorcycle ride never forgets.

“Also, a victory like this with a battle to the last lap is something great.

“I think that he deserves this because all this year he was very fast and he rides the Ducati in a fantastic way.

“Yesterday I said to him it’s the moment to win because he is always very fast.

“Sometimes in the past he was unlucky with the tyres, but today was the day.

“I tried yesterday [Saturday] to hypnotise him, telling him ‘hard/soft’ [repeatedly], because sometimes Pecco makes some strange decisions for the tyres.

“I saw him this morning and I said it another time, so I’m very happy for him.” 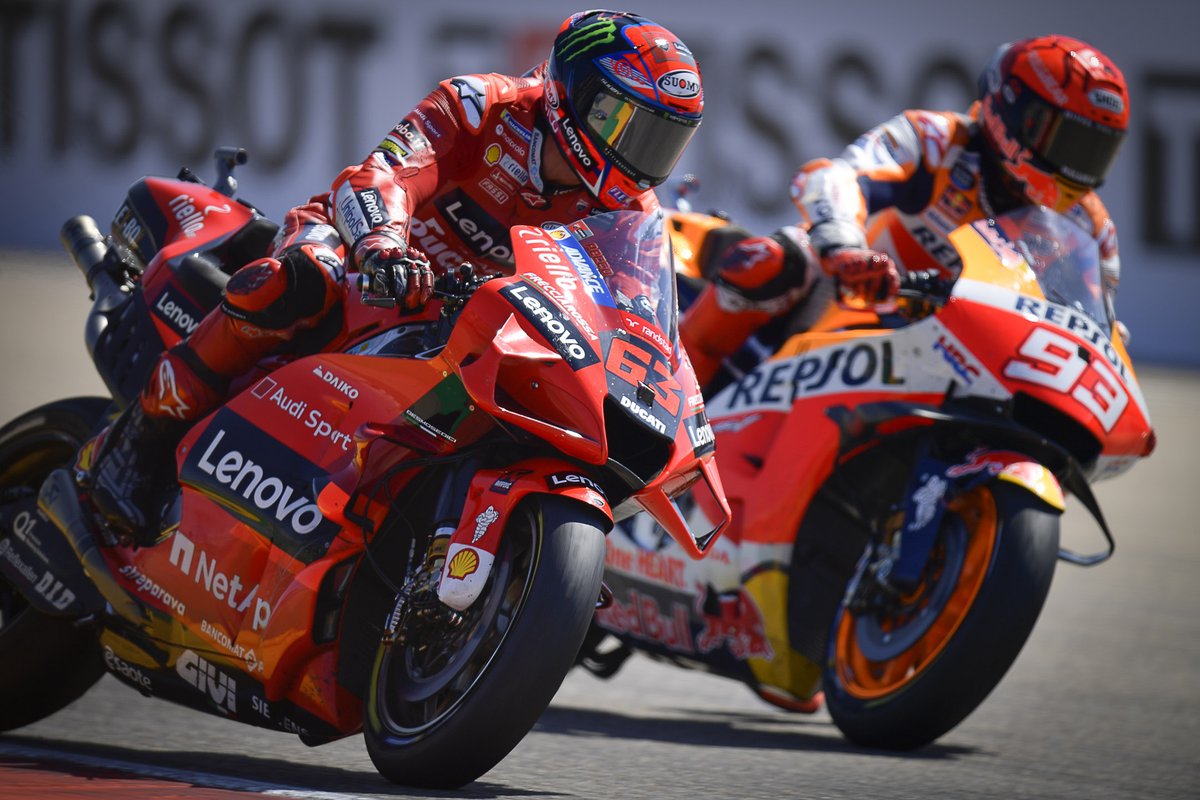 Rossi went on to express how “proud” he was of the efforts the VR46 Academy has made in helping young Italian riders become successful in grand prix racing.

“Secondly, I’m also very proud of the work of the Academy, because we take Pecco from Moto3 and we helped Pecco to reach this level and we are very, very proud from the Academy,” he added.

“In the end, they invest with their own hands because you need to be a strong rider.

“But we are very proud to help him arrive to this level, and also for Italy to win with a Ducati is something fantastic.”