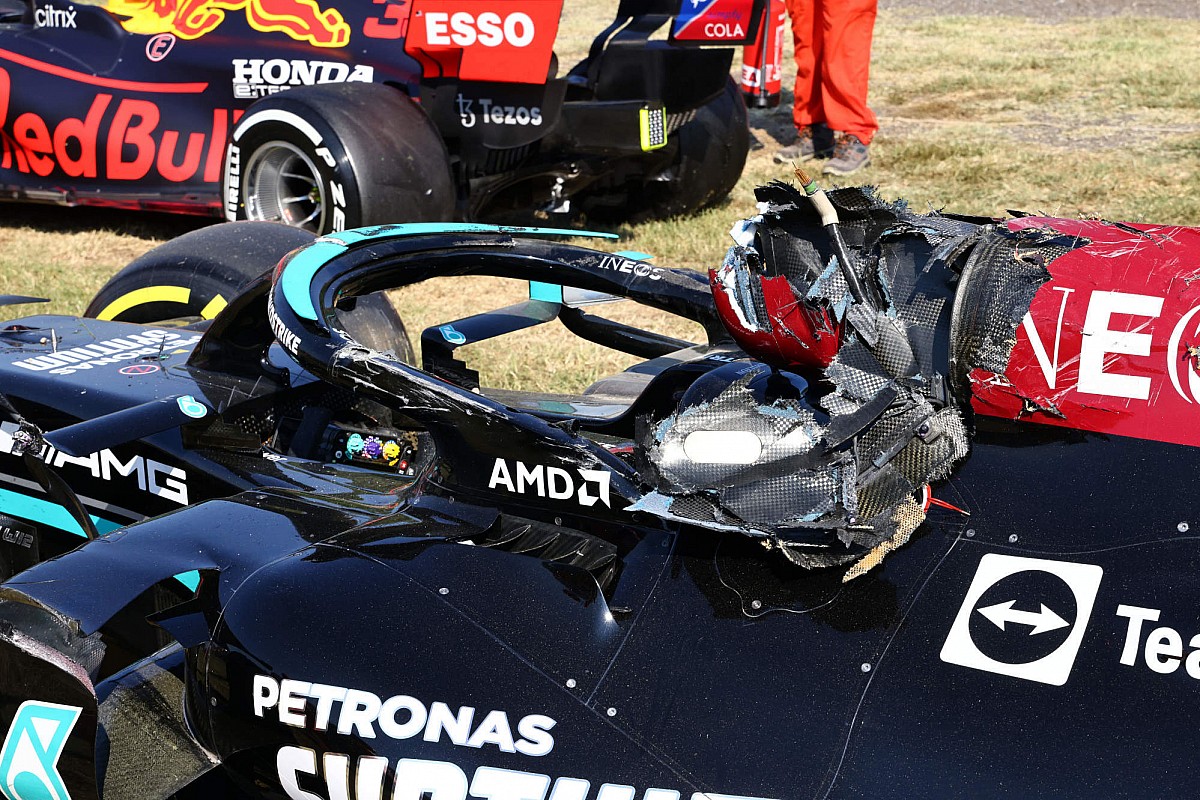 One of Verstappen’s wheels made light contact with Hamilton’s helmet, but the majority of the impact was buffeted by the halo cockpit protection device.

Mercedes F1 boss Toto Wolff believed the halo “definitely” saved Hamilton’s life, while Hamilton himself said he felt “incredibly blessed that someone was watching over me today”.

The halo underwent extensive testing and research at Cranfield University prior to its introduction to F1 in 2018, and its subsequent expansion to all FIA single-seater championships.

In the aftermath of Hamilton’s accident, Clive Temple, the Motorsport MSc programme director at Cranfield University, said it was science, not luck, that had saved the seven-time F1 world champion.

“Hamilton was not lucky,” Temple said.

“It is a fact that engineering and science underpin all of this work which ensures drivers are safe. Safety is the primary concern in motorsport.

“The halo was introduced in 2018 and proved its worth in that season when Charles Leclerc, who was then driving for Alfa Romeo, was protected from [Fernando] Alonso’s flying McLaren.

“We also had the [Romain] Grosjean fireball incident in November 2020 and again the halo came to the fore there along with other safety measures such as the deformable nose cone protection, in-helmet safety system and the barrier, itself.

“It’s been shown that the halo is now one of the major safety devices that has served all drivers who are racing single seaters from F1 all the way through to Formula 4.” 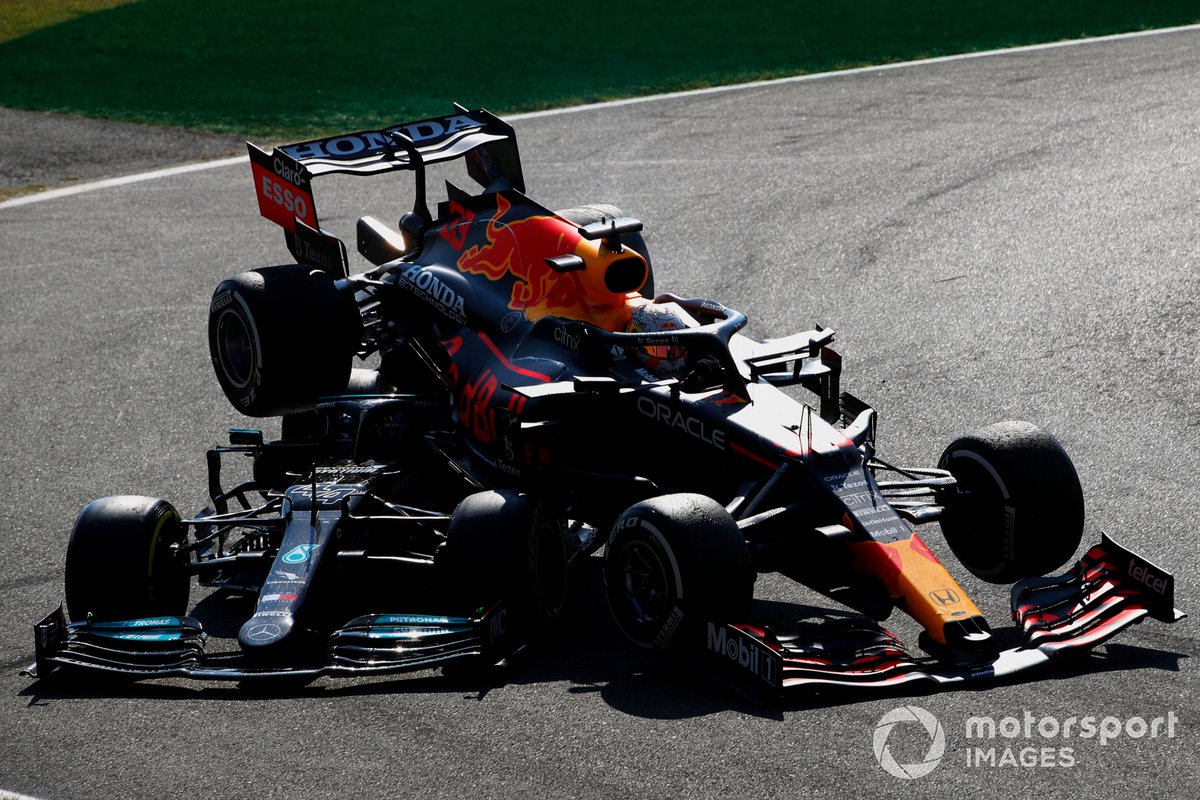 Temple added: “As this crash has proven, the halo is exceptionally strong and is integral to other safety critical elements within the car.

“Hamilton experiencing Verstappen’s car coming on top is probably around the equivalent of close to a London double decker bus landing on top of the car.”

“Really this is a testament to all the safety that has been put in place in Formula 1 across the last few years,” Vowles said.

“The halo truly saved his life in this instance, the helmet took the impact and took it well without damaging him and again the HANS device acted as it should do.

“Those three devices all working together to ensure Lewis is a little bit bruised and hurting, but OK.”

F1 released a 360-degree video of the accident from the onboard camera on Hamilton’s car in the days following the incident, showing the nature of the impact up close.

Verstappen was ultimately deemed to have been predominantly at fault for causing the collision, resulting in a three-place grid penalty for next weekend’s Russian Grand Prix.