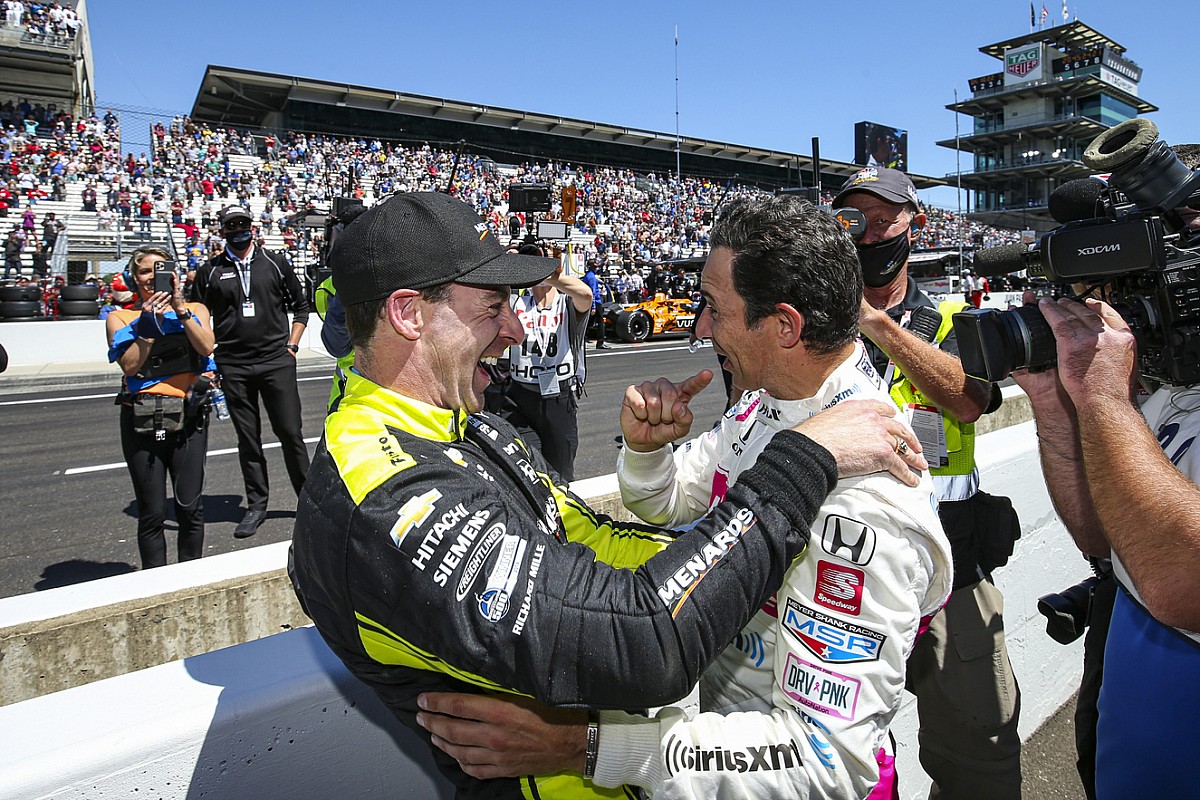 For now, Pagenaud has been impressively discreet on the subject of his plans for next year, but Autosport understands that he is departing Team Penske at year’s end and is set to join fellow ex-Penske refugee Castroneves at MSR.

Asked who would be his perfect choice of teammate to replace the departing Jack Harvey, Castroneves replied: “It’s always good for a team that is up-and-coming to have someone with experience. It helps me as well, because at the same time I’ve been away from the car for so many years.

“So it’s good to have someone who has been in these cars for the last three or four years, who all he has to do is just transition from one team to another.

“But if it comes down to it and it’s a young kid, I will work together with him too.”

Asked if he’s indicating that he’d prefer 2016 IndyCar champion and 2019 Indy 500 winner Pagenaud, Castroneves sais: “You tell me! Is that what’s happening? You have good sources.

“But seriously, look, I had a great experience working with Simon for what… three years on the IndyCar side? We worked really, really well together. Yeah. That would be awesome.

“But if it was Oliver [Askew] or someone else, then that would be good too. Why not? Whoever, I would love someone that I can work with to help elevate the team.” 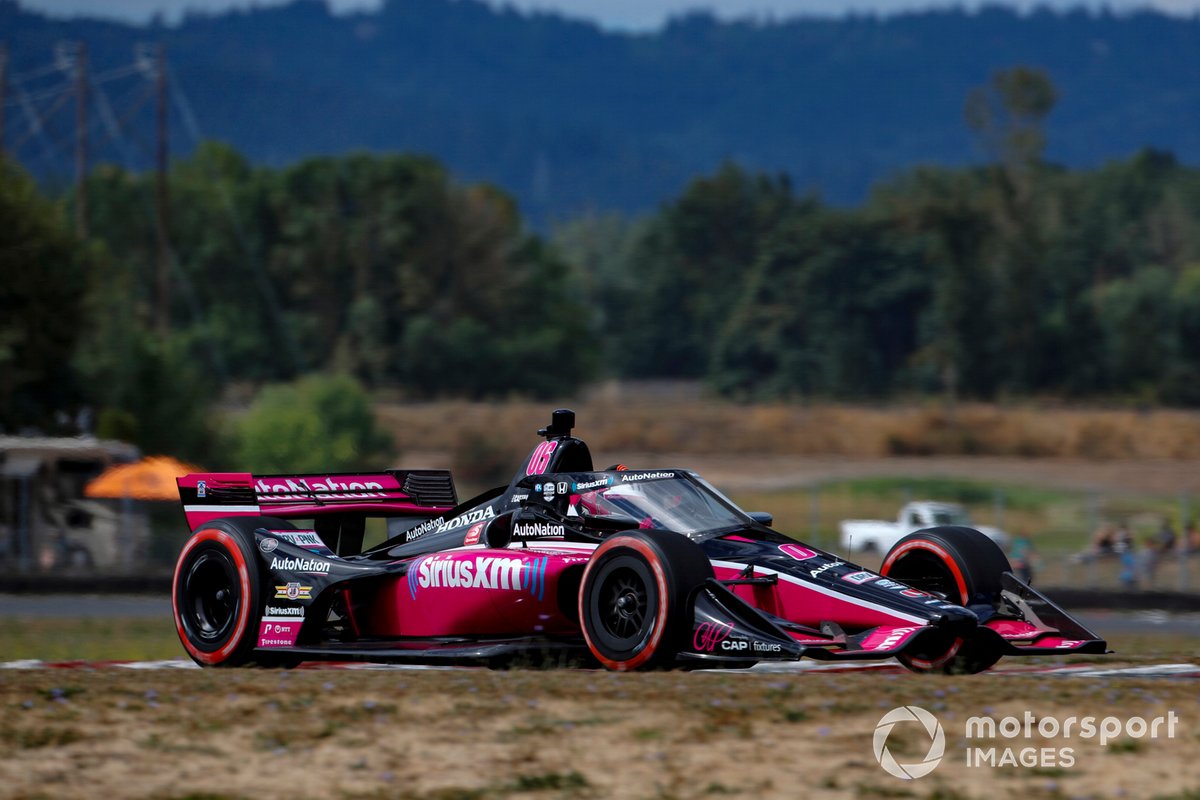 Castroneves says he’s excited to return to Laguna Seca, the track where he tested an MSR car for the first time ahead of his part-time return to the series.

After running his final Indy 500 for Team Penske in May last year, Castroneves was a late sub for Oliver Askew at Arrow McLaren SP in the Harvest Grand Prix, in between his IMSA WeatherTech Sports Car Championship duties for Acura Team Penske which resulted in he and Ricky Taylor clinching the Prototype title.

But it was here at WeatherTech Raceway Laguna Seca in March that the Brazilian legend first got a chance to test an IndyCar for Meyer Shank, ahead of a six-race program alongside fulltime MSR driver Jack Harvey. That ultimately led not only to Castroneves clinching a historic fourth Indianapolis 500 victory, but also cementing a fulltime 2022 ride with the team co-owned by Michael Shank and Jim Meyer.

That Laguna Seca test was not easy as Castroneves re-adapted to an IndyCar on a challenging road course after racing the Acura ARX-05 for three years. At the time he admitted he needed to expunge some habits, and this weekend he recalled how tricky it had been to reprogram his muscle memory.

“God yes, that was interesting, the beginning of the comeback!” he told Autosport. “It was great to be back but I wish we’d had one more day after that day, because I was trying so many things.

“It was the first time with the team, and they were understanding what I needed – in the seat, the brake calipers and master cylinders, a whole bunch of things. I was also just trying to get my groove back.

“My most recent experience here was obviously sportscars and coming out of the Corkscrew in the sportscar, you could just hammer the throttle and the traction control did all the rest. In the IndyCar I did that and it was [motioned lock-to-lock sliding] ‘Whoah, whoah, hold on!’ But at the same time it was awesome and great to be back.

“Now I come back and I’m still looking for the sweet spot of the car, which is something my teammate Jack has already – and so do all the Andretti Autosport guys [with whom MSR has a technical partnership]. But that’s fine, it’s a learning process, and these races this year are almost like a test for a full season next year.”