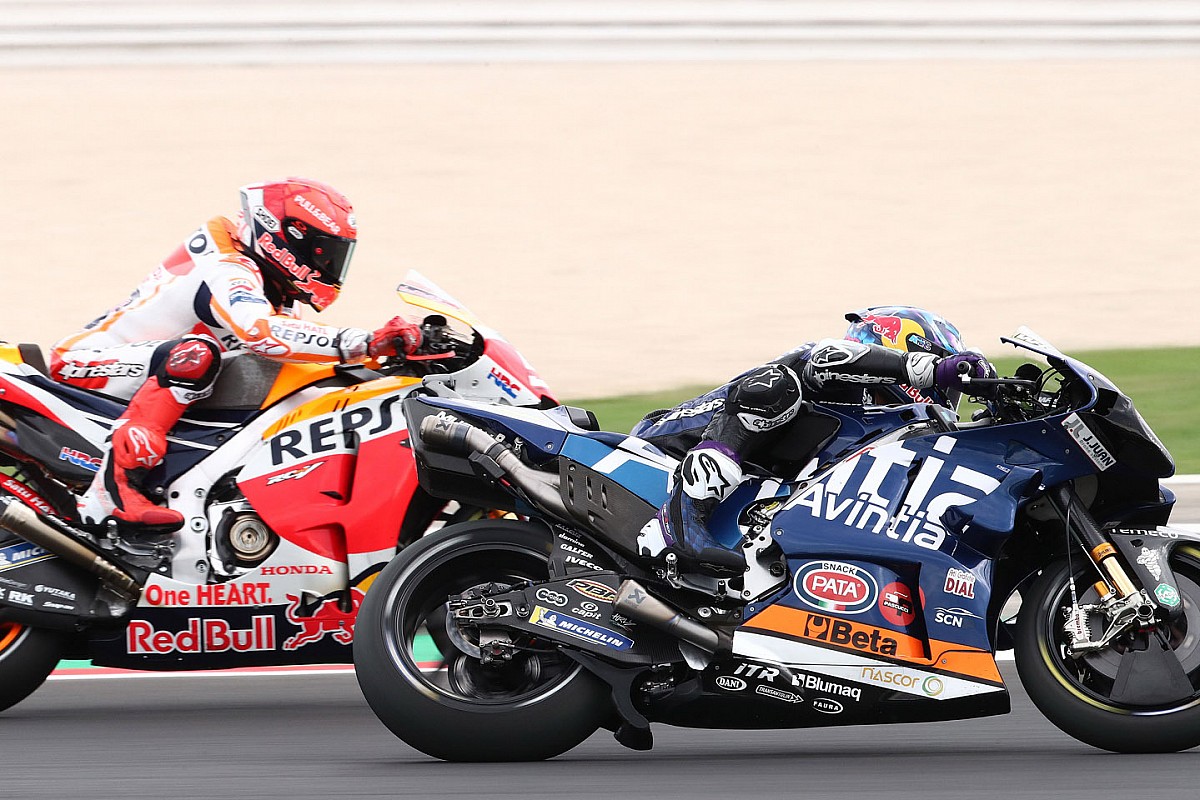 Bastianini came from 12th on the grid on his two-year-old Ducati to overtake Marquez for fourth by the sixth lap of Sunday’s 27-lap Misano race.

The Avintia rider went on to finish third to claim his first podium in the premier class, later admitting passing Marquez – whom he called “the boss of MotoGP” – was “fantastic”.

Marquez showered the young Italian in praise after finishing the race over five seconds adrift of him in fourth having been forced to ease off while following Bastianini.

“Yeah, of course Bastianini today… during all weekend [he was fast],” Marquez said when asked by Autosport what he thought of the Avintia rookie’s race.

“When he overtook me, I immediately understand that this guy, this rookie today has a great opportunity.

“And in one part of the race I was following him and we were catching [Fabio] Quartararo and the top guys.

“But then I saw I was over my limit and I said ‘cool down, let him go’.

“But he was riding very good. He understands the Ducati a lot, the way to ride, he was braking late and exiting the corner with a lot of torque and a lot of grip. 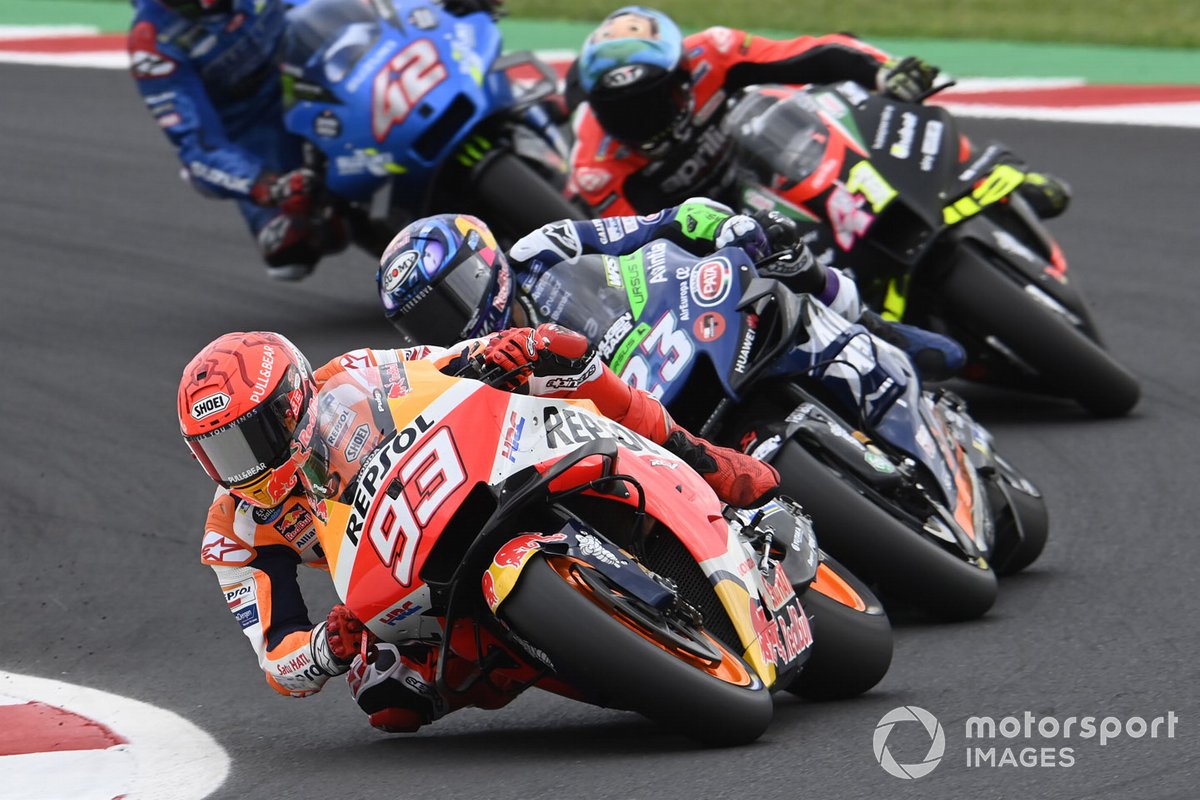 “So, nothing special, but he was doing everything in the correct way. So, when you do this with the MotoGP the lap time arrives.”

Commenting on his own race, Marquez says fourth was a “more important” result than his podium a week ago at Aragon as it came on a track far more physically demanding on his right shoulder.

However, he was quick to point out that he is still “far” from having the pace to fight for wins regularly – something that is also down to the deficiencies of the 2021 Honda as much as it is his physical condition.

“It means more. But it’s true my target is to fight for the victory and still I feel far.

“For example, ok I finished fourth but I feel far from the pace that [Francesco] Bagnaia and Quartarato were riding in today, and Bastianini too – he was very strong.

“But today I realised, ok physical condition is still I need to improve and it’s not 100%, but also we have some big weak points on the bike that without we would be able to be faster.

“Again, riding in a right circuit, a circuit which for example my team-mate was very strong during all weekend, we finished in front.