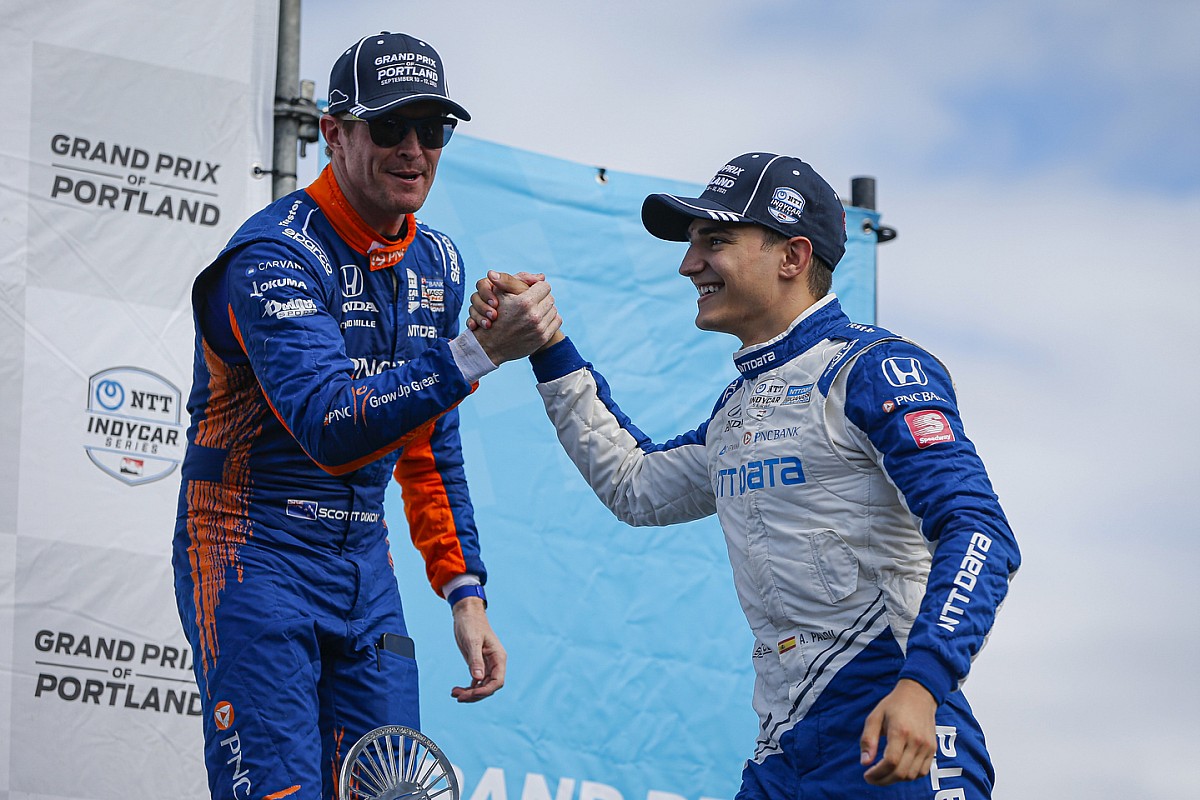 Franchitti, who works with both Palou and Dixon in his role as driver advisor at Chip Ganassi Racing, says that the working relationship between them this year has been key to Palou’s remarkable first season with the team.

Franchitti won three of his titles with Ganassi and Dixon was his teammate throughout his five-year stint there.

Palou goes into the series finale on the streets of the Californian city leading by 35 points over Arrow McLaren SP’s Pato O’Ward. Dixon lost his mathematical chance of retaining the title after a 13th-place finish at Laguna Seca, following his clash with a spinning Takuma Sato at the Corkscrew.

“When Scott and I were teammates here, we were generally both going for the title, I think it was only one year that we weren’t both fighting for it,” Franchitti told Autosport.

“And Scott was the perfect wingman for that. He said ‘I’ve got your back’ and he really did. I think he’s already said [to Palou] ‘Whatever you need, I’m there,’ and that’s great.

“Scott’s been good with Alex all year. He’s been helping him, he’s not been holding anything back. That’s actually surprised me, there’s not been any kept secrets. Everybody is showing their hands, which is nice and it’s great for the team.” 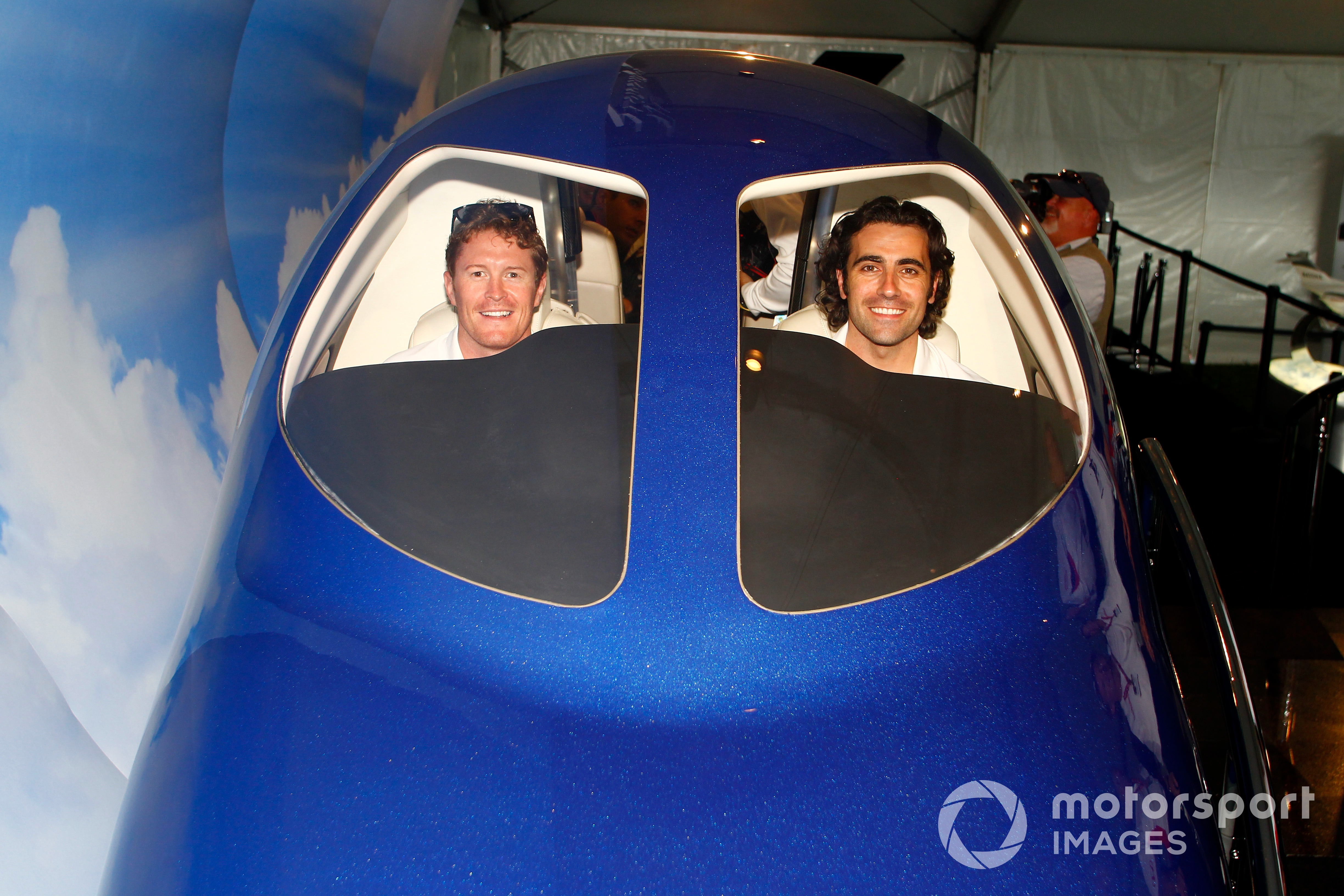 Franchitti describes Dixon as the “quarterback of this team,” and reflected on the magnitude of his misfortune in 2021.

“He’s just had some horrendous luck this year,” said Franchitti of Dixon.

“I think he has benefited from having Alex in the team, because it’s been a while since he’s had someone really pushing him from within consistently.

“In the past, a lot of the pressure here has just fallen right on Scott. But he’s just a machine. He wants to drive racing cars and he wants to win. There’s no slowing down with him.”

After replacing Felix Rosenqvist at CGR, Palou has won three races in his first season with the team – and only his second year in the series – and needs only to finish 11th in Long Beach to be guaranteed of the title, regardless of O’Ward’s result.

Franchitti added that Palou’s addition has rejuvenated the #10 car’s team members this year.

“Another thing with Alex is that he’s got Julian Robertson [race engineer] on the car, who goes all the way back to engineering Jimmy Vasser [Ganassi’s first Indy car champion in 1996].

“Having Alex in the car has re-energised him, and given a new lease of life to the #10 group, along with Ricky Davis the crew chief.”