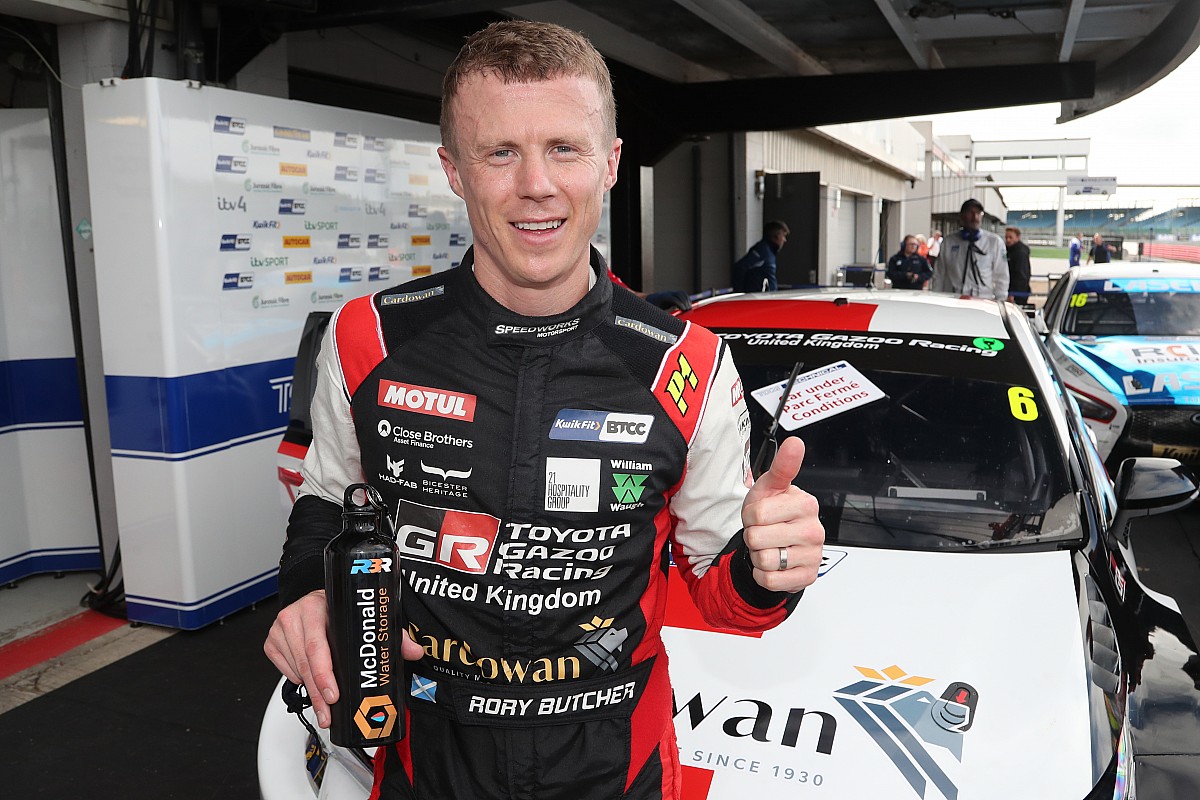 On what was the second time this season that the BTCC has adopted a top-10 shootout, the Scot and his Speedworks Motorsport-run Corolla topped both sessions to continue their form from free practice.

Butcher, who is carrying 9kg of success ballast into the weekend, led the way in Q1 by 0.069 seconds over the West Surrey Racing-run BMW 330i M Sport of Colin Turkington.

Dan Rowbottom had set a time 0.136s clear of Butcher’s best in his Team Dynamics Honda Civic Type R – that was deleted for a track-limits offence, but Rowbottom still went through comfortably in fourth place.

Tom Ingram, his Excelr8 Motorsport Hyundai i30 N down to 39kg of success weight this weekend, set the pace early on in the Q2 shootout.

While Ingram stayed out, Butcher pitted to cross his tyres over – as is normal front-wheel-drive procedure – but once back out on track he got into a game of chicken with Power Maxed Racing Vauxhall Astra racer Dan Lloyd over who was going to give the other a tow.

Eventually Butcher just went, his first flying lap giving him second on the grid, and his second bettering Ingram’s best by 0.016s.

“We’ve built into the season,” said Butcher, who is enjoying his first campaign in the Toyota this year.

“We’ve developed the car more around me, and at Croft [last weekend] it looked like we’d have pole position, but it wasn’t to be.

“Today it was ‘who cares about that? Let’s concentrate on each session, get the most out of the car’, and we did it.” 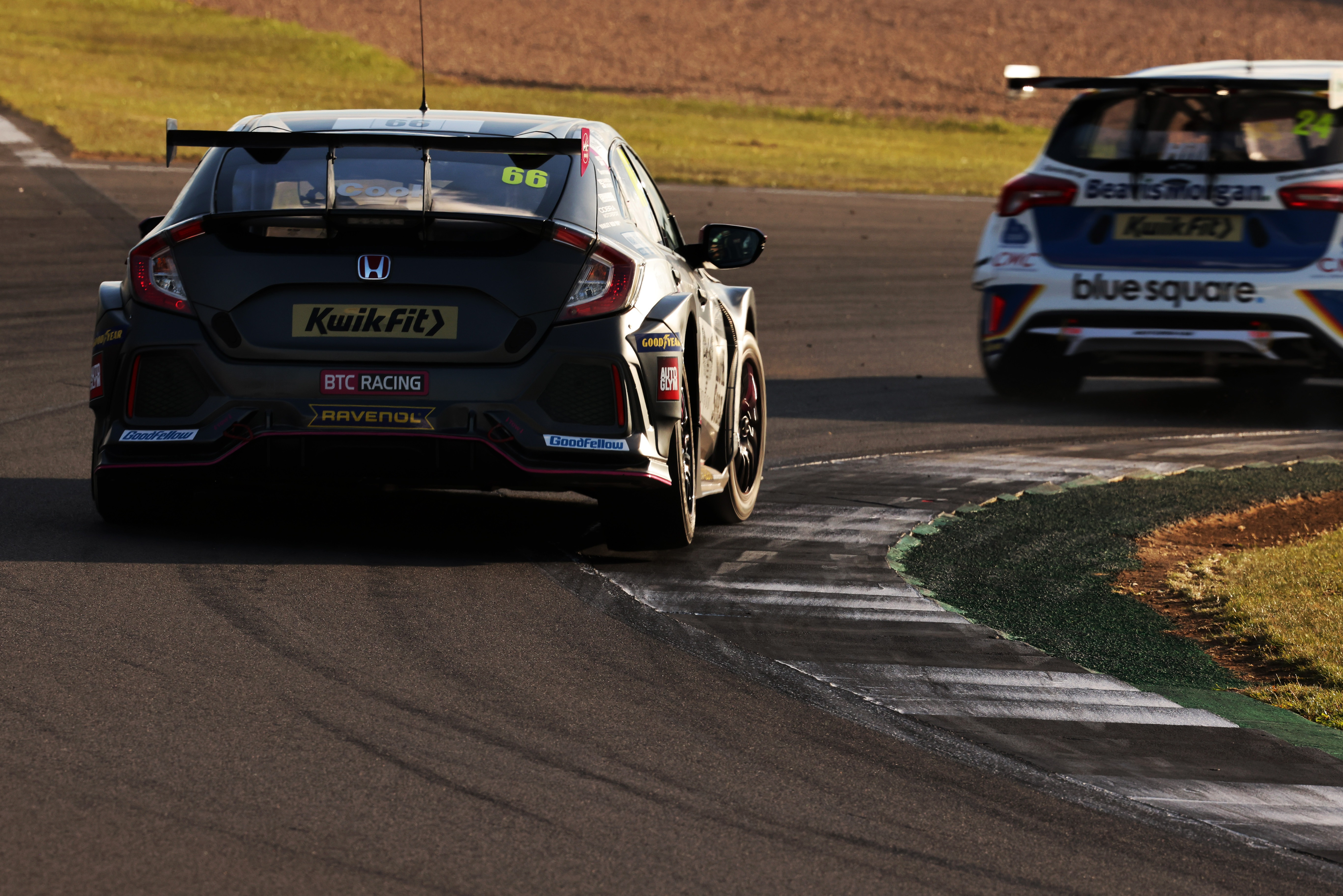 Josh Cook leapt up the order to fourth, joining Moffat on the second row

Ingram was happy with his performance on lighter ballast to what he has become accustomed to, while Aiden Moffat, carrying 27kg on his Laser Tools Racing Infiniti Q50, continued his fine form from Croft to qualify third.

Josh Cook left it late to get into the top 10 shootout in his BTC Racing Honda, which is on 48kg of ballast, but put in a very strong performance in Q2 and will join Moffat on the second row.

Lloyd enjoyed the benefit of Butcher’s tow to finish up fifth, while Turkington, whose BMW is on 57kg of success weight, had a time good enough for sixth deleted for track limits, but then equalled it to the thousandth.

On the fourth row are Rowbottom and the maximum-ballasted (75kg) LTR Infiniti of championship leader Ash Sutton.

Sutton had four laps deleted due to track limits, one of which would have placed him fifth on the grid.

Stephen Jelley was the last improver to sneak into the shootout and then placed his WSR BMW ninth on the grid, with the second PMR Vauxhall of Jason Plato completing the top 10.

Tom Chilton was the driver knocked out at the last gasp by Jelley, by 0.002s. The Ciceley Motorsport BMW racer had been the indirect cause of a red flag in Q1 when a left-rear tyre blowout at Copse caused a hairy multiple spin.

The session stoppage was deemed to be due to ‘debris’, meaning Chilton was not given the usual red-flag punishment of having his best time deleted and taking no further part.

Gordon Shedden had a half-spin in his Dynamics Honda, while overtaking the hybrid Toyota of Andrew Jordan into Brooklands, and will start down in 14th.

Jake Hill, the other title contender in his Motorbase-run MB Motorsport Ford Focus, laboured with 66kg of ballast and will start 22nd.

The Speedworks-run, Cosworth hybrid-equipped Corolla of Jordan set the 20th fastest time, but will start each race from the pitlane.