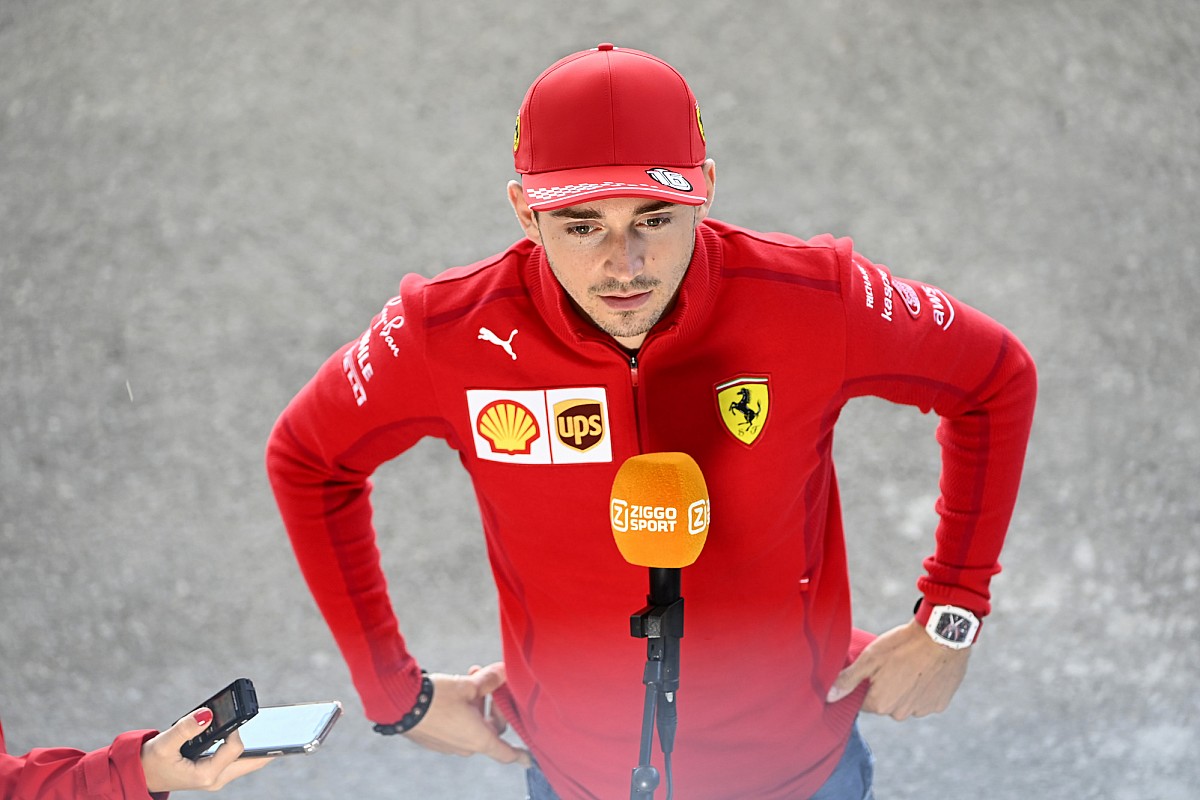 Ahead of this weekend’s Turkish Grand Prix, the Istanbul Park circuit was water-blasted to make the surface rougher following an FIA recommendation in the aftermath of the 2020 event.

The Istanbul surface had been re-laid with fresh asphalt ahead of Turkey’s return to the F1 calendar for the first time since 2011, but as the work was only completed three weeks before the 2020 race there was not enough time for the track to cure and the bitumen remained saturated with slippery oils.

That situation, allied to Pirelli bringing the hardest tyres in its range last year, left the drivers struggling to build tyre temperature and feeling like they were driving on a surface “worse than ice”, per McLaren’s Lando Norris.

Rain during the final two days of the 2020 event exacerbated their struggles, with several drivers spinning off – some multiple times – during the race that ended with Lewis Hamilton winning and clinching his seventh world title.

The water-blasting work, which Autosport understands was only completed in the last few weeks, is aimed at making the track surface rougher to raise grip levels by exposing the gaps between the stones, with Pirelli also making its compound choice one step softer for 2021 to provide further assistance.

Leclerc said that he “remembers that a lot of people complained [in 2020], but I was one of the only ones that was actually happy that it was like this because we were competitive, we were fighting for very good positions”. 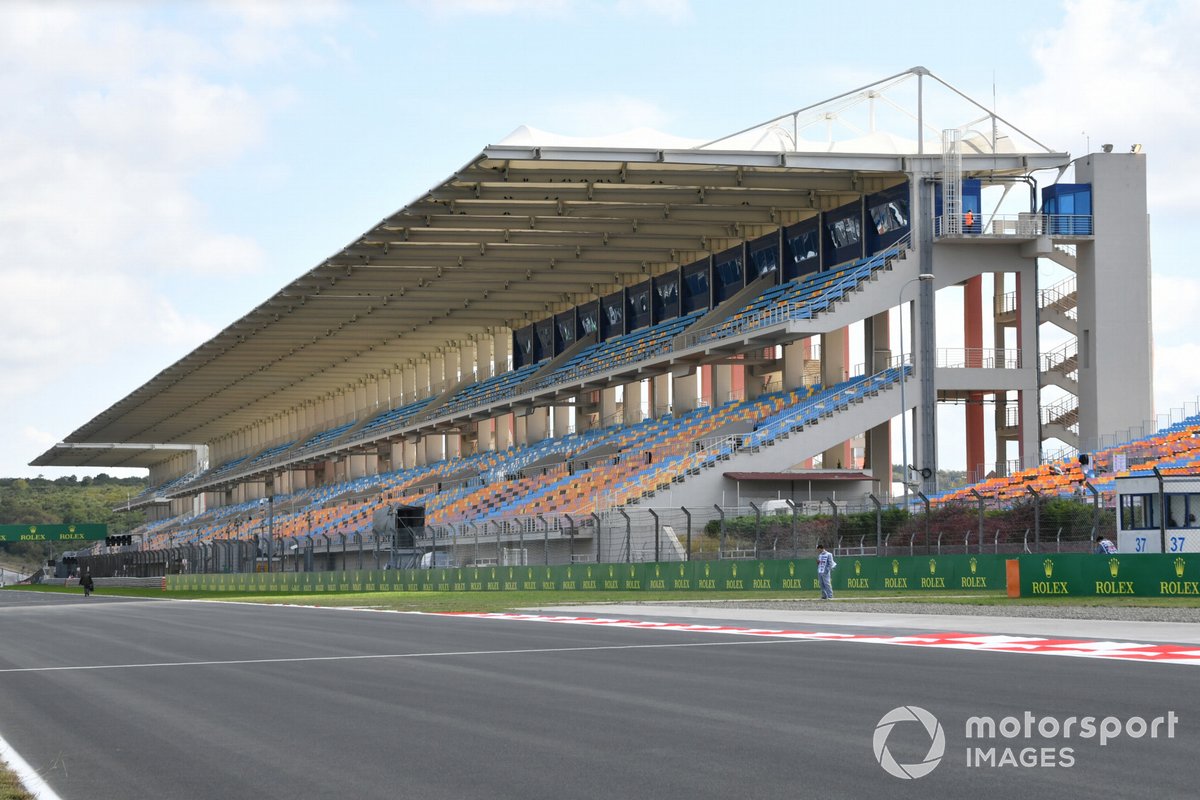 He continued: “And obviously a podium was possible.

“I enjoyed that weekend – it didn’t end up the way I wanted, by being just under the podium, being fourth.

“But, overall, it was a positive weekend for us, and I hope we can reproduce that this year.

“I’ve heard some things have changed – obviously they have washed the track several times.

McLaren driver Daniel Ricciardo explained that the water-blasting work should “give [the track surface] a few more edges so we can get the tyre to bite into it a bit more”.

Leclerc’s Ferrari team-mate, Carlos Sainz Jr, said “we’re all expecting it to be better than last year” and that “it would be quite a surprise to have the same conditions as last year, because last year was very difficult and very difficult also to understand why the grip was so particularly low”.

The Spaniard also suggested if the water-blasting has changed the grip-level considerably, then the field could encounter “extreme” tyre degradation with the track’s demanding layout.

“If it’s more like Portimao, where the grip is not high but it’s ok, then should be good fun,” said Sainz.

“If it’s like Barcelona or Silverstone – really high grip levels – then it should be also quite exciting because then the tyre wear could be quite an issue.

“Maybe for my personal interest I want them on the more extreme [side]. Then more different things that can happen and maybe more opportunity comes for me.” 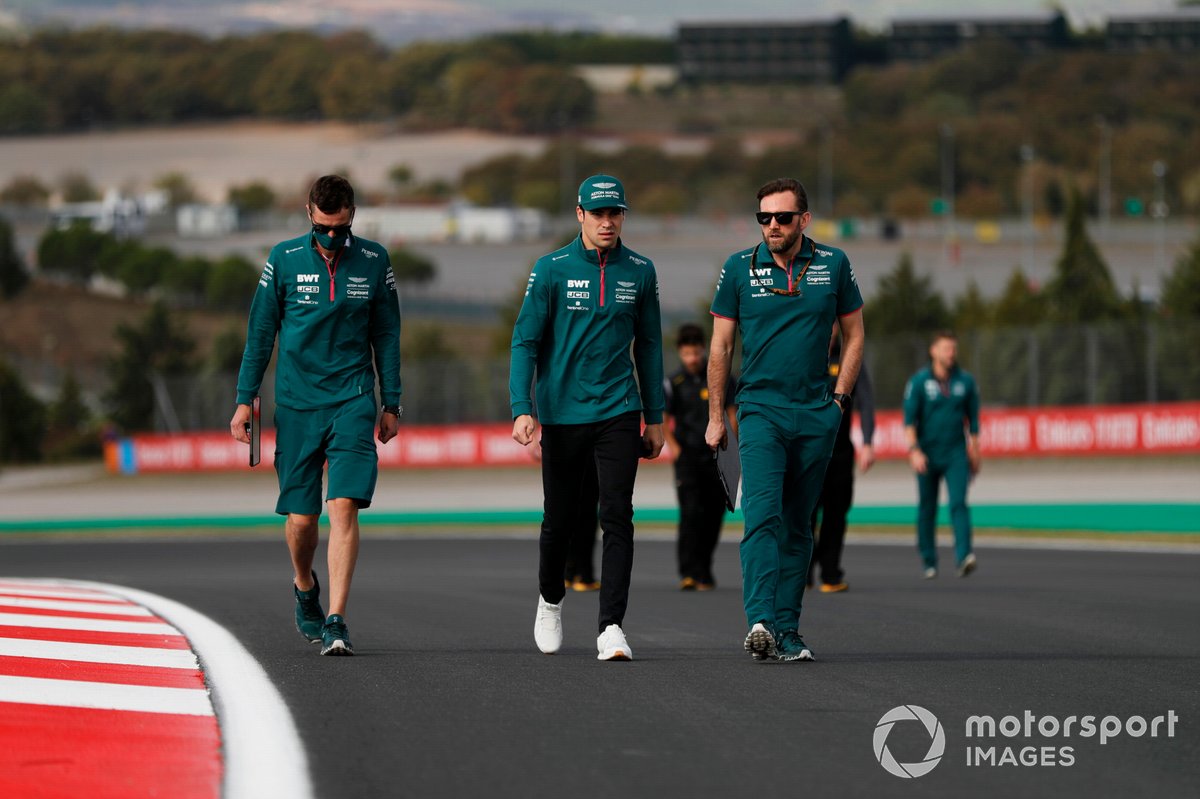 Lance Stroll, who claimed pole in the wet 2020 qualifying and led the first half of the race before fading away to ninth, reportedly due to front wing damage, said that if the grip levels have improved then Istanbul’s famous, multi-apex Turn 8 won’t be “much of a corner with our cars nowadays”.

He added: “If the grip picks up, I expect it to probably be flat. If it’s not, it’s a different story.”

Wet weather is also predicted to impact the 2021 Turkey event, which Aston Martin driver Sebastian Vettel said he does not “mind if it rains again” because “it was good fun”.

“It was very slippery last year, we’ll be hoping it’s not as slippery,” said Vettel. “This year we have spectators, so for the spectators, it’s probably not so nice to have wet conditions.

“But for us I think it could mix things up, so I’m fairly open minded.”

Mercedes’ Valtteri Bottas, who spun six times in the 2020 race and was lapped by Hamilton as his faint title hopes were finally extinguished, said his squad had “learned a lot about the tyres” in recent 2021 events.

“Lately in the rain, it hasn’t been too bad,” he said. “[Mercedes has learned] especially the operating temperatures, pressures for the inters and wets.

“[But] I really hope this track will have a bit more grip than last year, because it was quite extreme last year, even in the dry. So, looking forward to seeing how it is.”