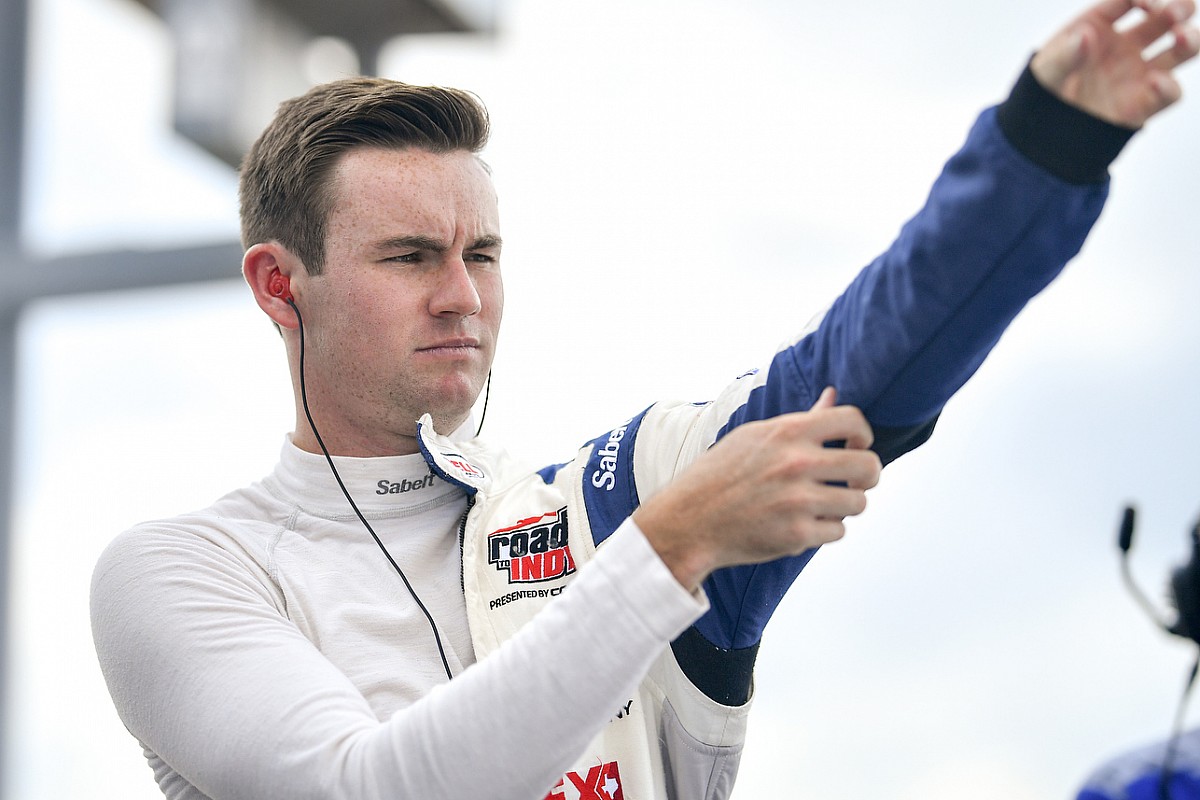 The 22-year-old Andretti Autosport beat HMD Motorsport rival David Malukas to the title and won half of the season’s 20 races, continuing his record of winning every championship on the Road to Indy ladder.

Kirkwood earned a $1,369,425 scholarship for three IndyCar races in 2022 – including the Indianapolis 500 – but is fully focused on landing a full-time drive in the championship for next year.

PLUS: Why Kyle Kirkwood is America’s new IndyCar ace-in-waiting

He was joined at Sebring for the first of two evaluation tests – the second coming at Barber Motorsports Park on 25 October – by Andretti Lights team-mate Devlin DeFrancesco, who has heavily been linked with taking over James Hinchcliffe’s seat in Andretti’s #29 car next year.

Kirkwood turned a fastest lap of 52.49s, while DeFrancesco produced a 52.85s. Gosselin declared the day “a success” in terms of what was accomplished, despite rain that caused downtime.

“It was a very solid day, we got through a lot of stuff with both cars,” he told Autosport.

“Neither of the guys dropped a wheel off or had a spin, nothing broke, so it was just a day of progress. Both guys did a really good job in building up to speed, and after maybe being a bit careful at the start, they just got on with it.

“One of the things we wanted to see was how they coped with old tyres, as if they were at the end of a stint, rather than just letting them loose on fresh tyres and seeing how fast they could go over one lap. We tried to make it as real as possible in terms of all the things that’s expected of a driver over a race weekend. 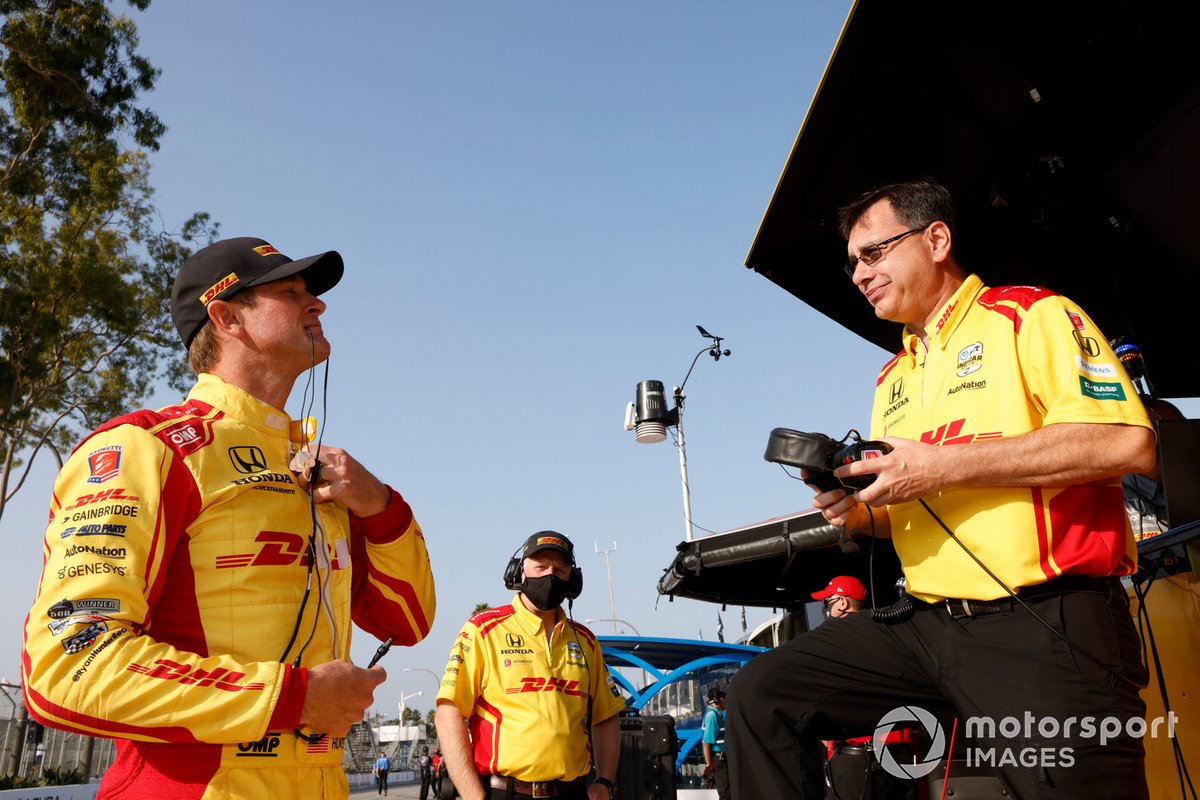 “There were a few things we didn’t get to do because of the time lost to rain, so we didn’t get the most out of a couple of the later sets of tyres, but we did practice pitstops.

“Physically they were both fine. So far, so good.

“I’d say considering there was rain, we couldn’t be happier with how things went at Sebring. But obviously, there’s one more big evaluation to go. Barber will be more of a challenge regarding how a driver works with an engineer, the quality of his feedback, and so on.

“Unfortunately it rained, but we were quick right away,” he said. “My third lap in the car, I think was only nine-tenths off my quickest time all day, so I didn’t find an IndyCar was overwhelming to drive at all.”

Asked if he felt the Lights car’s behaviour was good preparation for the IndyCar, Kirkwood observed that its braking efficiency “isn’t a lot better than in the Lights car” but noted that the Lights car “is actually much more of a handful”.

“If you have a snap of oversteer, you feel pretty comfortable in the IndyCar from the knowledge and experience that you got in a Lights car,” he explained.

“But the difference is that you can drive like that in a Lights car and still be fast, whereas in an IndyCar driving like that won’t produce a good lap time.

“But yes, I think the experience you gain handling a Lights car provides you with more comfort once you get in an IndyCar.”