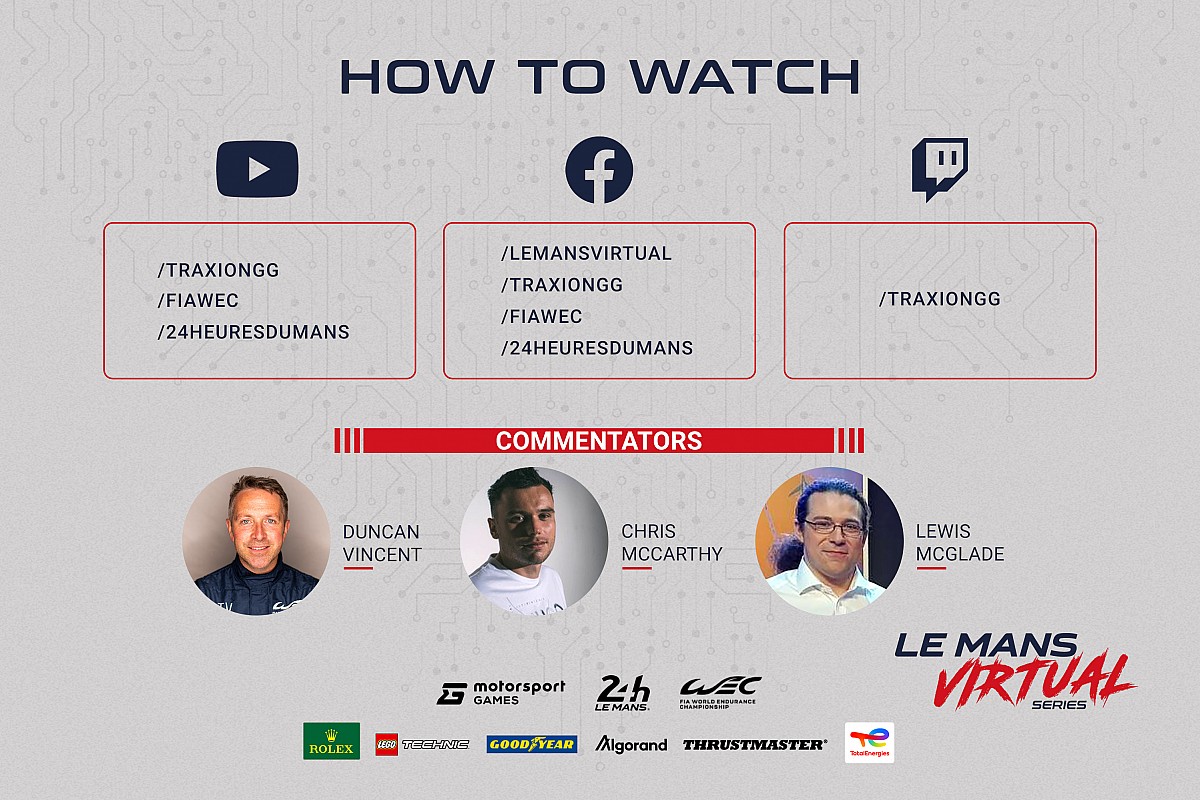 Motorsport Games Inc. (NASDAQ: MSGM) (Motorsport Games) announced that after a thrilling first race, the stage is set for round 2 of the Le Mans Virtual Series, the 6 Hours of Spa Virtual, slated for 16 October 2021 at 12:30 BST. Saturday’s race will feature 38 entries.

Le Mans Virtual Series is a joint venture between Motorsport Games – a leading racing game developer, publisher, and esports ecosystem provider of official motorsport racing series throughout the world – and the Automobile Club de l’Ouest (ACO) – the creators and organisers of the world-famous 24 Hours of Le Mans and promoter of the FIA World Endurance Championship (the FIA WEC).

The 2021-22 season of the Le Mans Virtual Series consists of five rounds, the second of which is the 6 Hours of Spa Virtual. The 38 prototype and grand touring endurance entries will compete virtually on the infamous 7-kilometer Belgian circuit, including famous corners and bends such as Eau Rouge, Raidillon, Stavelot, and La Source. The live broadcast will feature lead commentary by FIA WEC’s Duncan Vincent, together with Chris McCarthy and Lewis McGlade. Full details of how to follow the broadcast and all the action can be found below, including live on www.lemansvirtual.com.

Round 2 of the Le Mans Virtual Series comes on the heels of a successful first round that saw more than 2.6 million impressions worldwide and a thrilling victory from Realteam Hydrogen Redline. The first round of the esports endurance racing championship was an action-packed and incident-filled 4 Hours of Monza on 25 September 2021.

Monza’s more than 2.6 million impressions on official channels during race week alone set the stage for a wildly successful series. Viewers can expect even more thrills and excitement for this coming round!

Mitchell Dejong, Mack Bakkum, and Martin Kronke from the Porsche Esports Team took the Le Mans Grand Touring Endurance honours in a class that featured five different manufacturers represented. Check out video highlights from the 25 September races, which set the stage for an action-packed second round, here!

The Le Mans Virtual Series brings together top-level, real-life drivers such as Jenson Button, Alex Palou, Stoffel Vandoorne, Louis Deletraz, and a number of the world’s other best sim racers to compete together in five endurance races that range from four to 24 hours in duration. This year’s series will conclude with the 24 Hours of Le Mans Virtual, which will take place live and televised at the Autosport International (ASI) show in Birmingham, UK in January 2022.

Here is where you can follow all of the weekend’s action, live and uninterrupted: