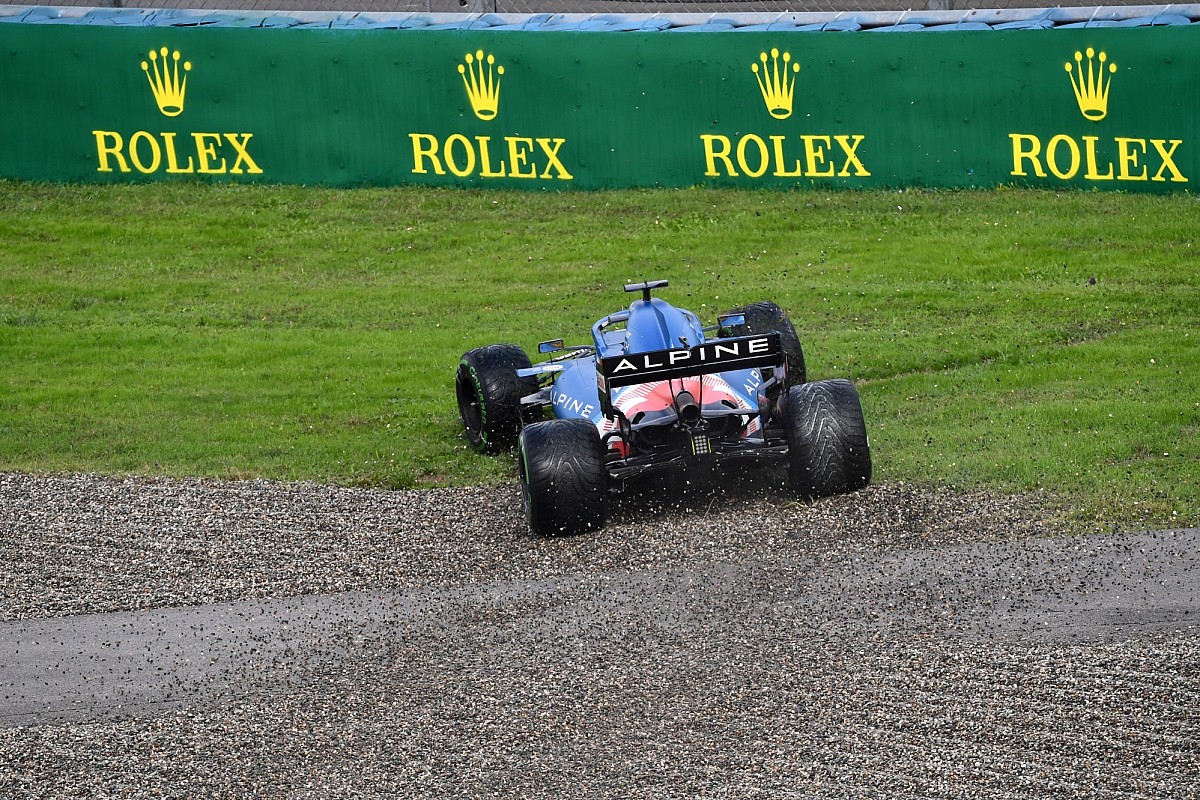 At Istanbul Park Alonso excelled in qualifying and managed to start in fifth, but during a wet start he was spun around at Turn 1 by AlphaTauri‘s Pierre Gasly, who was sandwiched in between Alonso and Red Bull’s Sergio Perez.

Trying to claw his way back, Alonso then made contact with Haas driver Mick Schumacher after a late divebomb, which the Spaniard received a five-second time penalty for.

On a day when the mixed conditions offered opportunities to score big, Alonso’s incidents prevented him from finishing higher than a distant 16th. It prompted him to say that “luck seems to keep avoiding us this year big time.

I guess we are accumulating a lot for next year.”

Alonso’ comments perhaps sound odd after he’s been enjoying a solid comeback season with the rebuilding Alpine outfit, in which he is outscoring teammate Esteban Ocon – usually extremely important in his book – and Alpine is heading AlphaTauri and Aston Martin for fifth.

But it’s not so much the championship standings that appear to play on Alonso’s mind, but rather a string of missed opportunities to win on his comeback or at least return to the podium, and in doing so backing up his claim that at age 40 he is a better driver than he was when he took his two world titles in 2005 and 2006.

In Hungary’s crazy wet weather race Alonso was lucky by his own admission to escape the Turn 1 melee which took out several contenders, but he believed he had the pace to win.

Having lost track position to team-mate Esteban Ocon, however, relegated him to a wingman role, which he executed brilliantly as he held up the quicker Mercedes of Lewis Hamilton while Ocon secured his maiden win. 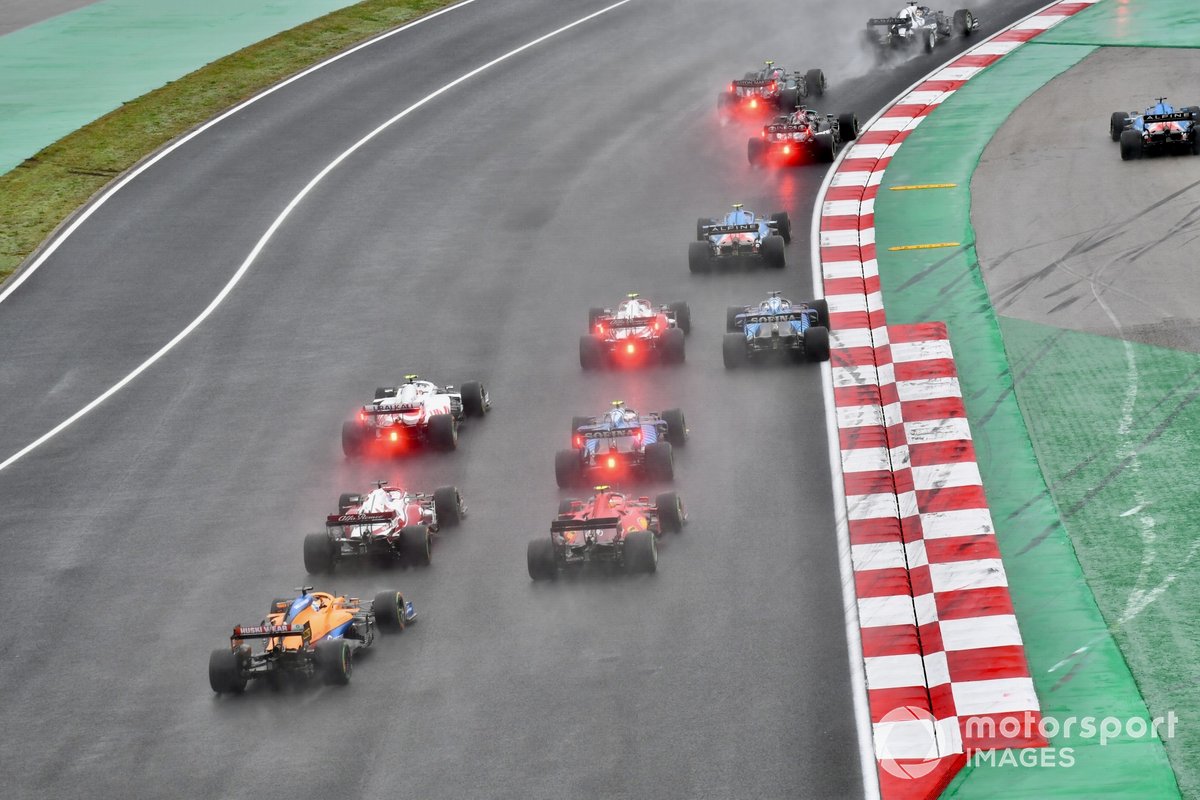 Fernando Alonso, Alpine A521, rejoins after a spin on the opening lap

In the end Alonso couldn’t prevent Hamilton from finally finding a way through, which dropped him off an elusive podium in fourth.

Following Spa’s shambles, the next couple of rain races did provide fresh opportunities for Alonso to benefit from the chaos.

In Sochi’s Russian Grand Prix he was holding sixth when the rain came down and in the challenging conditions he climbed to third.

But, like erstwhile leader Lando Norris, Alonso delayed his stop for intermediates for one lap too many and lost another podium shot, dropping back down to sixth at the finish.

Then came the Turkish Grand Prix, which was effectively over for Alonso before it began.

Either way, Istanbul would have been the most unlikely podium shot of them all, given that all four Mercedes and Red Bull cars finished in the top five.

Curiously Alonso’s frustration doesn’t stem from that fact that he couldn’t capitalise from rainy conditions on uncompetitive weekends, which is the mantra of every midfielder and backmarker in F1.

He explains it’s because wet races have tended to fall precisely on weekends where Alpine was at its strongest yet circumstances prevented him from getting the most of out them, whereas Alpine’s more uncompetitive weekends produced a more predictable outcome.

“It’s frustrating that when we are not competitive, we have a very boring race,” he told Autosport after the race in Turkey.

“And when we are competitive, we have crazy weather, crazy things happening.” 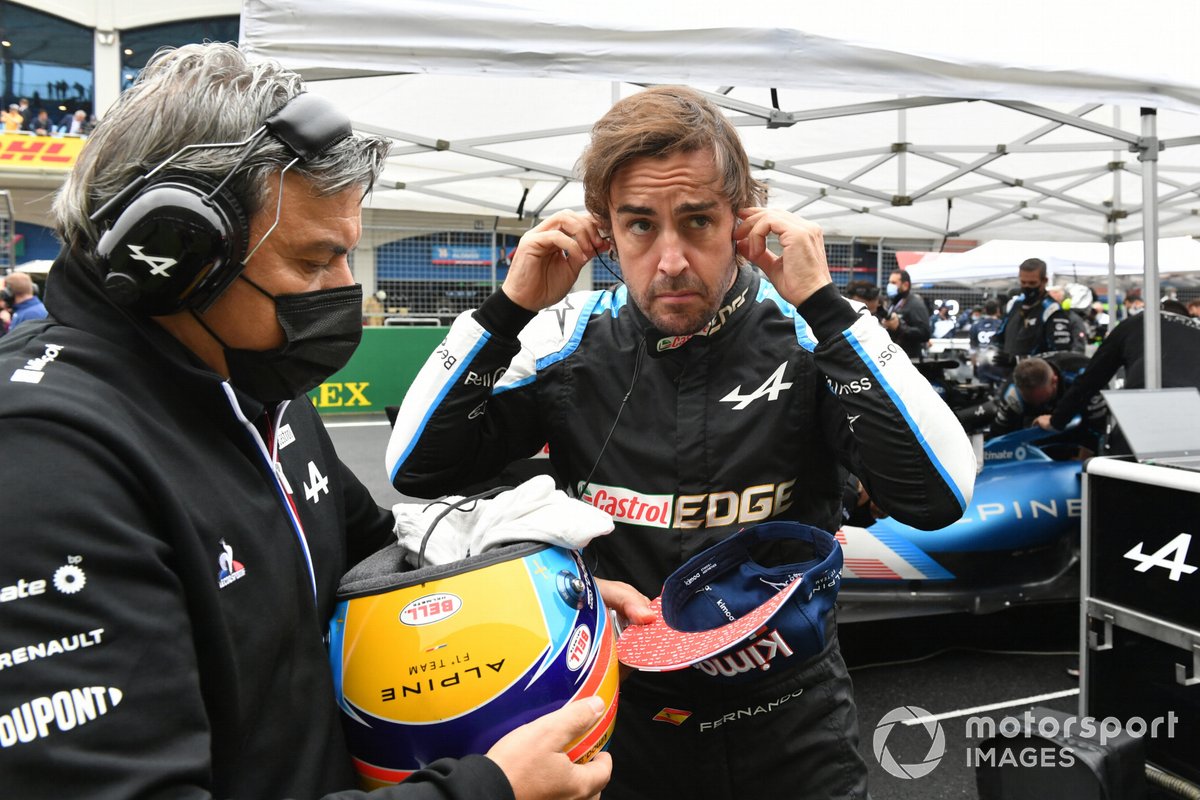 It echoed his Sochi comments where he claimed “we never get lucky” and that “every point we got this year is on merit, we never had any gifts this year. So I’m proud of every point that I took this year.”

Whether he’s unlucky or not is up for debate, but Alonso can find solace in the fact that his Enstone team is starting to find its feet and looked competitive for two consecutive weekends, which it had not really managed earlier this year.

Far from matching the upward trend of its 2020 rival McLaren, Alpine has been more stagnant and is banking on getting the 2022 rules overhaul right to make the next step.

As for Alonso himself, he claims he’s nearly back to his very best after securing his best grid position since his comeback.

“I would say this weekend, yes. In Sochi, again, it was a little bit up and down with the weather and the dry tyres at the end,” he said.