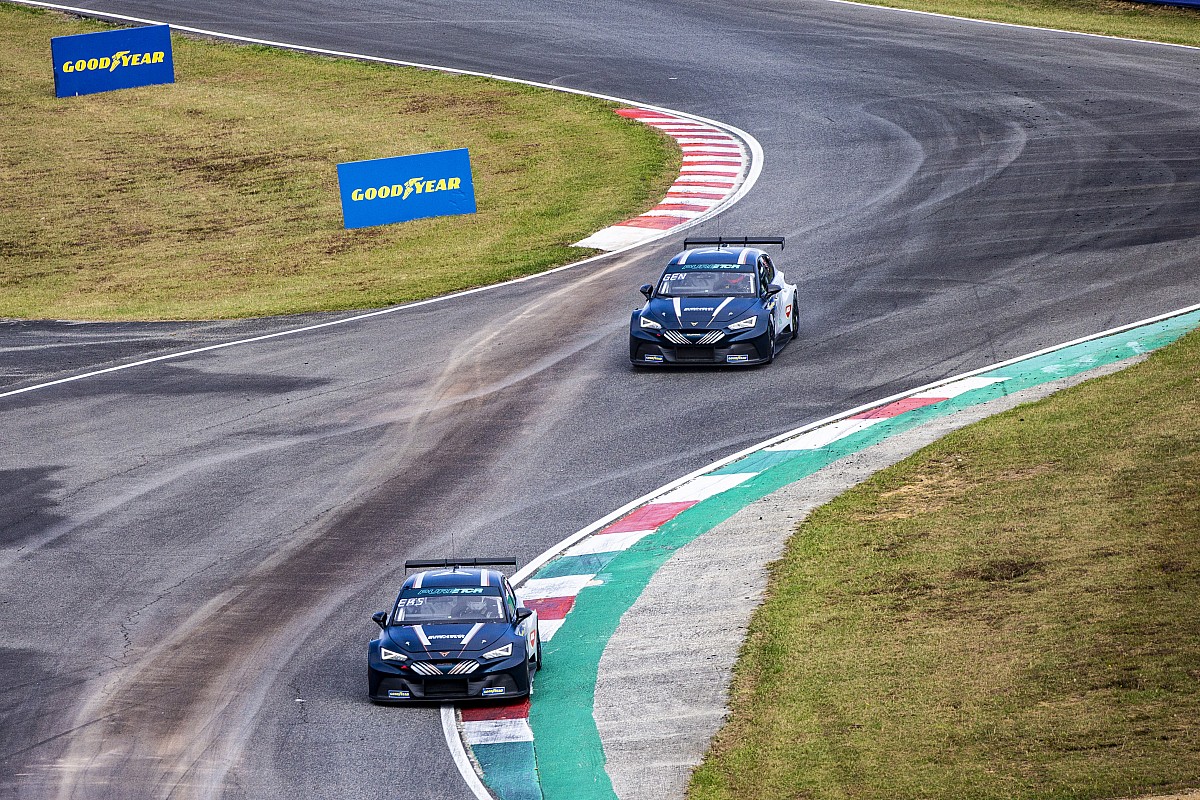 The Swede won his second round battle against team-mate Jordi Gene – eliminating the Spaniard from the title fight in the process and reducing the shoot-out to one between himself, Jean-Karl Vernay and Mikel Azcona.

He then set the fastest time in his Time Trial – the maximum power 500kW single-lap shoot-out – to ensure that he will start SuperFinal B – the final on-track Battle of the year – from pole position.

Hyundai driver Vernay – beaten to the Round 1 win in Pool B by Ekstrom, triumphed over Rodrigo Baptista in Round 2 to match Ekstrom’s result, while Azcona (CUPRA) did likewise against Augusto Farfus in Pool A.

As a result Ekstrom holds a 34-point lead over Vernay with 50 available from tomorrow’s SuperFinals. Azcona is a further point back.

A fifth-place finish in SuperFinal B will guarantee Ekstrom the world’s first all-electric touring car title. Vernay must finish at least second and hope that disaster befalls the series leader to take the title himself.

“I’ll approach it as I approach any race,” Ekstrom said. “The plan is to lead into Turn 1 and use as much Power-Up as I can to pull a big gap and win that way.”

Azcona will not be on track with either rival tomorrow, but must finish third or higher in SuperFinal A to even remain in the title hunt by the time SuperFinal B gets underway.

He faces a tough task to do this though after running through the gravel at Turn 3 during a Time Trial A that was topped by Farfus, meaning he starts fifth on the grid tomorrow.

The other Round 2 winners were Romeo Ferraris-M1RA trio Philipp Eng, Oli Webb and Luca Filippi, who beat Tom Chilton, John Filippi (both Hyundai) and Daniel Nagy (CUPRA) – the latter qualifying a shock second for SuperFinal A – respectively.