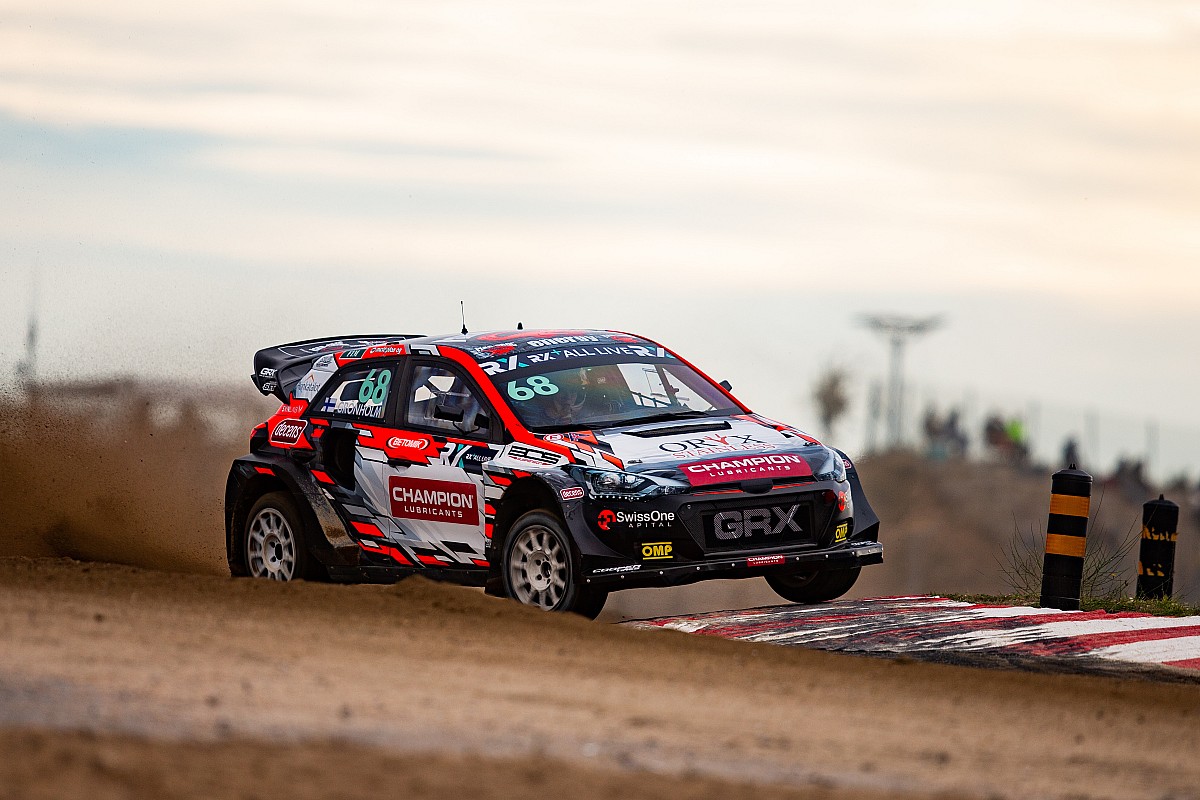 The Finnish driver started on the second row of the grid, having led his semi-final for much of the duration, but was ultimately overtaken at the end of the semi race by Johan Kristoffersson.

Gronholm led Kristoffersson’s EKS JC team mate Enzo Ide and his own team mate Krisztian Szabo into the extra-round joker on the opening tour, and while the leading trio battled hard up front, closed the gap on track.

Hansen sustained substantial pressure for the opening tours from Kristoffersson, while Kevin Hansen shadowed the leading duo in third.

Mid-race, Kevin Hansen – sideways through the long turn-seven gravel corner on the Montalegre circuit – made a move for position on Kristoffersson, the Audi driver running wide into the looser gravel.

Kristoffersson then bounced over the kerbs through the following uphill loose-surface chicane and hit a penalty marker. Although he would keep track position and ultimately finished third in the race, he would be demoted to sixth by a five-second track-marker penalty.

The battling at the front of the order played into Gronholm’s hands, despite leaders Timmy Hansen and Kristoffersson smashing in some of the fastest laps of the event following the mid-race contact

The leaders took their jokers on the final tour and all dropped behind Gronholm, who held on to secure his fifth career win. Timmy Hansen finished second with brother Kevin third, Szabo fourth and Ide fifth.

The result means Hansen extends his points margin at the top of the standings, heading into the double-header finale at the Nurburgring at the end of November, although five drivers still remain mathematically in contention.

Also on the bill in Portugal was the final round of the European Rallycross Championship for RX3 (Super1600), in which Yuri Belevskiy held onto his pre-event points advantage to claim the title at the end of qualifying, then won the final to cap his season in style.