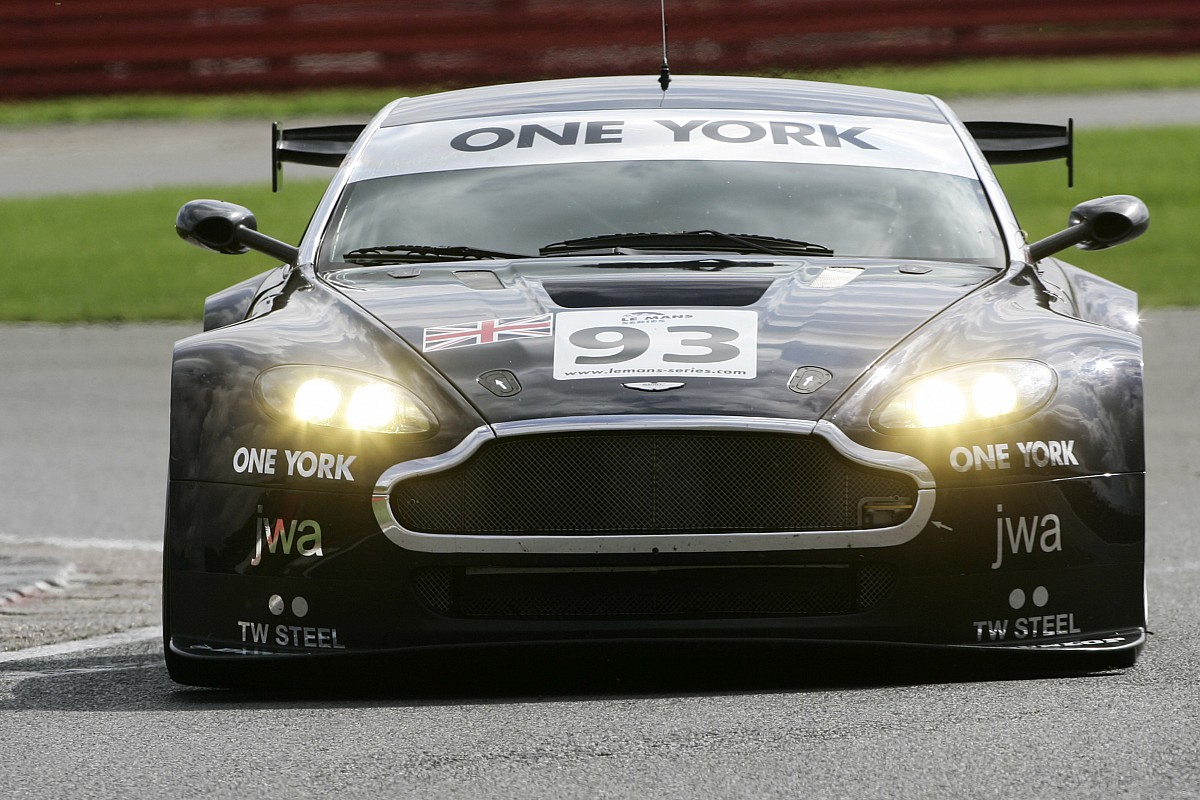 Splitting his time between driving Mercedes and Aston Martins at grand prix weekends, 2003 British Formula 3 champion Alan van der Merwe has a job that would be the envy of many. But, while his role as Formula 1’s medical driver means he’s not actively racing anymore, the 41-year-old does have experience of racing an Aston on his CV from a brief spell in sportscars.

The South African had completed just two races with a roof over his head before agreeing to join the James Watt Automotive team that had been selected as one of the first customer squads to run the Aston Martin Vantage GT2 in the 2008 Le Mans Series.

His first had been six years previously in the 2002 Daytona 24 Hours, the Bell Motorsports BMW M3 GTR he’d been entrusted with halted prematurely by gearbox problems, while the other came at the Nurburgring 24 Hours in 2006 with a rally-spec Subaru Impreza that “really didn’t want to be on the Nordschleife”.

It was therefore something of a departure for ex-BAR-Honda F1 tester van der Merwe, who describes it as “a very odd stage in my career where I didn’t quite know where it was going to go”.

He had represented his nation in the A1GP championship in 2006-07, but a mystery illness that he suspects today was a post-viral infection picked up while doing PR events for BAR partner Lucky Strike left him “hanging on for dear life” and meant “the car was driving me in the end”.

“I’d lost a huge amount of weight and I wasn’t physically strong enough to drive the A1 car,” he tells Autosport of a period that ultimately lasted 18 months before he got back to full fitness. “I was wasting away, I had no energy.

“I went to see tropical disease specialists, I was busy with some oncologists as well. There were all sorts of theories and all quite scary things. I had biopsies and I was fine, but doctors basically recommended that I shouldn’t be competing anyway. 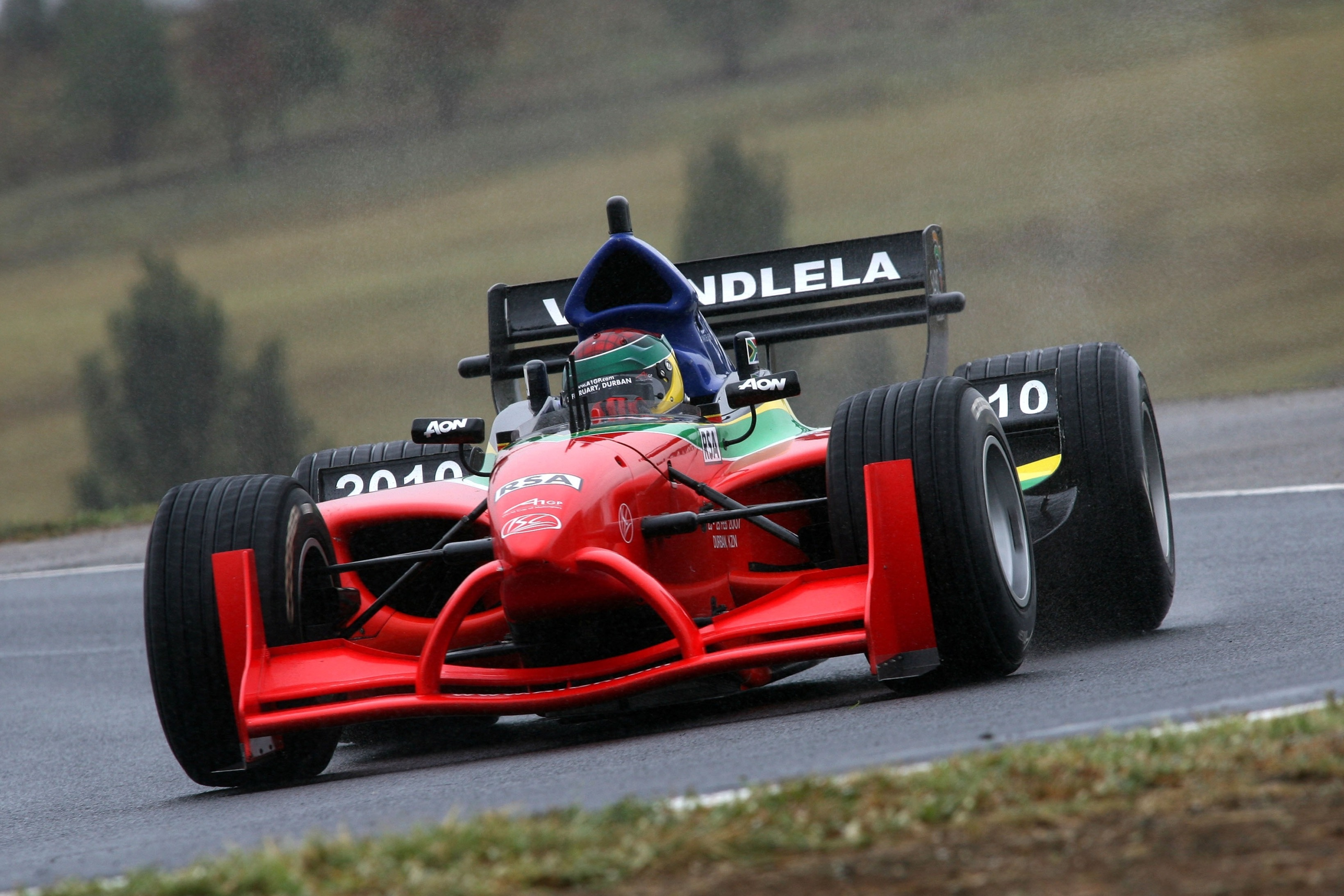 “I did try, but you’re only as good as your last race. I kept having these bad performances and it doesn’t really matter why you’re not performing, the bottom line is that you’re not.”

Upon moving to GT racing, van der Merwe admits he felt “very much out of my comfort zone”, much the same as he had while testing a year-old Mercedes DTM car in the winter of 2004.

“I always knew I would take a good season or two to really figure it out,” he says, “and at that level, you don’t really want to be learning anymore.”

“I think it was just bad timing. Maybe I shouldn’t have been involved in that very early process” Alan van der Merwe

Unfortunately for van der Merwe, the car that would go on to score Le Mans 24 Hours class wins in GTE Pro (2017) and GTE Am (2014) in a lengthy competition career with the Prodrive-operated factory team was, in 2008, somewhat under-baked.

A planned debut at Barcelona was called off – “it was something to do with a timing belt or oil feed, we could have gone racing but we were probably going to end up blowing something up,” he says. Then his experience of racing at Silverstone was entirely forgettable, 13 laps down on the GT2 class-winning Virgo Ferrari in the car he shared with Tim Sugden and Michael Outzen.

“We were miles off the pace there, all we did was drive around quite slowly,” he recalls. “We were never really going to be setting the world on fire. You could tell the car had potential, but it wasn’t really competitive yet. On straightline speed, we were very far off and Balance of Performance was still quite new back then, there was a lot of variance.

“I think it was just bad timing. Maybe I shouldn’t have been involved in that very early process. Aston Martin went on to have a lot of success with that car in the hands of more experienced drivers and with Prodrive running it.” 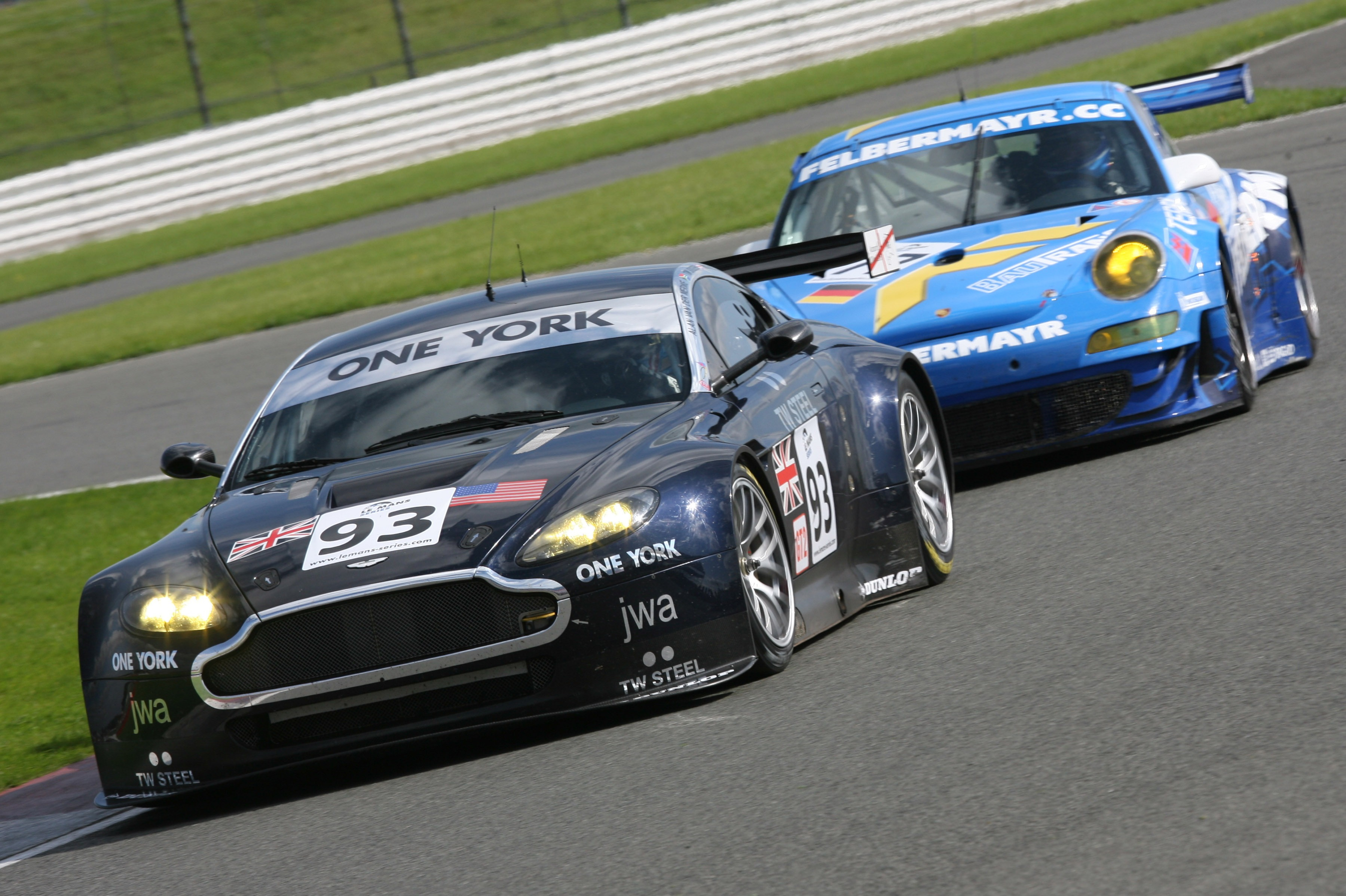 Van der Merwe says that he “didn’t really enjoy” his sportscar stint, even before off-track problems clouded things further and conspired to put him off seeking other opportunities.

“It was the usual motorsport story, I didn’t end up getting paid the way I was supposed to,” he says. “So there weren’t really major discussions [about continuing].

“I’d always be involved with very professional, pretty much the best outfits around. Haywood Racing and Carlin, at the time you couldn’t really get better, so then having this wake-up call where you might not get paid, to me it just wasn’t racing.

“I was used to a very pure, very single-minded approach and then dealing with all of this stuff… my introduction to sportscars was quite chaotic and I think that probably played into it.

“It just fizzled out in the end. Maybe I could have gone on to have a decent career in that, but I don’t really regret it.”

He was close to getting “a regular office job”, recognising that “my momentum had started to drop and getting into seats that I would have found worthwhile was getting more and more difficult” when he received an out of the blue call from his former Carlin F3 team manager David Lowe.

His first assumption that Lowe had “called by mistake because I hadn’t spoken to him for seven years” couldn’t have been wider from the mark. 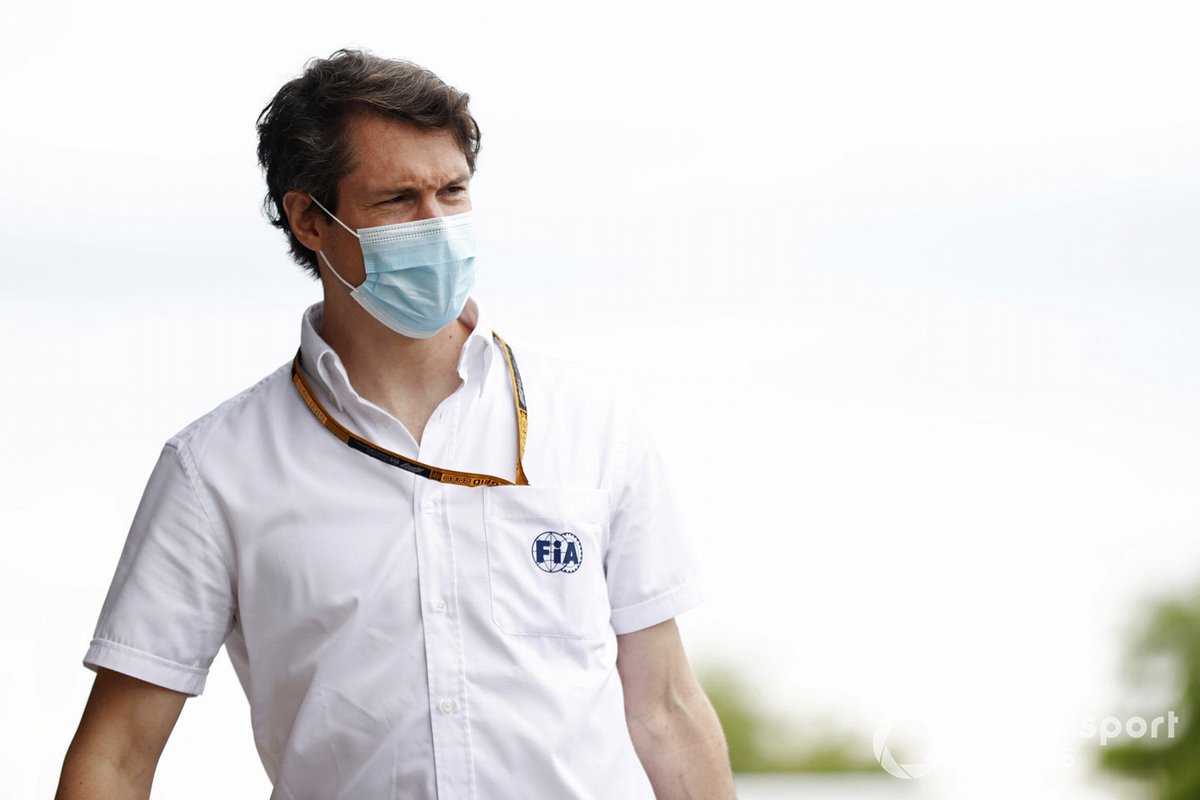 “He just said, ‘Charlie [Whiting] has asked me to find somebody to drive the medical car’,” recalls van der Merwe.

Initially unsure what this would entail – “I didn’t know that there was such a thing as a medical car driver!” – he agreed to a meeting with Whiting at Heathrow, where they shook hands on a deal that would take effect from the start of the 2009 F1 season.

It would effectively demand that van der Merwe give up racing and so was a fairly significant personal choice. But, aside from a return to A1GP for the final-ever meeting at Brands Hatch in 2009 on a non-clashing F1 weekend, he has stuck to the agreement ever since. 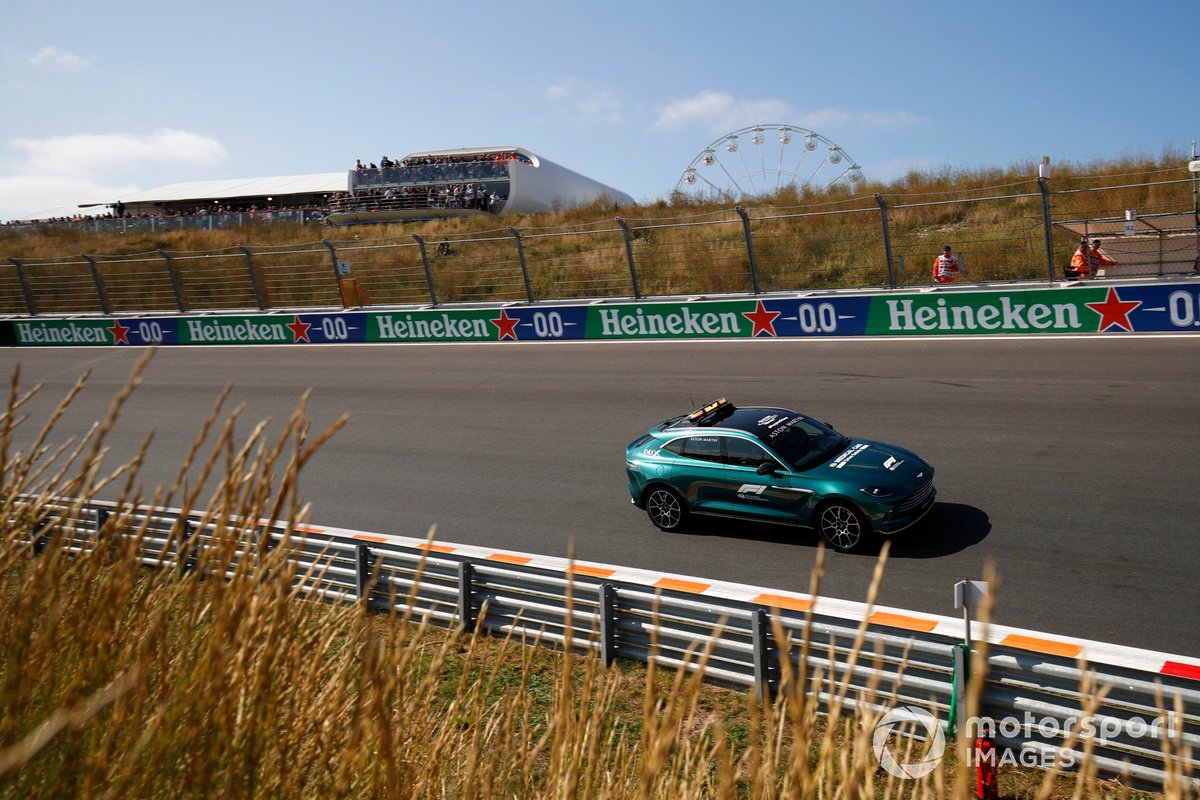