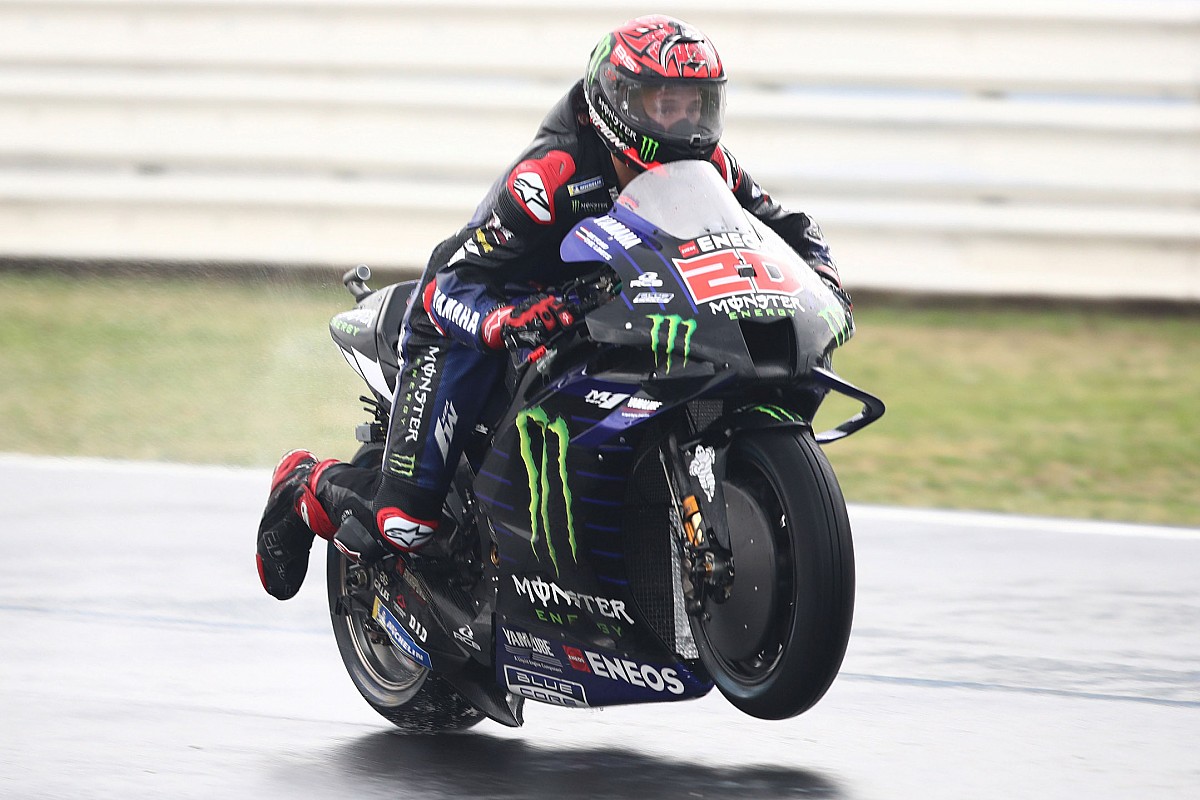 The championship leader can secure the title this weekend at Misano should he outscore Francesco Bagnaia by at least three points on Sunday.

Typically, this year Quartararo has struggled in wet conditions and once again appeared unstuck in Friday’s running at Misano having ended both sessions 18th and 16th.

The Yamaha rider says he actually felt strong in full wet conditions on Friday, but as soon as the track dried he suffered “all the defects you can have”.

“To be honest, I’m happy about full wet, because this afternoon straight away I felt really good on the bike and until we stopped, we were in P7,” Quartararo said.

“So, I was pretty happy, and then as soon as it dried, you can maybe ask all the Yamaha riders this question, because it’s like riding a bike that is totally different. 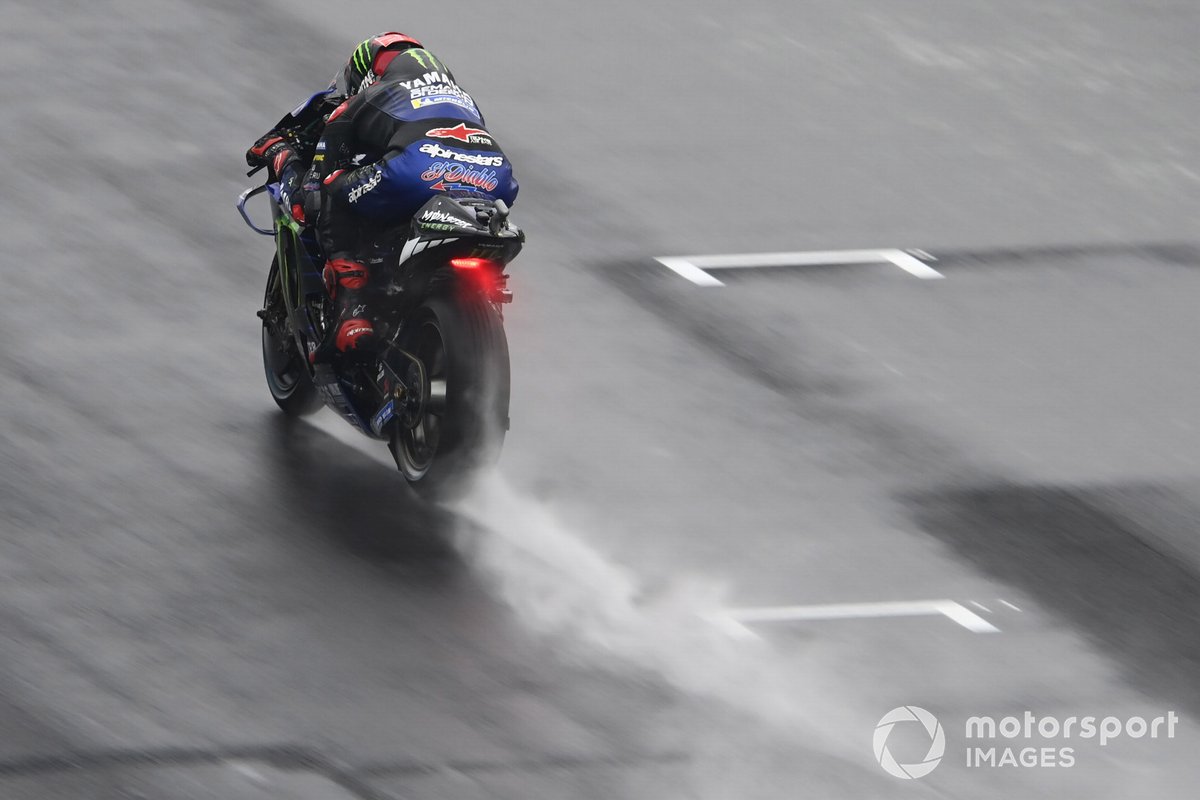 “So, in the mixed conditions I don’t know why we are that bad.”

“I had no grip, we were almost one second slower than the lap time before with a track that was more dry.

“Basically, a lot of riders that were not super [fast] in full dry, they make a massive step in the mixed conditions, so we need to understand why we are that bad in that condition.

“But not only me who says this, all the Yamahas are struggling in that conditions. So, it’s something that we need to find and try to improve.”

But when asked if he could see anything in Morbidelli’s data that could help him, he said: “Not really, just he was faster.

“[I saw] nothing that makes me change my riding style. Just he was faster and we need to make that step too.”