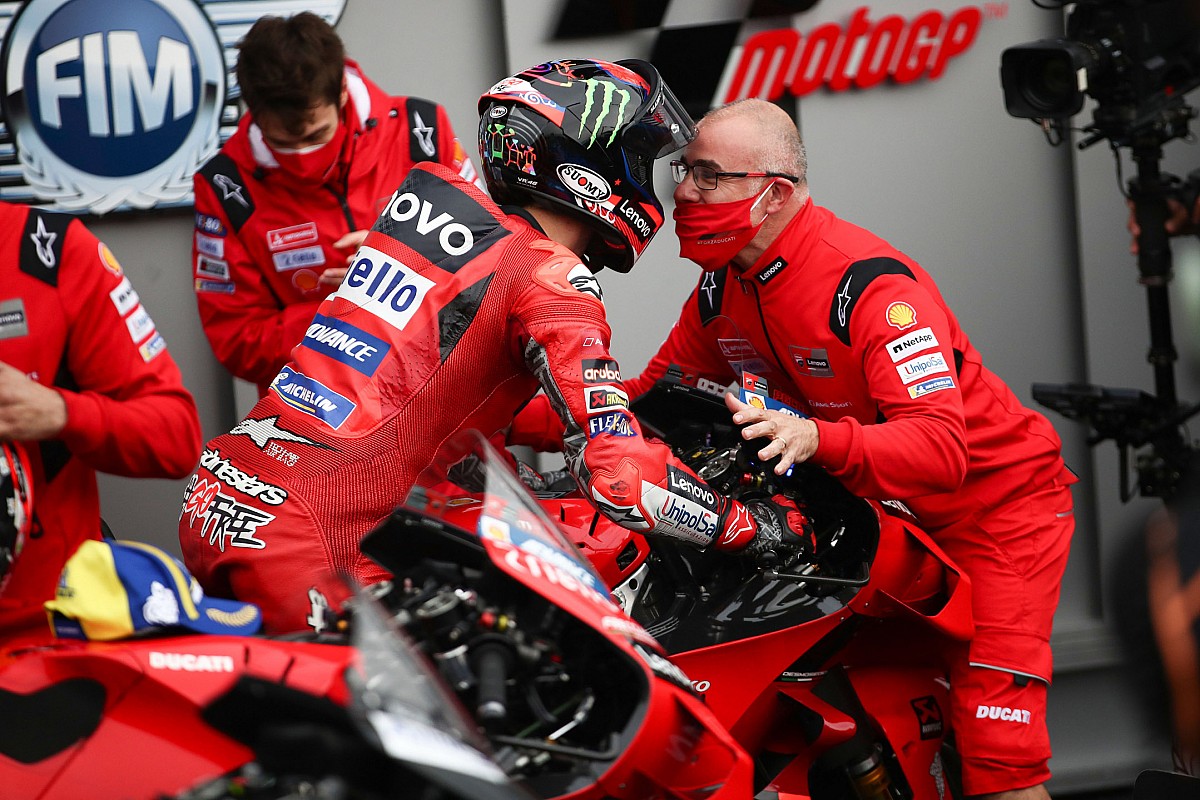 Should Quartararo outscore Bagnaia by at least three points on Sunday at Misano, the Yamaha rider will be crowned the 2021 MotoGP world champion.

But he registered his worst-ever qualifying result in MotoGP, 15th, following a lap cancellation in Q1 for a yellow flag infringement, while Bagnaia sailed through Q1 before snatching a fourth-successive pole.

This has given Bagnaia a bigger chance at keeping the championship rolling to the next round in Portugal, but he insists his approach to the race will be the exact same as if Quartararo was starting alongside.

“I was needing to push if he was starting P2, and I think I have to push the same now he’s 15th because the only thing that I can do to leave open the [possibility to win the] championship is to try to win tomorrow,” said Bagnaia, who won on MotoGP’s last visit to Misano in September.

“The objective would be the same even if Fabio was starting further in front.”

Bagnaia was dominant for much of the Q2 session as he was well up to speed in the extremely cool conditions on slick tyres having come through Q1, but admits he didn’t think his 1m33.045s lap was going to be good enough for pole.

“But then in these conditions, it’s maybe better to be in the Q1 because in the FP4 I was feeling great, I was doing laps and the consistency was ok. 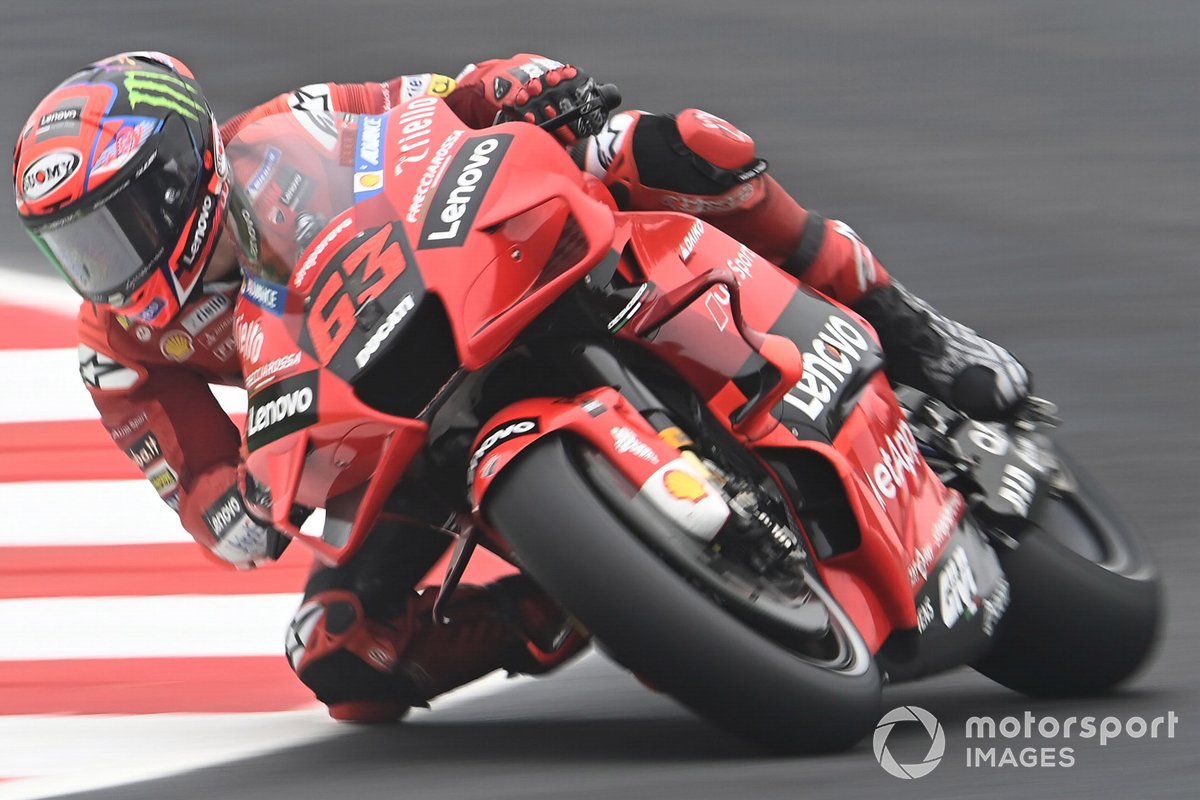 “Then in Q1, I just tried to do all the session riding and the confidence every lap was better, so my feeling was ok.

“In Q2 I was just trying to set a good time. I was not thinking it was enough because in the second time attack, I was struggling a bit more.”

Bagnaia will start alongside Ducati team-mate Jack Miller on Sunday. The Australian once again stated team orders had not been discussed within the squad, instead noting that he will take a “common sense” approach to racing Bagnaia.

“Nobody’s said anything to me about team orders up until this point,” Miller stressed.

“It’s just me as being a rider and having common sense is the main thing.

“It doesn’t change anything for me. I’m there to do the best I can do.

“We’ll see what happens in the race tomorrow, but for sure Pecco’s speed around here is not doubted. I don’t think it will change how my race is going, I’ll just try and tag along to the back of him.

“Or if it works out like in America, that I can be faster, then for sure I’d like to get past and try and tow him.

“But it’s not like I’m going to be divebombing every three corners.”