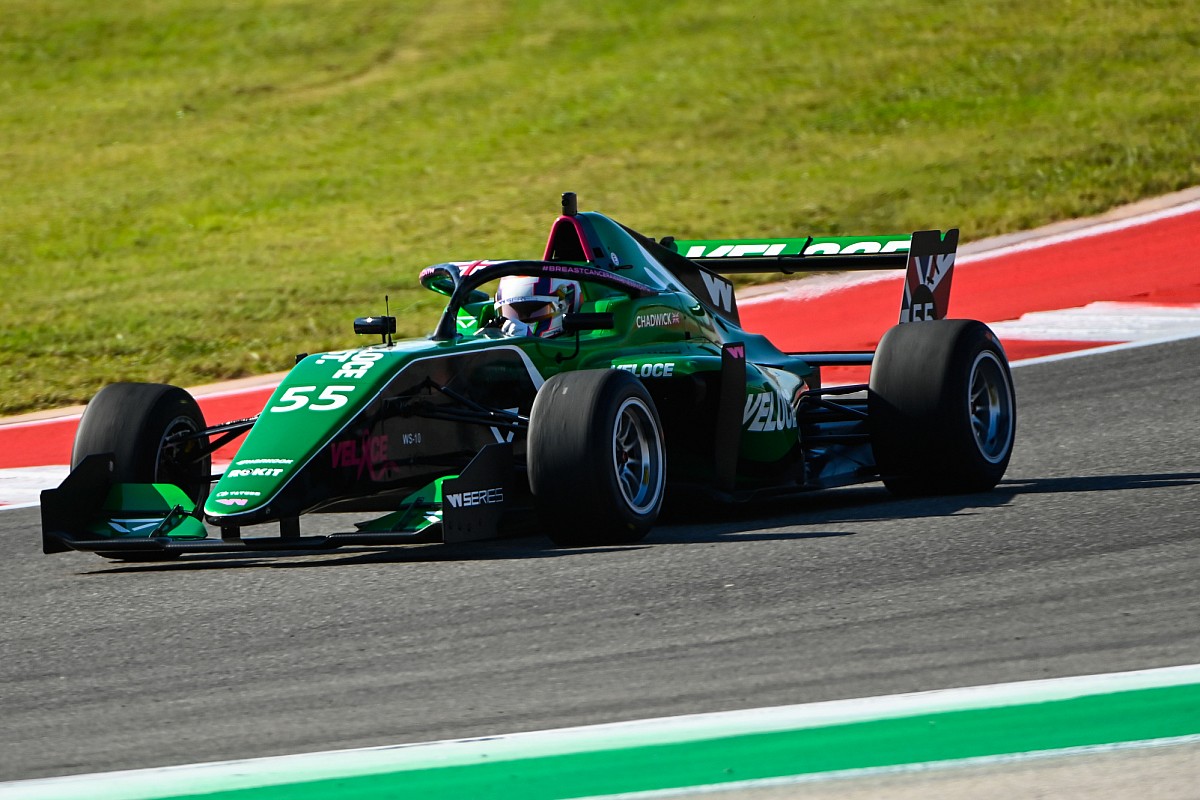 The Veloce Racing driver finished over a second clear of second-placed Emma Kimilainen, who sits third in the standings.

Powell, who went into the weekend level on 109 points with Chadwick, had a poor qualifying to line up P10, but clawed her way back through the field to complete the podium.

The title contenders now have three race wins apiece, with tomorrow’s race set to decide the winner of the championship’s second season.

Polesitter Abbi Pulling had looked set to take the final podium spot, competing in just her third race weekend, but was passed by mentor Powell on the final lap to finish fourth.

It leaves the championship crown up for grabs heading into Sunday’s final race at Circuit of the Americas, where Chadwick starts on pole, with Powell starting ninth.

Kimilainen looked set to take the lead in the run down to Turn 1 but was unable to slow in time, with Chadwick jumping into the top spot and Belen Garcia moving up into second, dropping Pulling into fourth.

Powell was up into seventh by lap two, having started tenth, while Chadwick built up over a second gap to Garcia behind her.

Kimilainen and Garcia tussled at Turn 12, with the Finn emerging into second while Pulling challenged for third amid the melee, moving into third after Sarah Moore went wide at the penultimate corner. 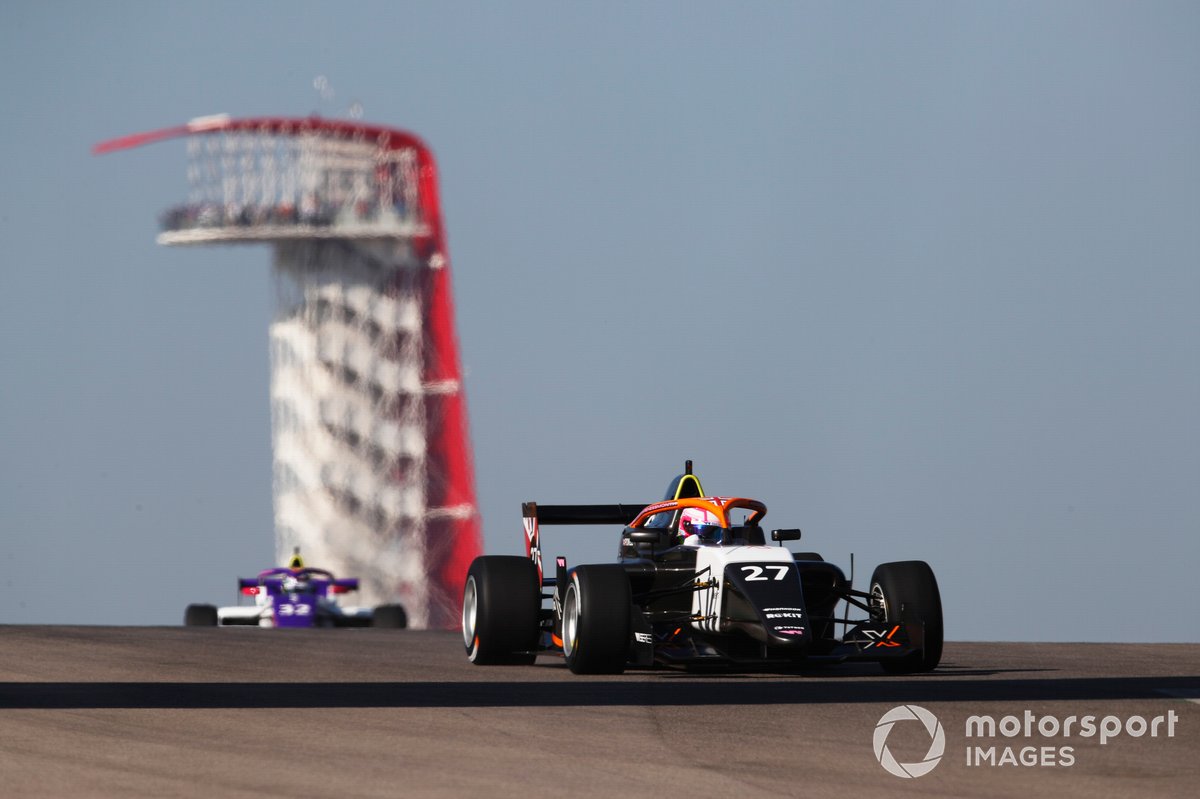 Powell had made up another two places 10 minutes into the race, passing Moore and team-mate Belen Garcia to take fourth in her pursuit of Chadwick, who by that point led by more than two seconds.

Yellow flags were waved in Sector 3 after Abbie Eaton was forced to pull to the side of the track with a mechanical issue, ending her race.

Kimilainen used the incident to her advantage, halving the gap to Chadwick to just 1.4s by the halfway point, with Pulling setting the fastest lap in third.

Hawkins passed Marta Garcia heading into the last 10 minutes, taking eighth, while the two Scuderia W cars tussled for fifth, allowing Visser to split the two by moving into sixth.

Belen Garcia spun at Turn 12, falling back to ninth and made contact with Hawkins while tussling with Marta Garcia. The incident will be investigated after the race.

With just five minutes remaining, Kimilainen continued to chip away at the gap to Chadwick, having cut it to just one second, while Powell closed in on Pulling in the fight for third.

Pulling was shown the black and white flag with just 90 seconds remaining for exceeding track limits and was reported to the stewards for a further breach.

Powell swept past Pulling on the final lap, securing the final podium spot despite the latter’s attempts to recapture the position.