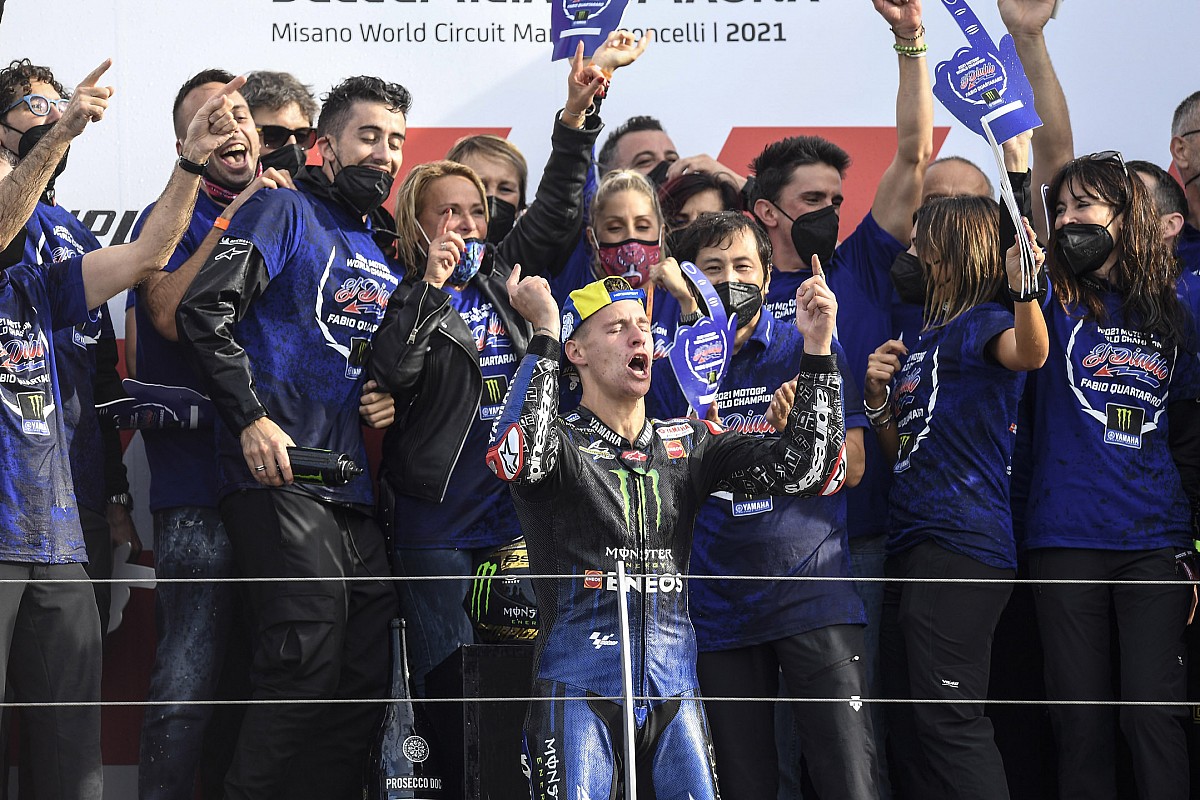 Quartararo secured his first MotoGP title at the Emilia Romagna Grand Prix at Misano, after championship rival Francesco Bagnaia’s crash from the lead made it mathematically impossible for the Ducati rider to stay in the battle.

As a result, Quartararo became the first French top-class grand prix motorcycle champion, completing the feat in only his third season at the top tier.

A number of his current and former colleagues paid tribute to Quartararo following his title triumph, after taking Yamaha’s first championship since Jorge Lorenzo in 2015.

“Fabio came to MotoGP without having managed to stand out in Moto2,” crew chief Diego Gubellini, who followed Quartararo to the Yamaha factory outfit after working with him at the Petronas SRT squad, told Autosport.

“That freed him from pressure and gave him the freedom he needed to understand that the important thing was to understand the bike and adapt to it, before thinking about making big changes.

“For Yamaha, that was a great help.

“Fabio is a rider with whom you can work very well. Among other things, because he accepts his share of the blame when he is at fault.

“[He] is easy-going because that’s his character. He’s very polite on a day-to-day basis, he’s not a ‘prima donna’.” 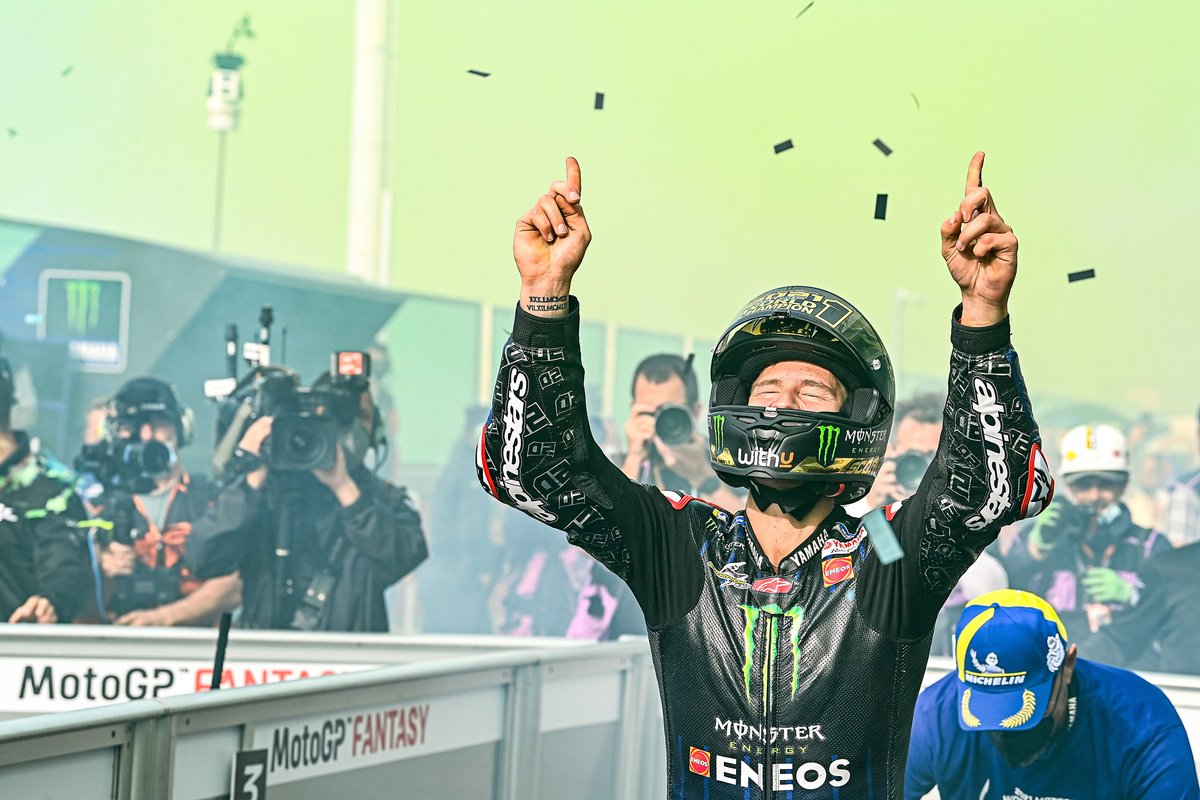 Yamaha team principal Lin Jarvis agreed with Gubellini’s assessment of Quartararo, and added that in addition to his riding capabilities, the Frenchman has brought “positivity” to the team.

Jarvis also explained that Quartararo’s affable nature means that he doesn’t need to make enemies out of his fellow MotoGP riders, and only requires an on-track rivalry to perform at his best.

“Personality is one of his strengths,” said Jarvis.

“He’s a good kid with the ability to go very fast on a bike, as well as being aggressive at the right times. But, combined with that, he also brings a huge dose of positivity.

“Some riders need an enemy to perform at their best, to empower themselves and try to destroy their rivals, but Fabio doesn’t.

“He doesn’t need enemies, he needs rivals to compete against, and I think that’s why he’s so popular even among his opponents.”

PLUS: The three factors that crowned MotoGP’s newest champion at Misano

Quartararo’s former SRT team manager Wilco Zeelenberg compared Quartararo to Lorenzo, having worked with both riders during his time in MotoGP, and explained that the 2021 champion can be more open-minded and adaptable compared to the Spanish rider.

“[Fabio is] someone who’s easy to work with. Jorge [Lorenzo] knew what he wanted; the rest didn’t matter to him. Fabio is very different,” Zeelenberg said. “He’s very open-minded and that gives him a great capacity to adapt.

“Mind you; he also has his share of ego, because he wants to beat everyone and because he hates to lose.

“But at the same time he shows a lot of respect, which is exceptional in this environment.”