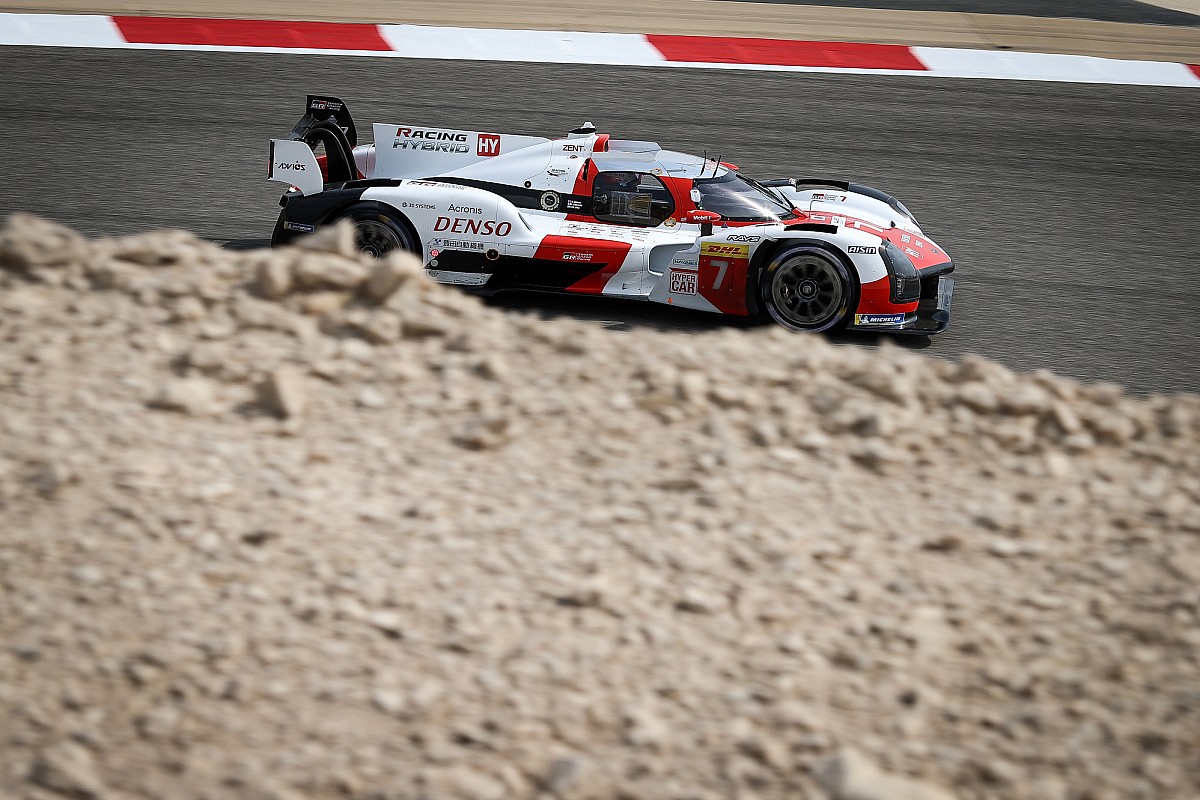 Pascal Vasselon, technical director of Toyota Gazoo Racing Europe, believes that high tyre degradation around the Bahrain International Circuit could play into the hands of Alpine’s Gibson-engined A480.

This is because the Toyota GR010 HYBRID Le Mans Hypercar weighs 110kg more than the grandfathered ORECA LMP1 design that formerly raced in the WEC as the Rebellion R-13.

“We are not expecting an easy race tomorrow,” Vasselon said in the wake of Toyota blocking out the front row in qualifying on Friday.

“This looks like a place where we could be in trouble in the race because we expect the Alpine to have significantly less tyre degradation.

Vasselon described the 3.63-mile BIC grand prix layout as being “very difficult for the LMH cars”.

“In our case the tyre degradation is aggravated by the fact that the car is very heavy with low aero,” he explained.

The Toyotas and the Alpine, the only runners in the Hypercar class for the Bahrain double-header this weekend and next, are allowed 18 tyres for qualifying and the six-hour race.

Toyota’s concerns about tyre degradation explain why it limited running of both its cars during the 15-minute qualifying session. 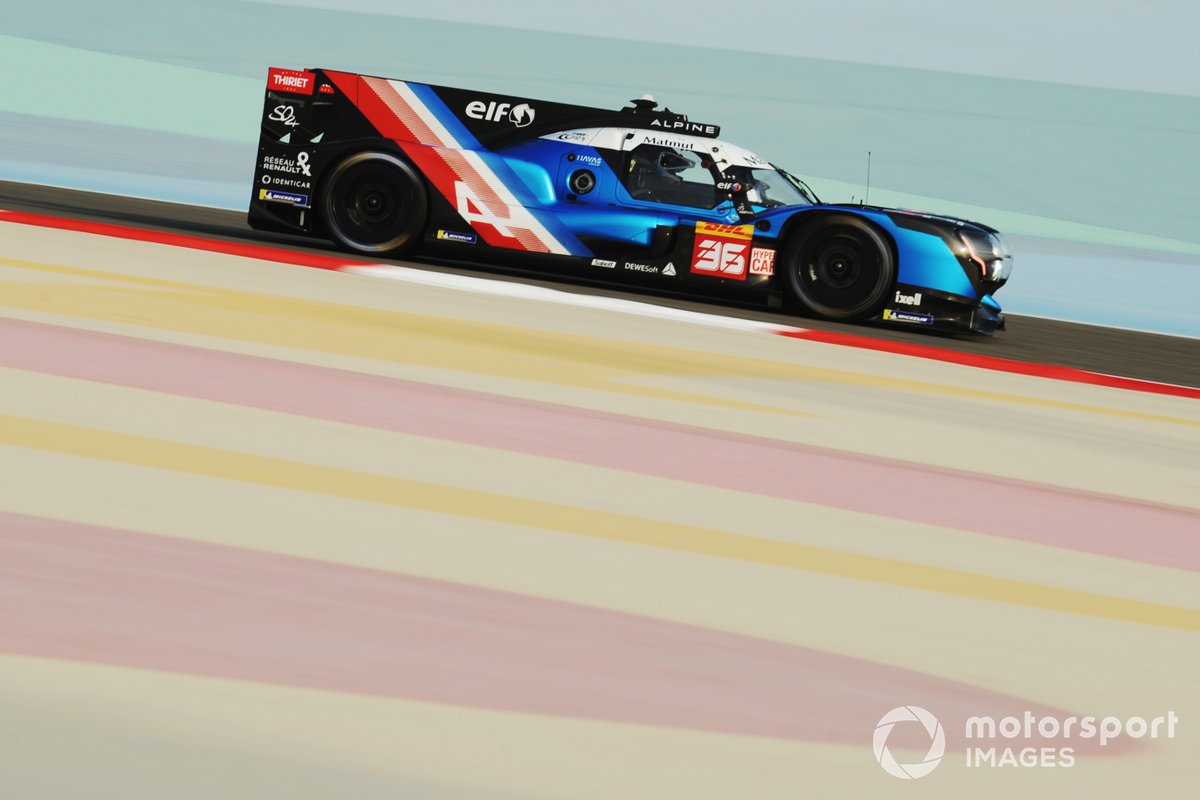 Brendon Hartley and Kamui Kobayashi, who qualified 1-2 for Toyota, each completed only one flying lap.

“We did not want to have two sets damaged in qually: clearly for the race it is better to have new sets,” explained Vasselon.

The Hypercar allocation will be 26 tyres for the race and qualifying for the eight-hour finale in Bahrain on November 6.

Toyota is also expecting the Alpine driven by Nicolas Lapierre, Matthieu Vaxiviere and Andre Negrao to be able to run for a similar number of laps as the GR010s between fuel stops in Bahrain.

This follows an increase in the fuel capacity of the A480 for the Le Mans 24 Hours in August and changes to the per-stint energy allocations in the Hypercar class in the latest Balance of Performance.

Vasselon said he is believes the Alpine will do “the same number of laps or maybe one less” as his cars.

That contrasts with the three fewer laps that the Alpine achieved in comparison with the Toyotas back in July at Monza, a circuit of similar length to Bahrain.

NO TEAM STRATEGY FOR BAHRAIN DOUBLE-HEADER
Toyota has insisted that the battle for the championship between its two crews in Bahrain will not be compromised by team strategy.

Vasselon explained that there will be no splitting of strategies between the GR010s over the final two races of the season to maximise the team’s chances.

“Here we will specially make sure that we will not interfere in the title fight – we will not apply any team strategy,” he said.

“We will not impose anything and they can do what they feel they should do.”

Vasselon made a similar pledge ahead of the 2019/20 WEC finale in Bahrain last November when the two Toyotas were the only LMP1 cars present.

When the two Toyotas are running together, the leading car must yield its position if the following car is faster

The positions of the two cars are then frozen at the final round of pitstops.

The pole secured by Hartley on Friday reduced this to eight points.