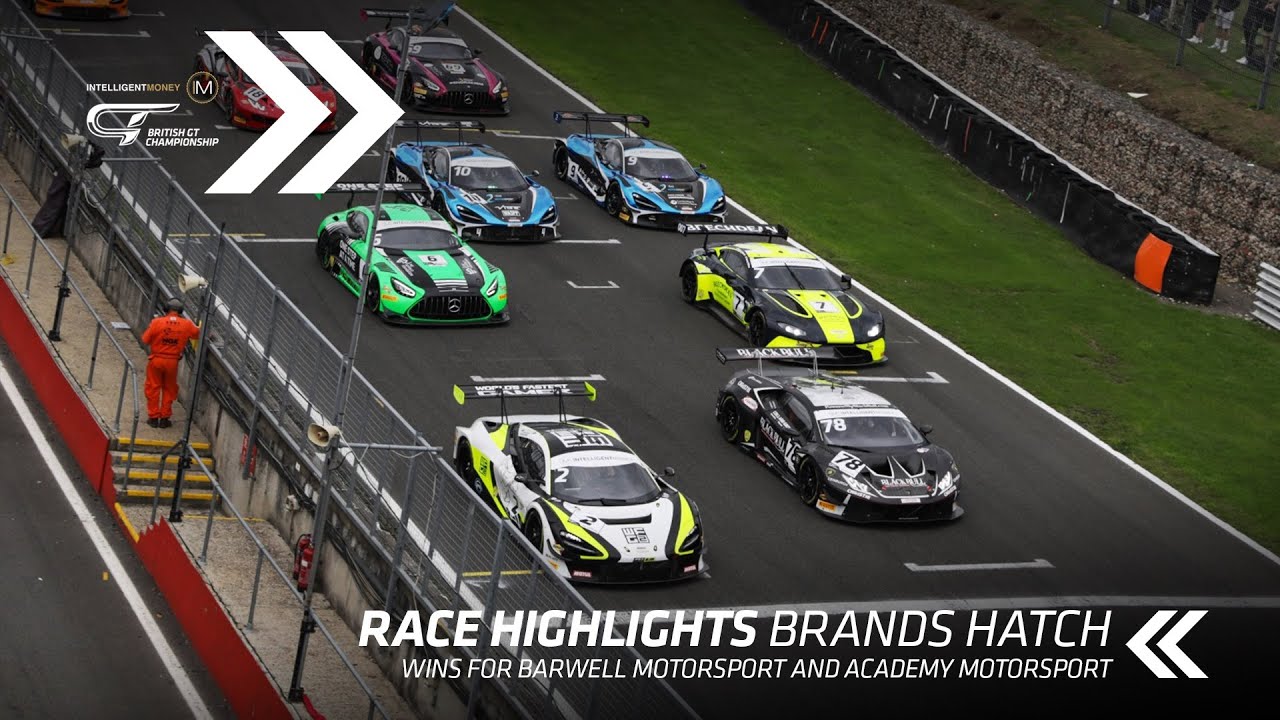 In GT4, strong drives from both Jordan Albert and Matt Cowley helped Academy Motorsport’s Ford Mustang charge from eighth to first. Albert clawed back half of the positions during the opening stint before his co-driver made the decisive move following the first of two Safety Car periods.

TF Sport’s Aston Martins should have completed the podium but collided at the start of the final lap when Jamie Caroline dived down the inside of Patrick Kibble at Paddock Hill Bend. Contact sent the latter spinning into the gravel and elevated Century Motorsport’s BMW shared by Andrew Gordon-Colebrooke and Ben Green to the final podium place.

Join us for live and uninterrupted coverage of major events, as well as behind-the-scenes access, special features and fun from inside the paddock.