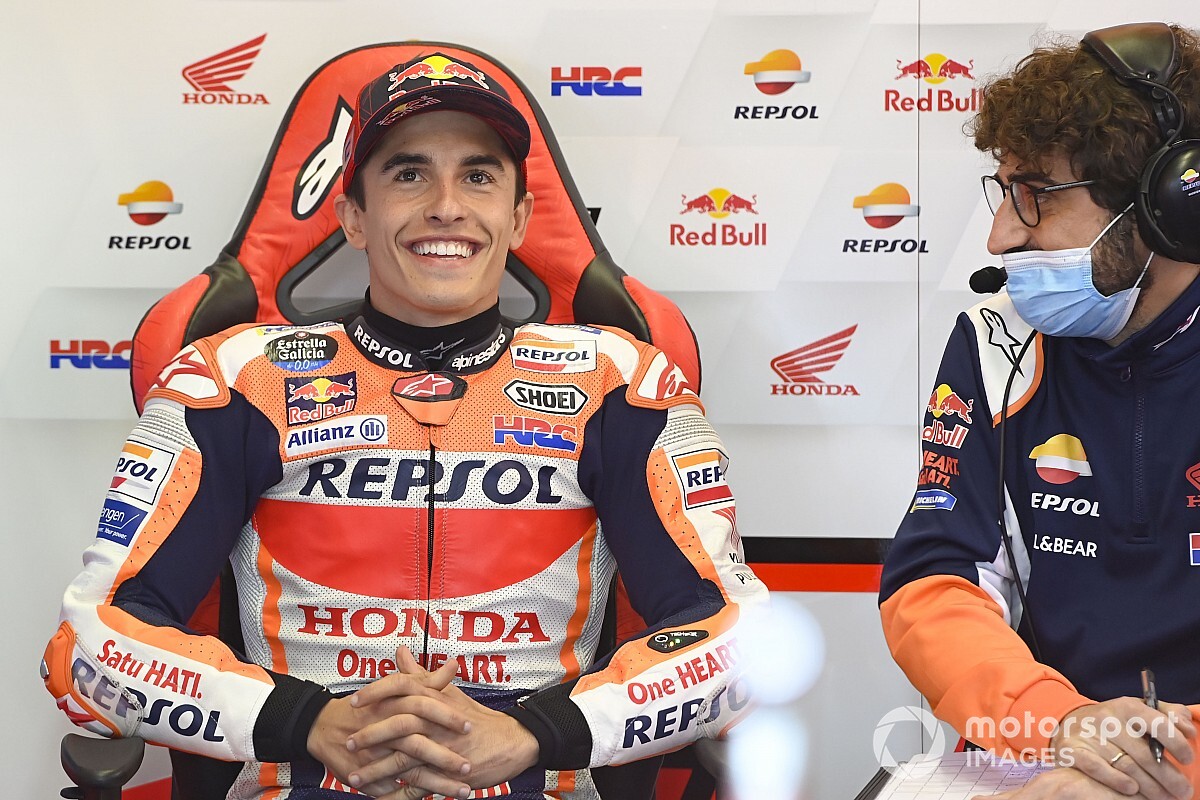 The six-time MotoGP world champion has been out of action since suffering concussion in a motocross training incident in November which triggered a return of a double vision – or diplopia – he previously had in 2011 after a Moto2 crash.

After missing the final two rounds of the 2021 MotoGP campaign and the post-season test, Marquez was allowed to return to motorcycling training last week and opted for a motocross outing.

Since then Marquez faced the media during Honda’s 2022 racing presentation last Friday when he admitted his doctors didn’t know how long his recovery would take but did receive a boost when it was confirmed he would not require surgery.

Marquez, who is undergoing his second serious injury comeback in as many years after badly breaking his arm in the 2020 MotoGP opener, said on Friday he wanted to try completing a track day at a Grand Prix circuit to be “100% sure that when I start the pre-season I will be fixed and I will be ready to do a normal season”.

Marquez’s factory Honda MotoGP team duly announced via its social media channels he will complete a track day at Portimao, the Portuguese GP venue, on Sunday on a RC213V-S – a road version of his MotoGP bike.

“Out for a Sunday ride,” Honda confirmed on social media. “Marc Marquez is back on track riding the RC213V-S as he continues to further assess his condition ahead of the 2022 season.”

Marquez will continue to follow the advice of his doctors after his Portimao track day before confirming if he is fit for the MotoGP pre-season test in Sepang scheduled for the 5-6 February.

“If I’m riding the bike it’s because I have a perfect vision. But at the moment, I follow the advice of the doctor,” Marquez said last Friday.

“He wants to see in a GP circuit with high speed alone, a one-day test with a lot of laps, if when I get tired I have some problem or not.

“So, I want to evaluate, and my doctor wants to evaluate all these things before allowing me to be in the Malaysia test.”

Marquez ended the 2021 season seventh in the standings with three races wins during his comeback from the arm injury which ruled him out of the 2020 season.

He finished 42 points clear of the next-best Honda rider – team-mate Pol Espargaro – despite missing four races and crashing out of four others.