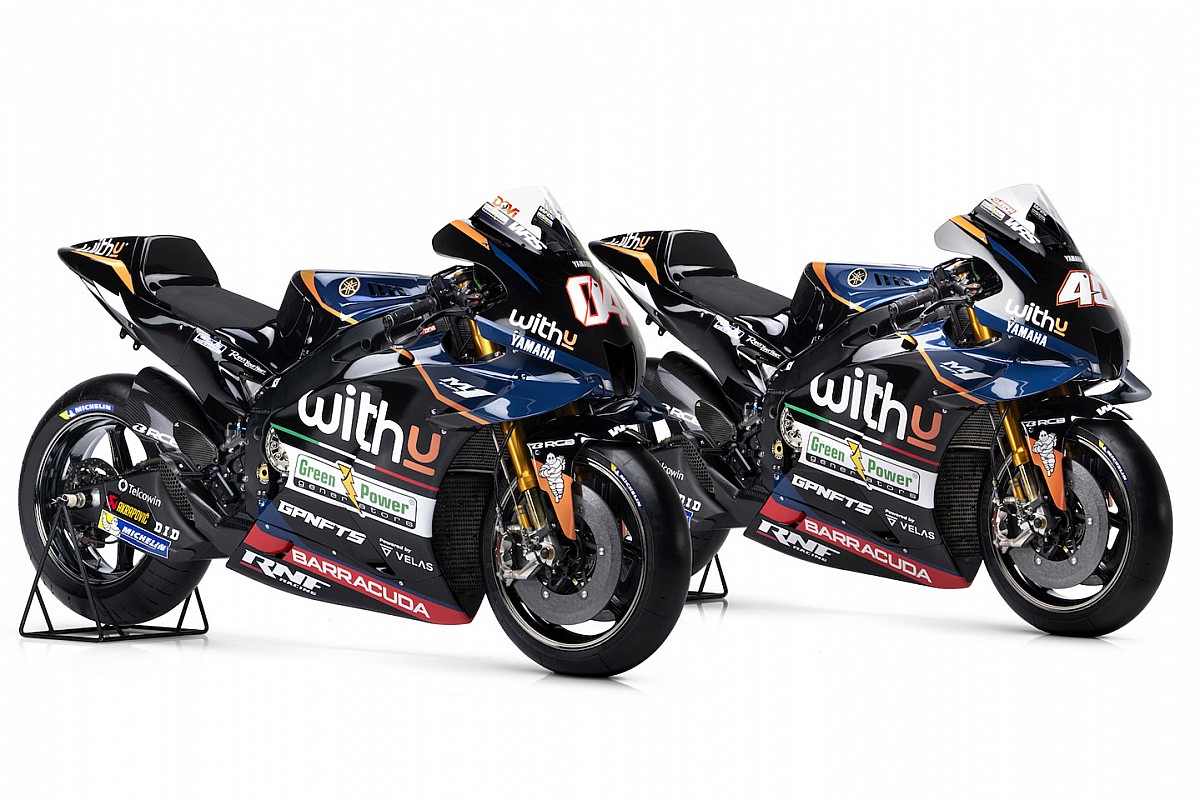 The RNF squad has been rebranded from Petronas Sepang Racing Team for 2022, after title sponsor Petronas elected to quit SRT at the end of 2021.

The Sepang-run team also ultimately elected to quit MotoGP for 2022, leaving current team boss Razlan Razali to take over the outfit and rebrand it as RNF Racing.

Dovizioso returns to full-time competition in MotoGP having undertaken the final five rounds of 2021 with Petronas SRT on Franco Morbidelli’s two-year-old Yamaha, after the latter stepped over to the factory Yamaha squad in place of the ousted Maverick Vinales.

After losing his ride with Ducati at the end of 2020, three-time championship runner-up Dovizioso carried out a test programme with Aprilia while serving a sabbatical last year before the SRT option became available.

He scored points in four of the five races he did last year, taking a best result of 12th at the season finale in Valencia.

Dovizioso will ride a factory-spec Yamaha in 2022 having signed directly with the Japanese marque.

Binder will pilot a 2021-spec M1 for RNF Racing having previously spent seven seasons in Moto3, the last of which with SRT last year.

A one-time Moto3 winner, Binder’s promotion to MotoGP has come under fire after a controversial collision with Dennis Foggia in Portugal last year helped decide the Moto3 crown in favour of Pedro Acosta once again put the South African’s riding standards in the spotlight.

It is thought Binder’s promotion to RNF comes as a result of him bringing much-needed backing to the squad after a disappointing 2021 as SRT, having scored seven podiums in its debut season with Fabio Quartararo in 2019 and finished runner-up in 2020 with Franco Morbidelli as both he and Quartararo won six races between them.

“For this 2022 season, we aim to be amongst the best of the Independent Teams at least,” Razali said.

“We want to fight for the Rookie of the Year, although we know it’s a huge challenge with five rookies in 2022 and Darryn being the only one of them to jump from Moto3 to MotoGP.

“For Andrea, he has a lot to prove coming back after more than six months of sabbatical. He definitely wants to prove not only himself, but everybody, that he still has the motivation, the experience and the drive to fight for the World Championship.”

RNF has signed a deal with Dorna Sports to participate in MotoGP through to the end of 2026 along with all current teams.

However, it currently only has a one-year deal with Yamaha with an option to extend.

Razali explained last year that this was a result of RNF having only been set up as an entity a few weeks before its deal with Yamaha – an established company – was made, with RNF having to comply with various trade regulations.

But Razali insisted both himself an Stigefelt came to a mutual agreement to part ways due to the closing of the Moto2 and Moto3 squads – which was Stigefelt’s primary focus – leading to a big reduction in staff.