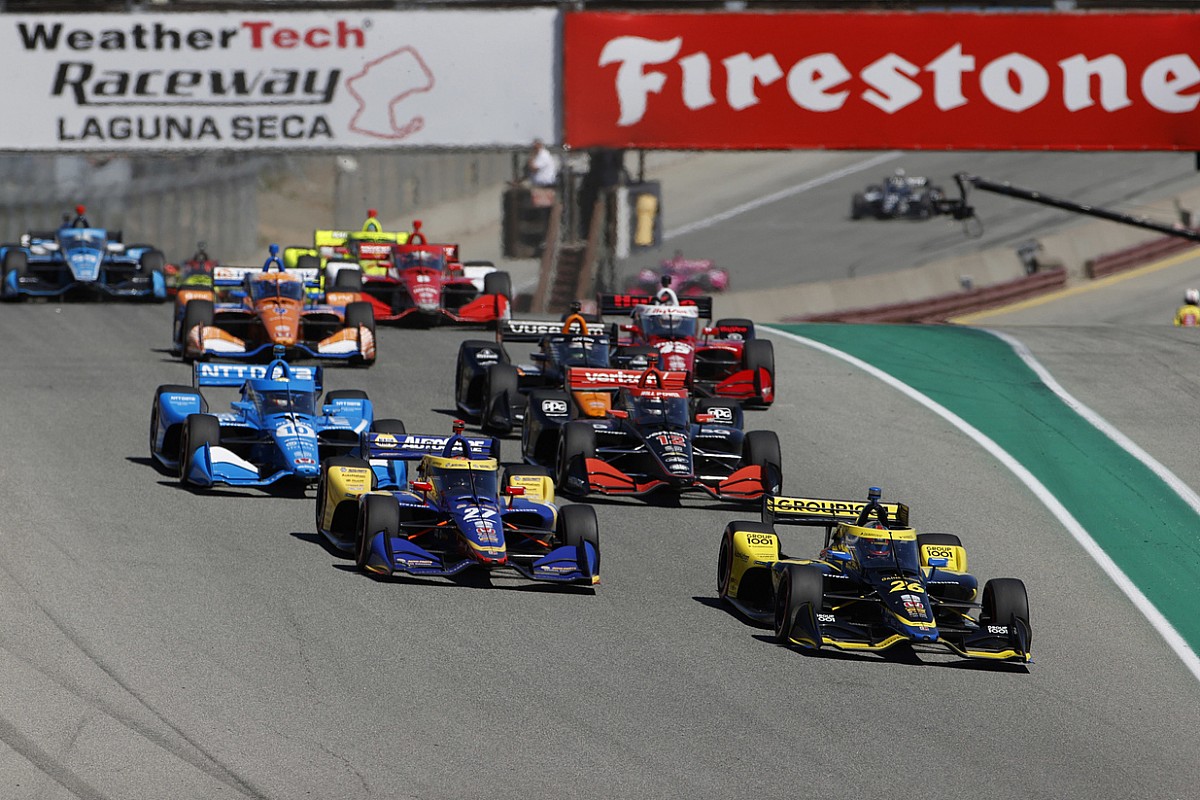 After finishing second and third in the IndyCar championship in 2018 and 2019 respectively, Rossi has suffered over the past two seasons, collecting a total of six podium finishes and taking ninth and 10th in the end-of-season points tallies.

Over the same period, Herta has scored four wins and been third and fifth in points, the deficit partly down to the younger American’s general superiority in qualifying, but also a couple of mistakes from the elder driver, and some genuinely poor luck.

In 2020, the Andretti team saw many of its best tracks deleted from the schedule due to COVID-induced restrictions and there were high-profile errors in pitlane. In 2021 matters improved but Rossi was eliminated from a couple of races by mistakes from other drivers, held back by a drivetrain issue at the Indy 500 and again made a couple of errors while in the running for top-three finishes.

Their contrasting fortunes have not affected the relationship between Rossi and Herta, however, and Rossi has seen his qualifying pace improve where he most needed it, on classic-style circuits. He also envisions new team-mate Romain Grosjean providing yet more intra-team rivalry in the season ahead.

Rossi commented: “Colton and I are great together. He’s become one of my good friends, honestly, and I love working with him, and he pushes me to be a better driver. I think there’s a lot of internal competition, certainly, in the team. After every session it’s all about what the other one did, so I think that’s great.

“In terms of driving the team forward, there’s competition between the two engineering departments on both cars. It certainly is a big factor in terms of elevating the team, and I think that there’s all the potential in the world for that to expand to potentially three cars in the organisation this year, which will be exciting for all of us.” 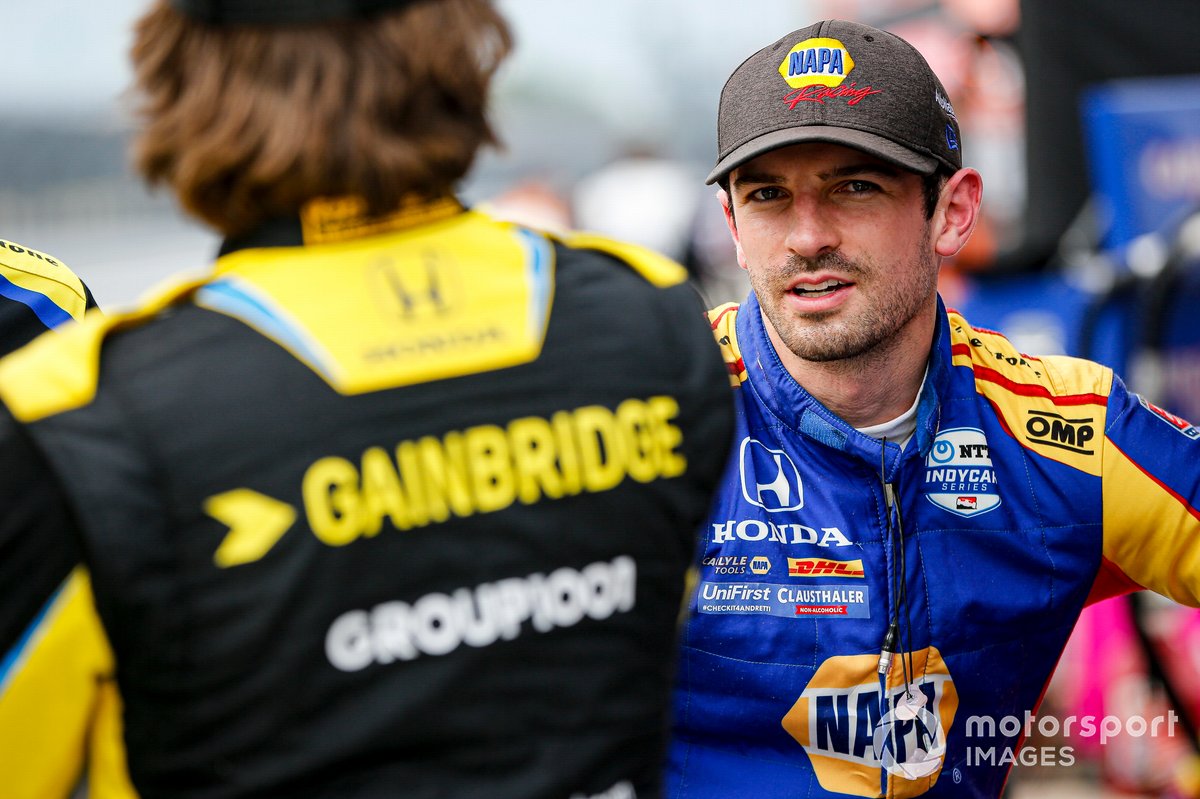 Asked about his late-season improvement on circuits, that saw him finish second at Portland and start second at Laguna Seca, Rossi said it was specifically his strand of Andretti Autosport rather than the team as a whole that made the necessary leap.

“I think the breakthrough was more for us on the #27 side,” he explained. “I think in a lot of respects, Colton’s road course pace was pretty stout all throughout the year. We struggled to match it. There’s a couple places – Barber and I think the Indy GP where we were better – but then Mid-Ohio and Road America there was a pretty big gap [deficit].

“Then we had a test at Laguna in August, and I think it was really positive for us. A big missing element, at least between the two of us last year, was the road course package. So that continuation has obviously been a focus [in the off-season] from our personal standpoint.

“I think team-wide, we haven’t been shy about saying that we need to get better there, really anywhere except Indianapolis. So I think that’s been, again, a big focus. We’re going to be testing at most of them this year, which is a positive.”

Explaining the last two years where Andretti Autosport has not entered the IndyCar finale with a shot at the championship, Rossi said: “I think 2020 and all that came with it in terms of the unknowns and the addition of the aeroscreen put us on the back foot, and then I think last year there was a lot of just trying to overcome that and make up a lot of lost ground in a short period of time.

Rossi’s strategist this year will no longer be team COO Rob Edwards, who will switch to the #29 car driven by rookie Devlin DeFrancesco. Instead, Brian Barnhart will call the shots for Rossi, while Josh Freund and Michael Andretti will be on Grosjean’s #28 car and Bryan Herta will continue on Colton’s car.