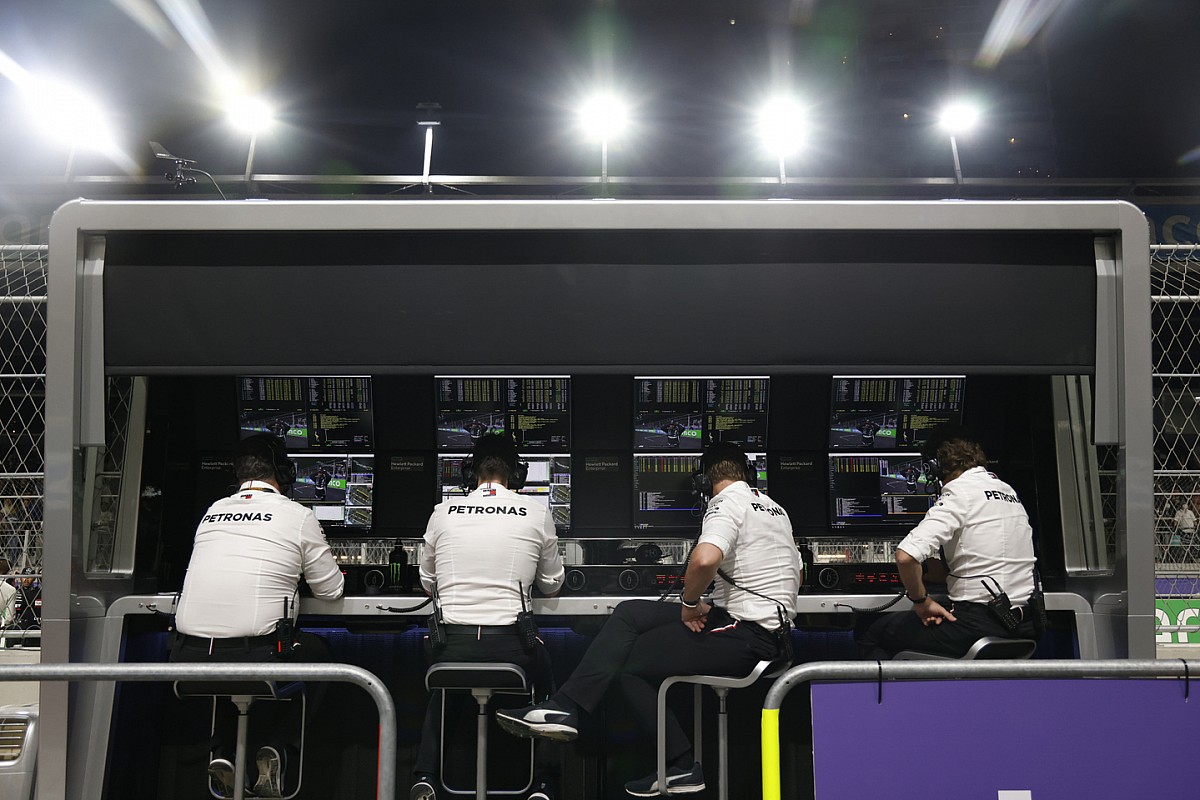 While that run of eight successive crowns is remarkable in itself, what is especially impressive is that it has been done under different eras of technical director.

With James Allison having taken up the reins from Paddy Lowe in 2017, last year he stepped into a new senior group role with his place as F1 technical director being taken by Mike Elliott.

Having been head of aerodynamics at Mercedes from 2012, before moving to the technology director role in 2017, Elliott certainly had his work cut out as he took on one of the most critical roles inside an F1 team.

For his step up came at the very time that Mercedes was battling the impact of the floor and bargeboard rule changes, plus a stronger-than-ever assault from Red Bull.

It proved to be a tense (and sometimes controversial) campaign. But through it all Mercedes’ best technical brains stayed focus on the main prize; and ultimately ensured the W12 stayed competitive to the final round.

Although from the outside it appeared to be a seamless transition for Elliott as he stepped in to the new role, the switch over wasn’t without its quirks – as he explains.

“I went from being a technology director, where I oversaw a number of departments, to being technical director where I oversee all the technical development and the race team,” he said. 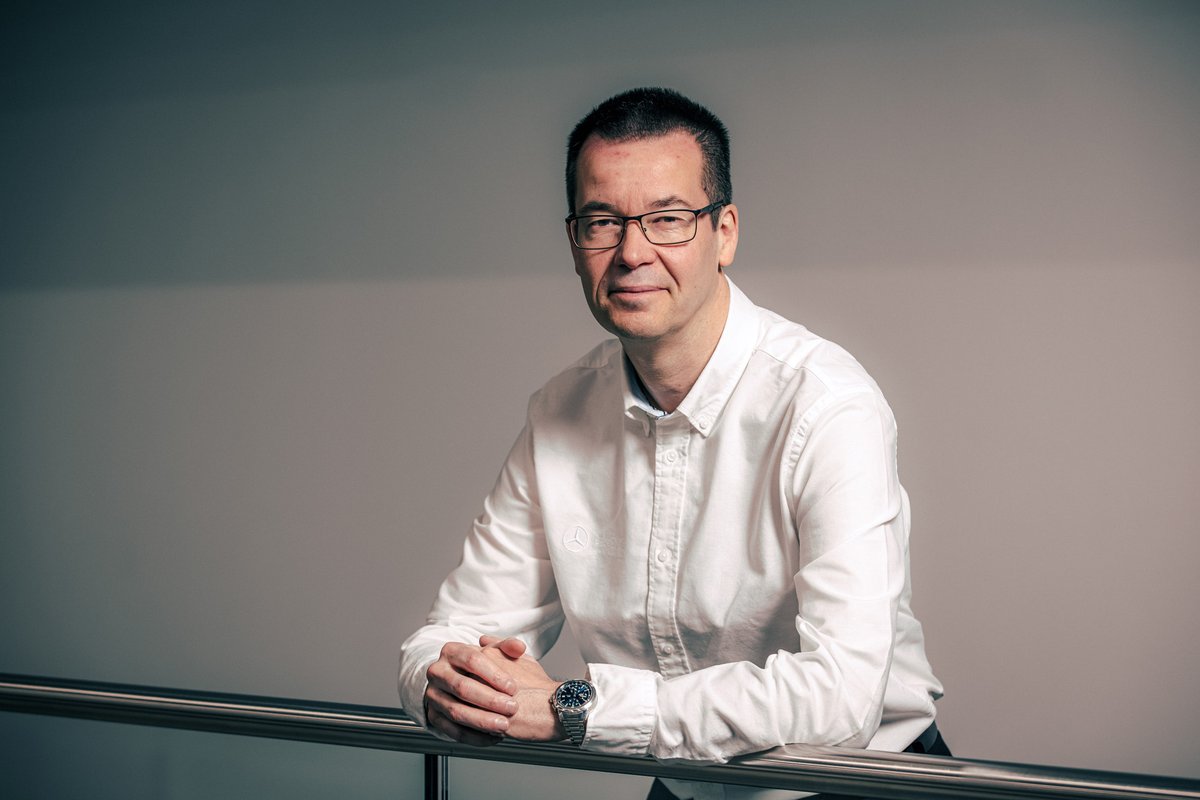 “I think I’m very lucky that I have a really good team around me and they’re all very experienced.

“I moved from being a peer to that team, to being the technical director, and that’s a strange transition to make because these are people I’ve grown through the company with, and suddenly now you’re the boss.

“But I think my style of leadership is one where it’s to try and get the best out of those people I’m working with, and it’s not to be the sort of dictator that stands at the front.

“I think sometimes there is this sort of image outside of the teams that the technical director is the person that’s involved in every single decision, and it’s them that controls everything. The reality of that is I don’t think it is very true in many teams. And it’s certainly not true in this team.

“My job is to try and make sure I’ve got the right people in the right places, and I give them all the tools they need to be able to do their jobs. So in that sense, it’s not very different to what I was doing before. It’s just a bigger slice of the pie.”

Elliott has a very feet on the ground approach to the task in hand, and doesn’t view the ups and downs of the 2021 F1 season with the same levels of drama as it sometimes looked from the outside.

For example, even when the world appeared to be writing off Mercedes in the build-up to the 2021 campaign, after a pretty torrid time in testing, the team never felt things were that bad.

Elliott adds: “To be honest, I didn’t think we were as far off as the timing might have suggested.

“The problem is in winter testing, you don’t know who’s running on what fuel levels or what programmes they are running.

“Last year, I don’t think we had a crisis of the car’s a disaster and we need to sort these things out.

“I think it was the usual things you go through, getting on top of the tyres, working out what’s your optimum set-up for your car and how could we squeeze a little bit more out.

“To be honest, the whole season has been a bit like that. You know, how can you just find those little extra bits and pieces that are going to keep bringing you small dividends as you go along?

“It’s difficult to know what the other cars are doing, what their aero [development] trackers look like, and how they are finding it.

“But we found that once we took the hit for the regulation changes, we actually got an a really steep development slope, which is kind of what you expect when the car is being really unsettled.

“Our bigger issue was more that developments flattened out fairly quickly. And what I don’t know is, for our competitors, whether they took less of a hit, or whether actually their development slope carried on a bit further than ours did.” 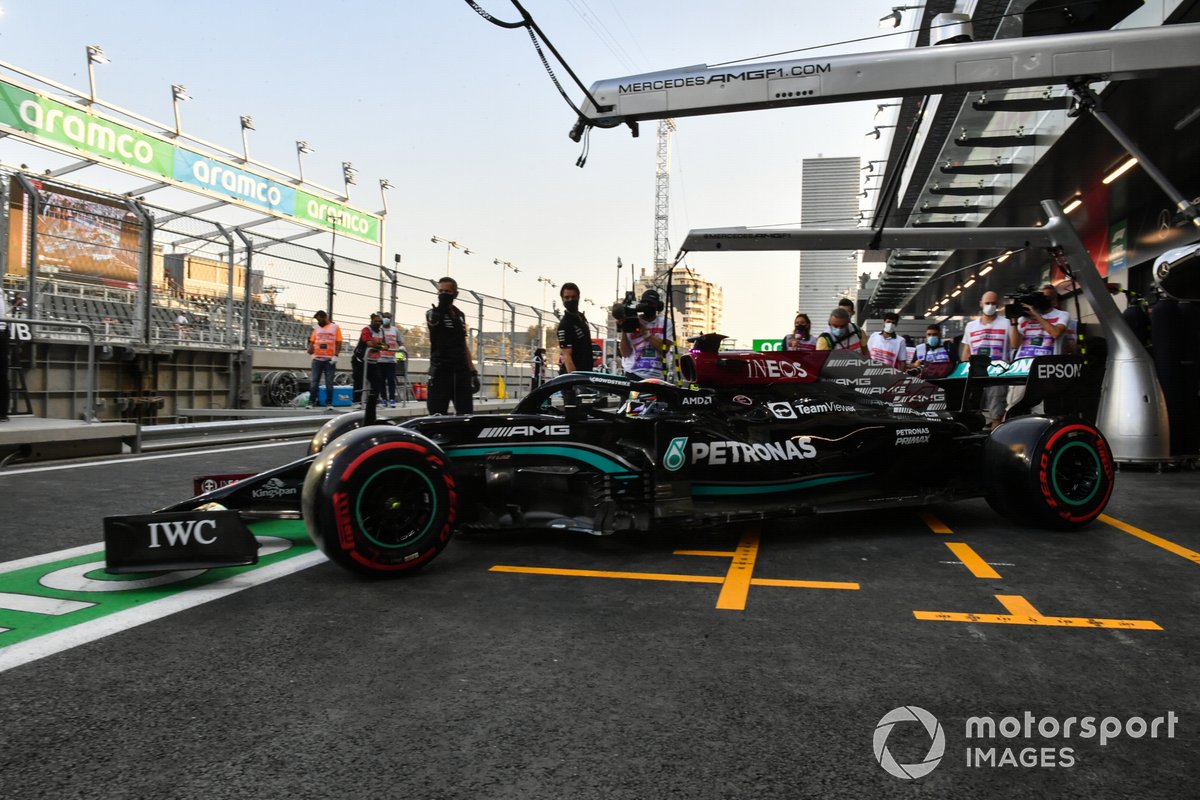 That need to fine-tune and find the perfect set-up window for the car also triggered suggestions from Lewis Hamilton that the W12 was a bit of a ‘monster diva’ when it came to finding the sweet spot – in reference to it being a step beyond the team’s tricky 2019 challenger.

It’s a perception that Elliott does not agree with entirely – as he reckons the biggest factor at play last year was how much Mercedes’ rivals were breathing down its neck.

“I think 2019 we definitely had a car that was on a sort of knife edge. And it was difficult to set up,” he said.

“I think the problem is the overall performance gap is just much smaller. And so, as a consequence of that, a tenth here or a tenth there certainly puts you from being in front to being behind.

“I think in previous years, when we’ve had a car that is three or four tenths up the road, sometimes more, sometimes less, if you turned up at a track and you didn’t get the last couple of tenths out of set-up, it didn’t matter. You just didn’t have the gap you had before.

One of the unique characteristics of the 2021 title battle was the fact that all teams had to juggle the development of the current car with work on the new rules for 2022.

It could be argued that Mercedes got its balance right, with it having produced a car that won the constructors’ title and came within one lap of securing Hamilton the drivers’ crown.

However, Elliott says the choices were especially hard for a top squad like Mercedes.

“I think the difficulty for all teams is the regulations that we were operating to,” he said. “They have been established for so long, that the gains you make are relatively small.

“It’s a lot of effort that goes into finding a tenth or two in the wind tunnel. Whereas the gains to be found on next year’s [2022] car have been pretty large.

“It was always going to mean that, if you put all your eggs in [the 2021] basket, you’re in really big trouble next season, and that balance is really difficult to strike.

“I think if you’re a team further down the grid, maybe that’s a bit easier to put your eggs into next year’s basket than it is for us.

“And the other problem we’ve got to deal with, along with the competitors that are around us in terms of performance, is that the aero testing restrictions mean that the front running teams have less runs to spend as well. So that again forces you into making really difficult decisions.”

There was another factor too that has started to weigh much heavier on the minds of a top team like Mercedes: the cost cap.

While the impact has hit home at the factories – with staffing levels having to be trimmed back – Elliot thinks the true impact of the now $140 million spending limit will only really bite for car development in 2022. 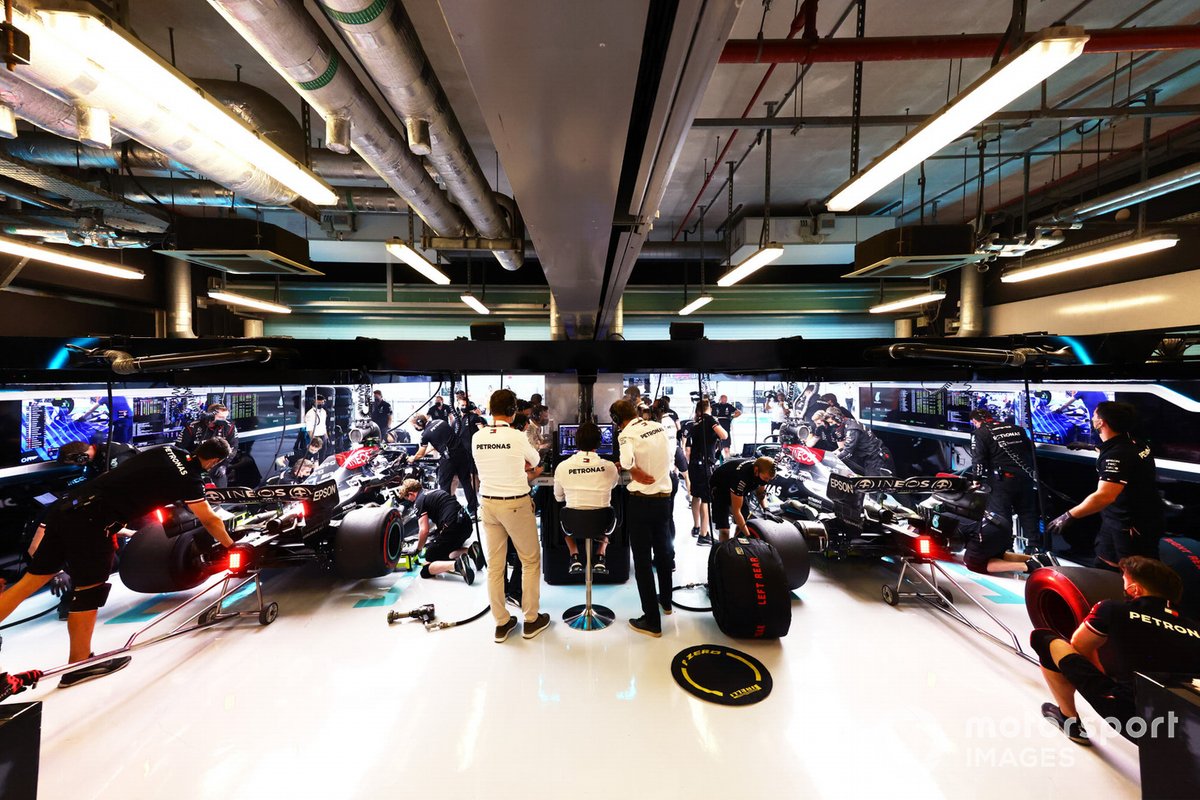 The team at work in the Mercedes garage

“The impact is going into future cars,” he said. “That’s not to say it hasn’t had an impact. It does.

“You’ve got to think carefully about: is the bit of research you’re doing or the thing you’re bringing the car worth the cost it’s gonna cost you? But as an engineer, I think those judgements have always been there.

“But I don’t think it’s been massive. I think we’ll see much more of that next season and into next season’s development.”

F1’s new era may bring with it some unique and fresh challenges, but despite being relatively new to his role, Elliott’s team is very much focused on delivering the same successes as in the past.