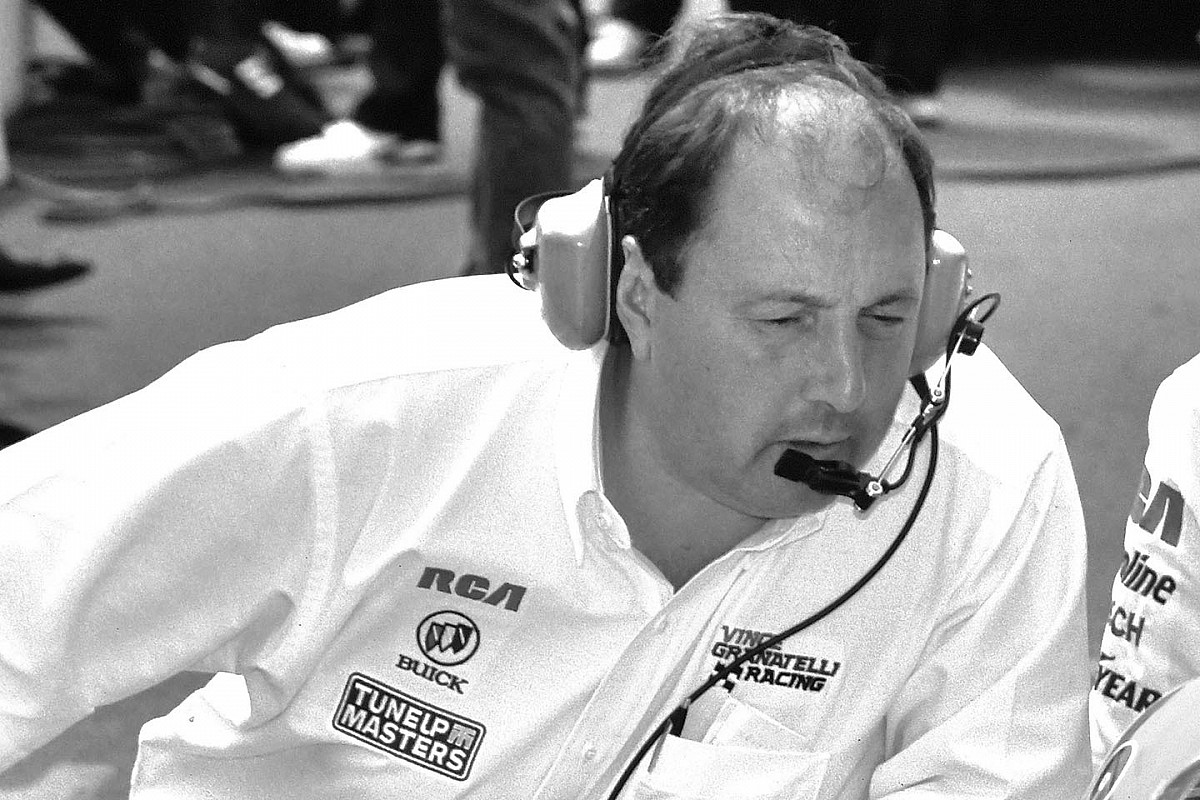 Vincent Joseph Granatelli, son of charismatic STP promoter Andy Granatelli, was a crew chief when STP ran the famous turbine cars, and was also involved in the STP team’s brief flirtation in Formula 1, which saw Mario Andretti score a podium in a March 701.

But Vince truly emerged from the shadow of his father when he took over Dan Cotter’s Indy car team in the 1980s and almost immediately found success.

After winning the Indy 500 in 1983 with Tom Sneva, the Bignotti-Cotter team’s fortunes dwindled as Sneva departed and Bignotti retired. Roberto Guerrero scored only four podiums in three seasons. 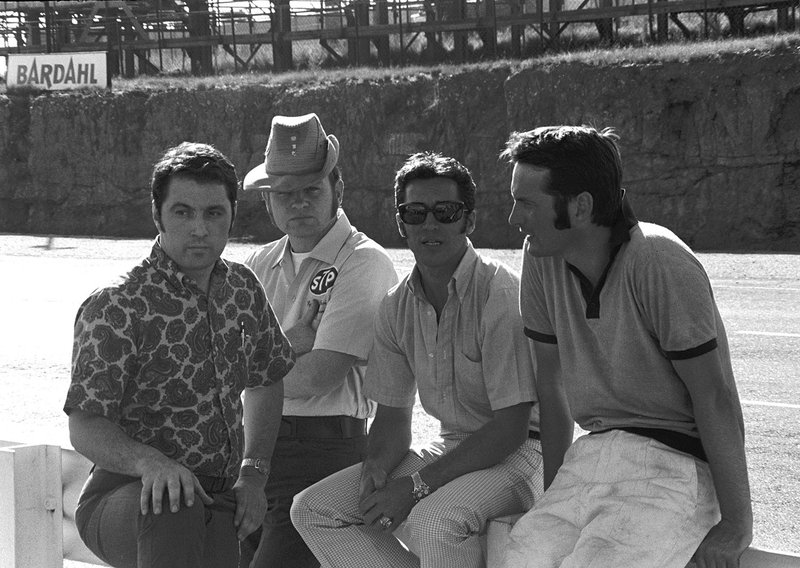 However, with Vince Granatelli in charge from 1987, the team won only its second race, Guerrero charging from the back of the field at Phoenix (his car had failed post-qualifying scrutineering) to take victory.

At the next race, the Indy 500, Guerrero took over the lead after the dominant Mario Andretti retired with 23 laps to go, but his car’s clutch had been damaged in a collision with another car’s errant wheel – which flew up into the grandstands and killed a spectator. Departing pitlane after his last stop, Guerrero’s faulty clutch caused him to stall twice, handing Penske’s Al Unser his fourth Indy 500 victory. Guerrero came home runner-up.

He faced further disappointment at Milwaukee and Portland despite taking pole for both, and a pole at Cleveland yielded only fifth place, but at Pocono Guerrero scored a podium and two races later he was a winner at Mid-Ohio.

A huge shunt testing at Indianapolis Motor Speedway put the Colombian star in a coma, out of action for the last three races of the season, yet he still finished fourth in the championship.

By comparison, 1988 was a bust, riddled by bad luck and accidents, with just two podium finishes. At the end of the season Guerrero departed, and Granatelli switched to the Buick engines for 1989 but the ageing Tom Sneva, John Andretti and Didier Theys could barely muster a top 10 finish, and 1990 would prove little better. 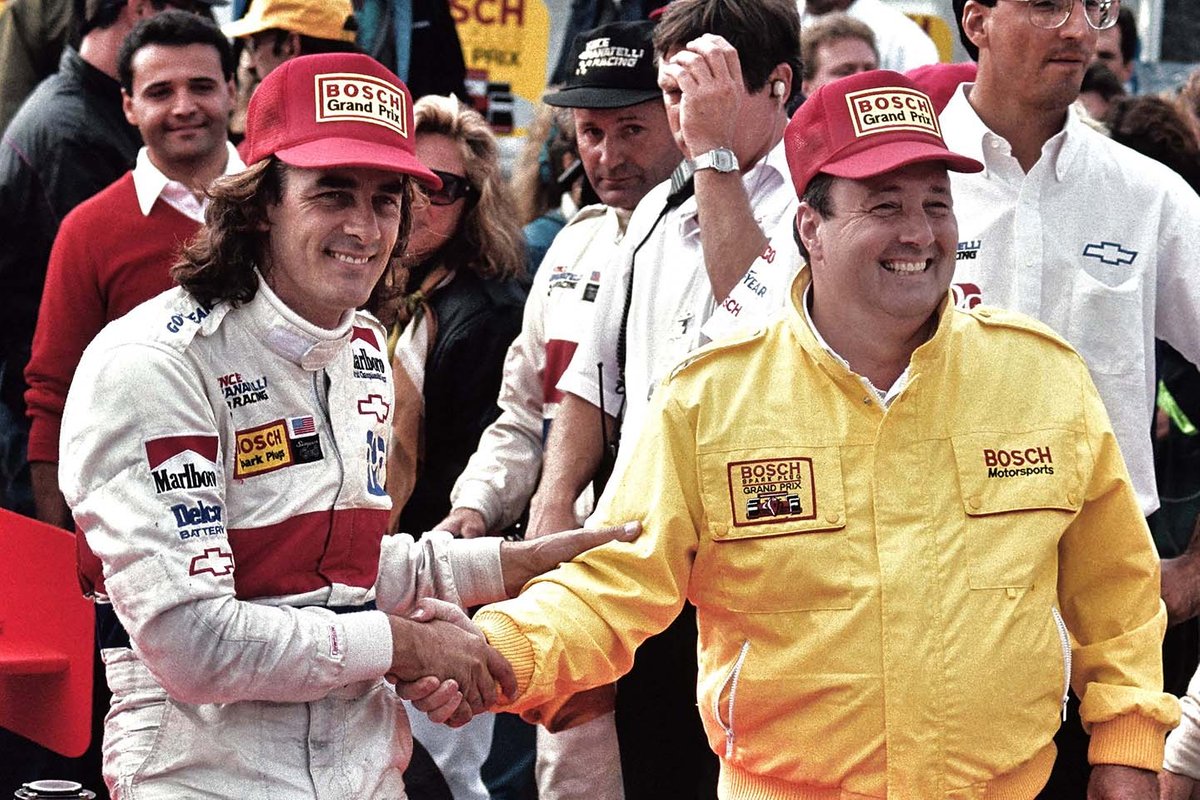 Arie Luyendyk with Vince Granatelli after their second and last win together at Nazareth in 1991.

However, at the end of the year, Granatelli merged with the now Bob Tezak-owned Doug Shierson Racing and thus acquired the services of the most recent Indy 500 winner Arie Luyendyk and a contract with Chevrolet. The Luyendyk-piloted Lola-Chevrolet won at Phoenix, Granatelli somehow kept the team going through the summer despite falling out with Tezak, and was rewarded for his perseverance with another win, when Luyendyk captured victory at Nazareth and went on to finish sixth in the championship.

Despite this, Granatelli couldn’t find the funding to continue and so shut down the team.

A sorrowful Luyendyk, who remained in contact with his former boss, tweeted: “Just heard that Vince Granatelli passed away today, I’m gutted, devastated by this sad news. We have lost an icon of our IndyCar community and a great friend.” 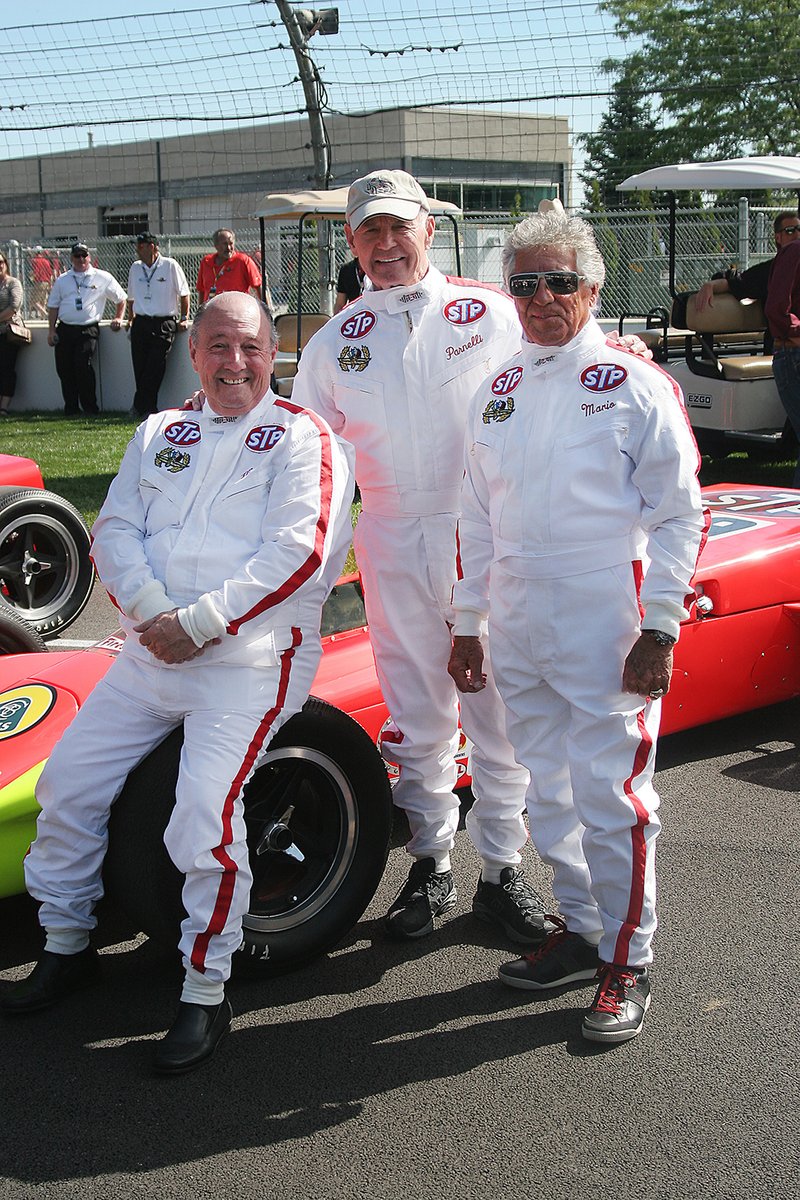 Vince Granatelli with Parnelli Jones and Mario Andretti in 2014.