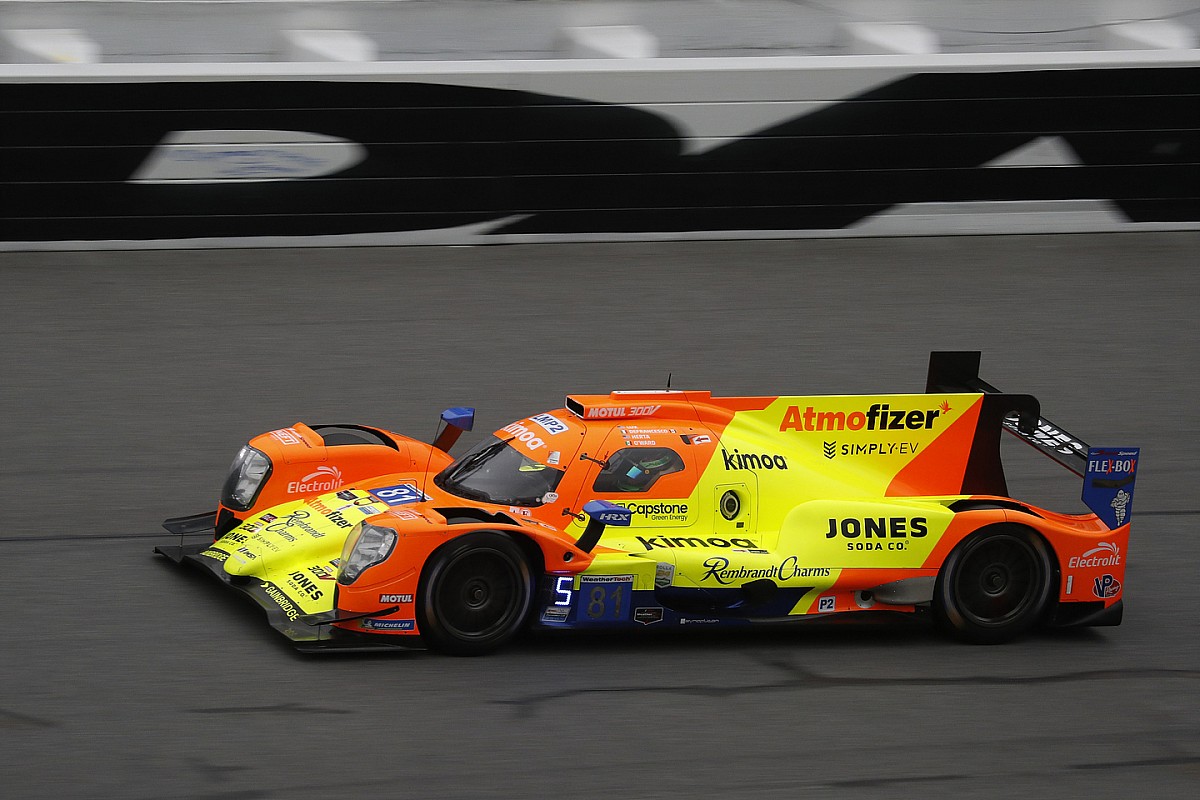 The DragonSpeed car managed 33 laps in the 90-minute session, some 1.5s ahead of next fastest LMP2 runner Nico Muller in the High Class Racing machine, with Frits Van Eerd third for Racing Team Nederland ahead of Paul-Loup Chatin.

In the DPi class, Earl Bamber’s 1m49.267s lap in the #02 Chip Ganassi Racing Cadillac DPi-V.R gave him a similar margin as O’Ward over the nearest opposition, Filipe Albuquerque in the 2021 Daytona 24-winning Acura ARX-05 of Wayne Taylor Racing.

Next up was Oliver Jarvis of Meyer Shank Racing, the #60 Acura being the only DPi car to do more than a dozen laps in the session, as teams expect the damp conditions at the moment to be unrepresentative of how Daytona will be this weekend.

Forecasts suggest instead that it will be extremely cold, with temperatures hovering around freezing point.

Only four LMP3 cars completed laps in FP1, with Matt Bell topping the times in AWA’s Duqueine ahead of Muehlner Motorsports’ similar car in the hands of Cameron Shields.

GTD was led by Luca Stolz in the SunEnergy1 Mercedes, and his time put him second in the 33-car GT field overall, as well as half a second faster than Jordan Pepper’s best effort in the Inception McLaren 720S.

Maxi Goetz was third fastest despite spinning the Alegra Motorsports Mercedes, while Katherine Legge slotted the Hardpoint Porsche into fourth.