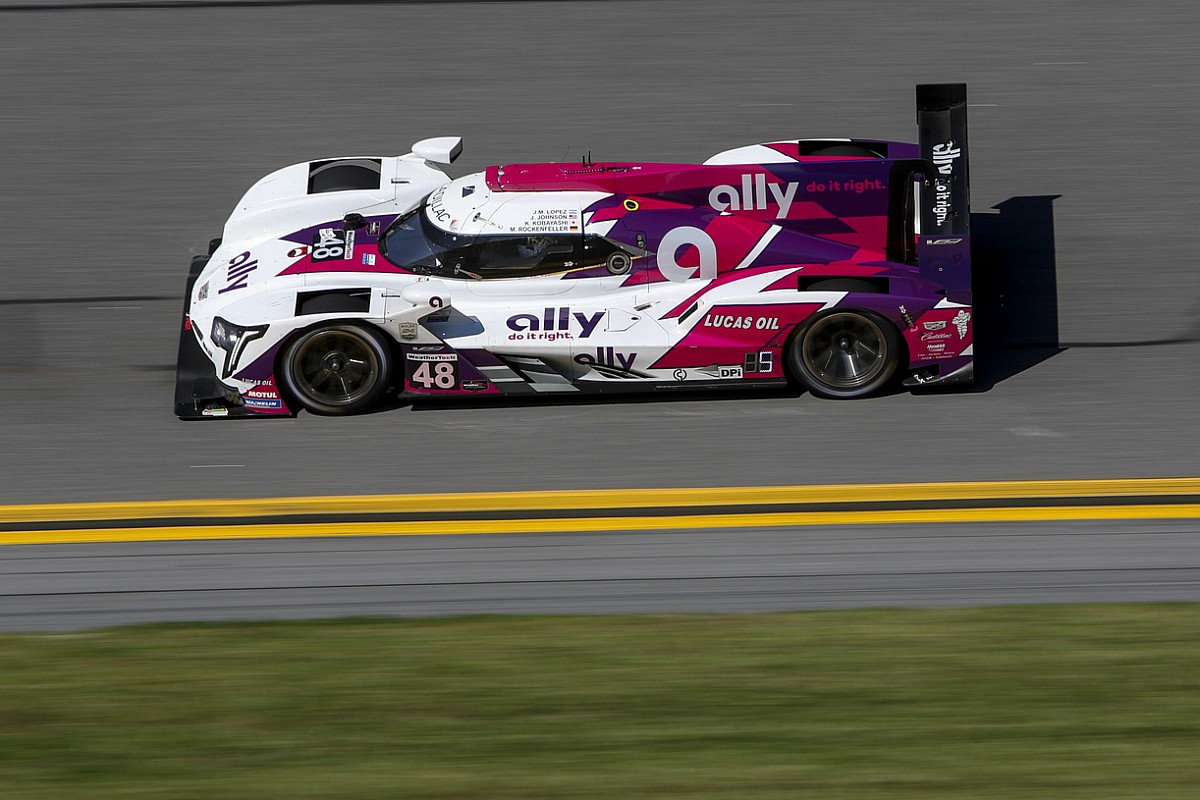 The pole-sitting Wayne Taylor Racing Acura of Filipe Albuquerque was shuffled back to third on the opening lap, with Tristan Vautier storming into the lead in the JDC Miller Motorsport Cadillac DPi-V.R that he had qualified fastest prior to last week’s grid-setting qualifying race.

Kobayashi also overtook Albuquerque in the Ally-liveried Action Express Racing Cadillac he shares with Mike Rockenfeller, Jimmie Johnson and Jose Maria Lopez, the Japanese then moving ahead of Vautier on lap seven.

Kobayashi had remained at the head of the field from Vautier and the two Chip Ganassi Racing Cadillacs of Sebastien Bourdais and Earl Bamber, when Dwight Merriman shunted his Era Motorsport LMP2 ORECA under braking.

The American amateur driver, who had earlier spun leaving pitlane before the start of the race, appeared to be wrong-footed by his closing rate on an LMP3 car ahead and clipped the tyre barrier approaching the corner apex.

The yellow flag prompted the leading Daytona Prototype international machines to pit for a second time, with Bamber shuffled back to sixth behind Albuquerque and reigning IMSA champion Pipo Derani in the Whelen Engineering-liveried Action Express Caddilac.

Tom Blomqvist ran seventh for Meyer Shank Racing after a wheelnut issue in its first stop.

High Class Racing’s Dennis Andersen moved into the lead of LMP2 following the pitstop under the first caution, with Steven Thomas second for PR1 Mathaisen Motorsport. 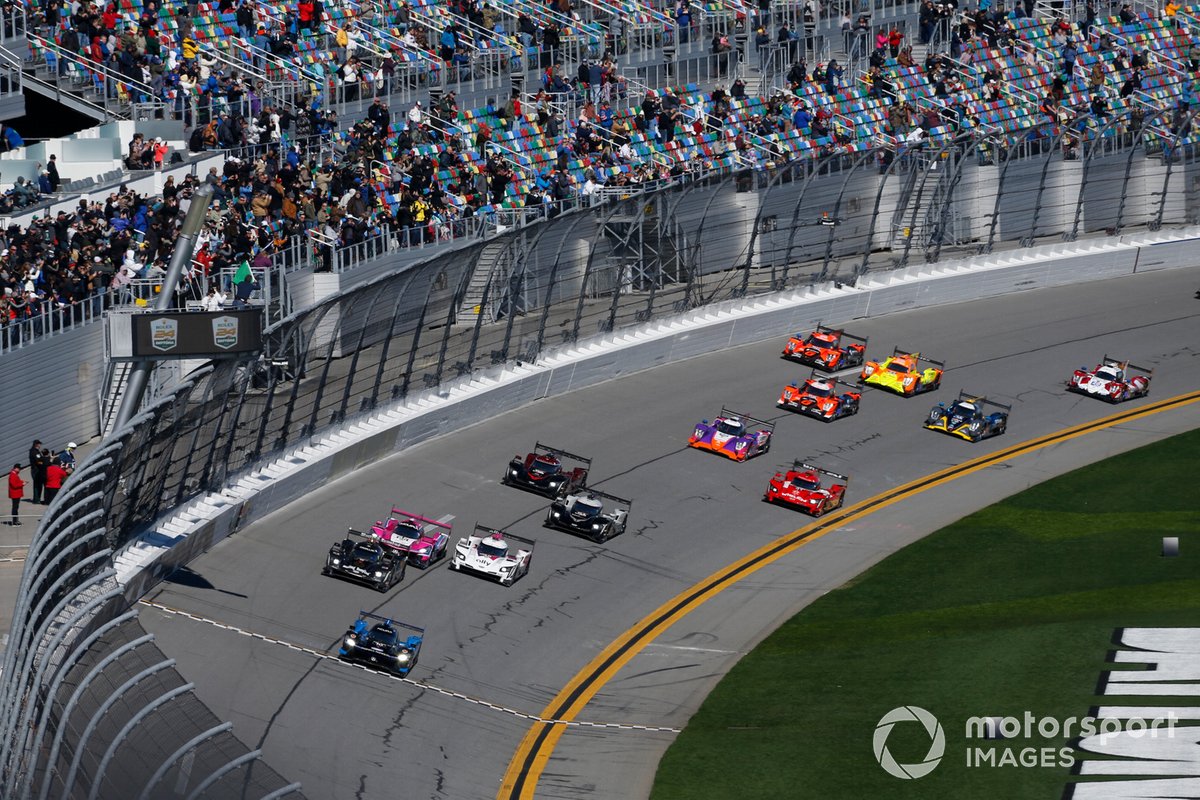 Albuquerque leads into Turn 1 at the race start, but soon dropped behind Vautier and Kobayashi

John Falb had vaulted the G-Drive Racing by APR #69 into the lead at the race start, but was adjudged to have gone too early and dropped back down the order.

Porsche 911 GT3Rs run 1-2-4 in GTD Pro, with Mathieu Jaminet in the Pfaff Motorsports car leading Julien Andlauer’s WeatherTech example. Patrick Pilet is fourth in the KCMG Porsche but is behind Rolf Ineichen in the TR3 Racing Lamborghini Huracan that started on the class pole.

Ben Barnicoat lay fifth in the Vasser Sullivan Lexus RC F with the two factory Corvettes behind split by Ross Gunn in the Heart of Racing Aston Martin Vantage.

Till Bectolsheimer’s Gradient Racing Acura NSX led the pro-am GTD class and ran ahead of all the GTD Pro cars after short-fuelling under caution.

The Rahal Letterman Lanigan-run BMW M4s have suffered a double blow, its #24 entry going behind the pitwall early with rear-end damage, and Connor De Phillippi suffering a long stop in the sister #25 car.