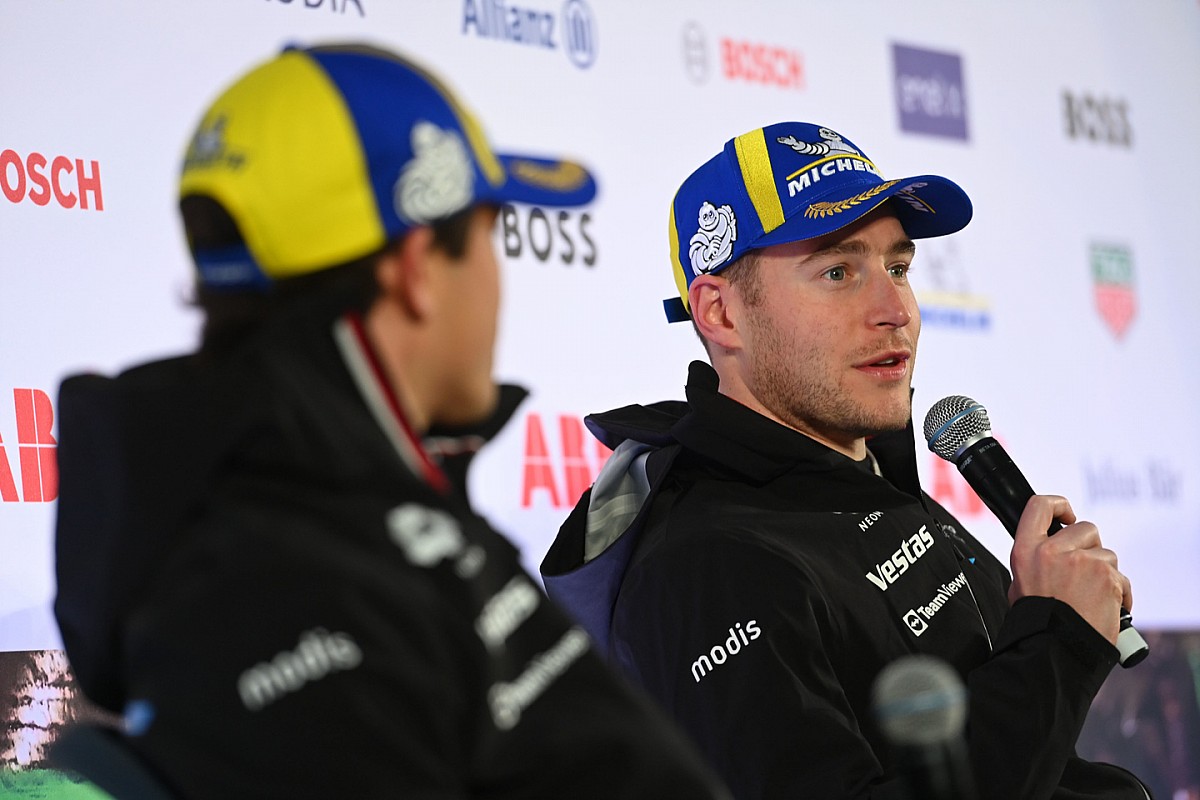 Vandoorne had built up a strong lead from pole position, keeping reigning champion de Vries at bay and ensuring an ample gap between the two in the opening salvo of laps.

Following a safety car brought out for Oliver Rowland’s stranded Mahindra after a skirmish with Robin Frijns, Vandoorne caught the rest of the field napping on the restart and continued to forge a lead over de Vries at the front.

But Vandoorne hit trouble taking attack mode for the second time, proving unsuccessful in activating the 30kW power boost which handed the lead to de Vries.

The Belgian accepted the blame for the mistake and explained that the third loop in the attack mode zone proved problematic, costing him time “for nothing” and leaving him to settle for second.

“I missed the third attack loop on on my second activation, which meant I just lost one-and-a-half, two seconds for nothing, basically,” he said.

“And there’s only myself to blame for that.

“Everything before that [in] the race was was going well. [I] was leading the pack, I think our pace was looking quite strong.

“It was about hitting the targets and making sure we were doing everything right with the procedures. 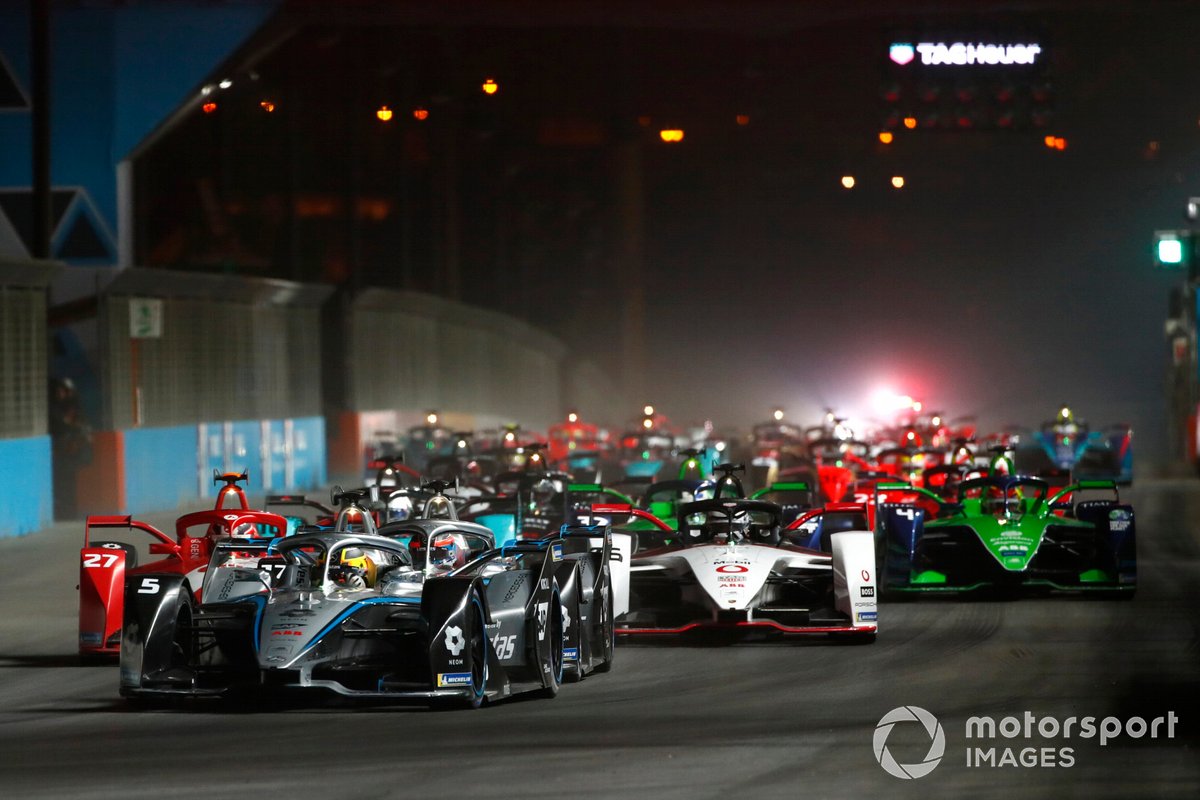 “But then I basically handed the position to Nyck, and from there we stayed together and managed to finish 1-2.

“I’m a little bit disappointed obviously with the attack mode and not taking the loop correctly.

“But it’s still a very positive day in general for for myself for the team position and a second place. We can be satisfied with the start of the season.”

De Vries explained that he felt fortunate that Vandoorne had made an error with his attack mode, but was happy with a “perfect” start to the season – despite his FP1 shunt on Thursday.

The reigning champion hit the wall at Turn 3 on his first lap, ending his session immediately with limited opportunities to make up the lost miles, but ultimately replicated his Diriyah race-winning form from his title-winning 2021 season.

“The result might be the same, but the way we achieved it felt very different,” explained De Vries.

“Obviously starting with [Thursday], tapping the wall on lap 1 didn’t help, it just put myself and the team on the backfoot. 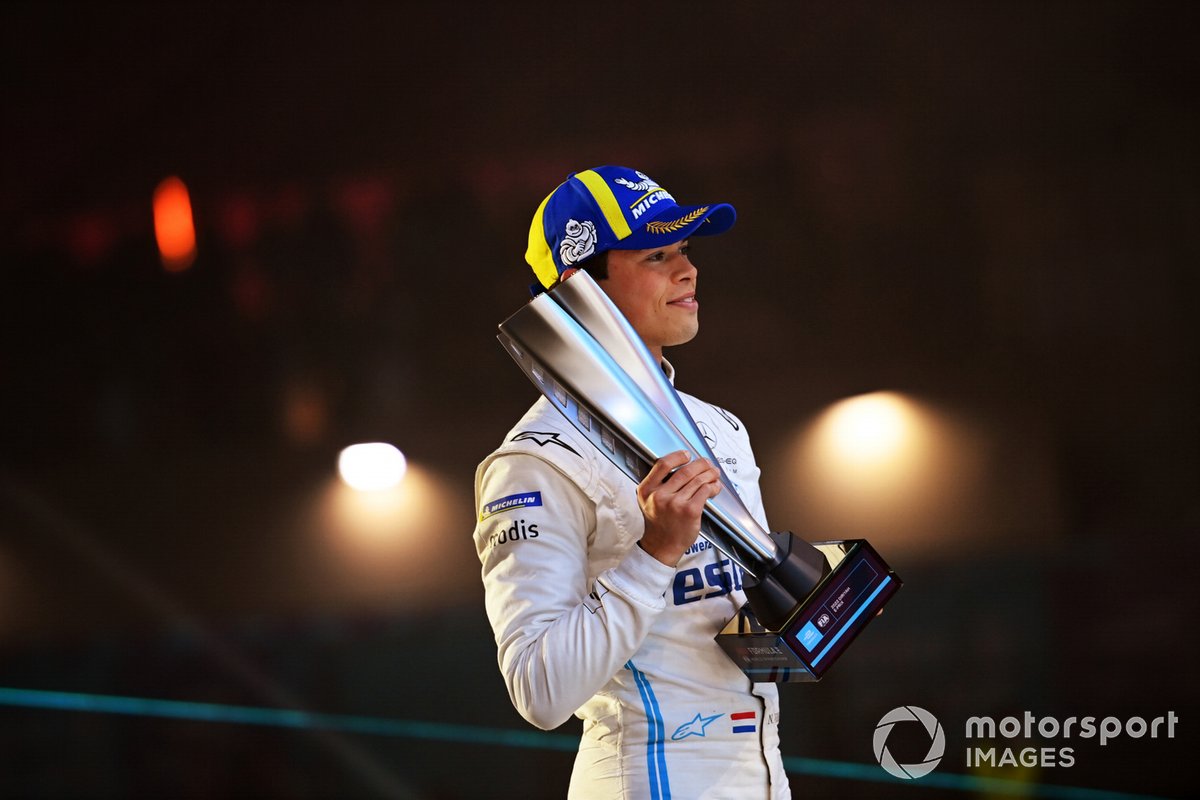 “And then you have to kind of rebuild your confidence. The conditions were very slippery, different than last year, so there’s always a lot of track evolution so you need to kind of build it up.

“We had great pace, the team did a great job.

“Obviously I was a bit fortunate with Stoff missing his attack mode, but the end of the day it was good from our side in the garage.”