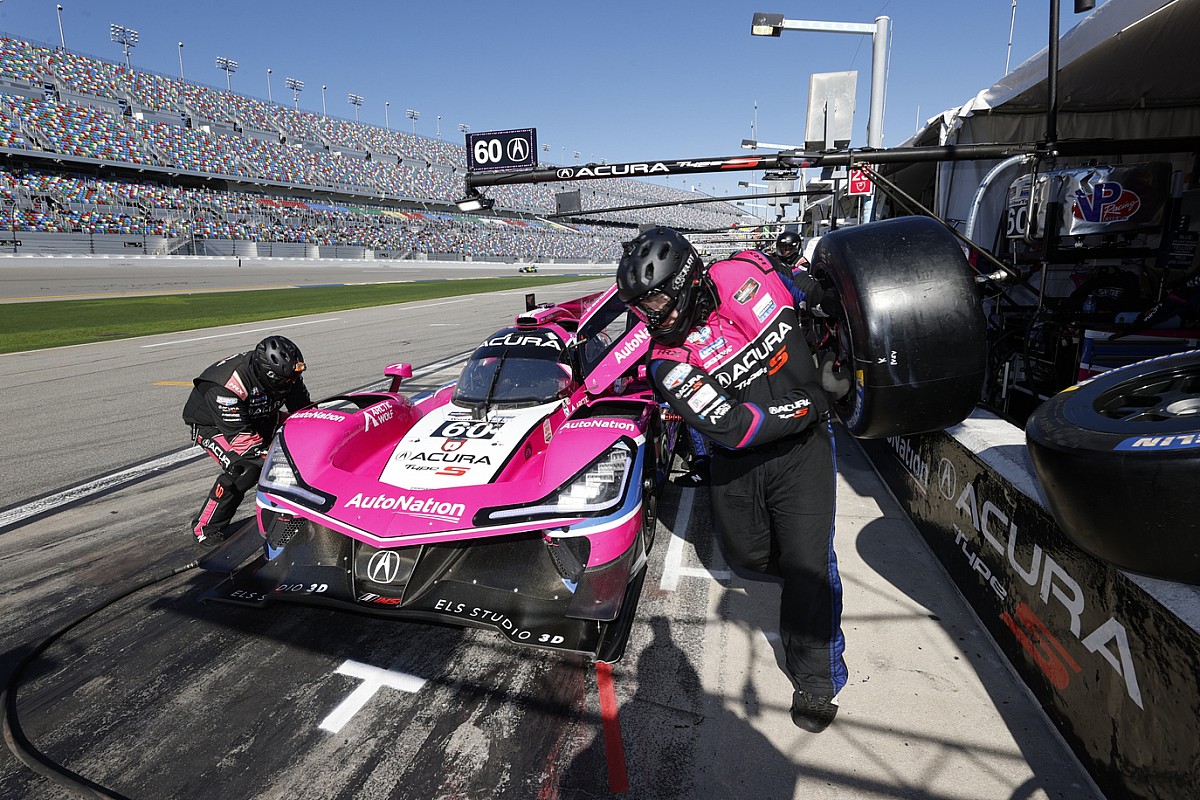 Once the race restarted following the caution caused by a crash for the Era Motorsport LMP2 ORECA, the Ally-liveried Action Express Racing Cadillac DPi-V.R that led at the one-hour mark in Kamui Kobayashi’s hands continued out in front following its handover to Jose Maria Lopez.

Lopez survived contact with the Chip Ganassi Racing Cadillac of Sebastien Bourdais approaching Turn 1 – which caused the #01 machine to later have its nose section changed – but the Argentinian later made a mistake on cold tyres starting his second stint and ran wide at Turn 6.

That allowed the Ganassi machine now driven by Renger van der Zande to move into the lead, with Will Stevens taking second in the Wayne Taylor Racing Acura ARX-05 that won Daytona in 2021.

Castroneves pitted late in the Meyer Shank Racing Acura and cycled up to third, with Alex Lynn moving up to fourth in the #02 Ganassi Cadillac before handing over to Marcus Ericsson.

The second caution period, caused by the GTD class GMG Porsche driven by Kyle Washington spinning into the barriers approaching Turn 5, came just after most of the Daytona Prototype international leaders had made their fifth pitstops.

The exception to this was Castroneves, who peeled into the pits shortly after the hour mark as Stevens moved into the lead from Tristan Nunez in the #31 Action Express Cadillac and Ericsson in third.

Castroneves dropped to fifth ahead of van der Zande, the Dutchman making a second stop during the caution to change the nose, with Mike Rockenfeller sixth after taking over from Lopez and Ben Keating seventh in the JDC Miller Motorsport Cadillac.

When the race resumed, four-time Indianapolis 500 winner Castroneves stormed into the lead, only to suffer a left-rear tyre failure that caused him to trawl slowly back to the pits and drop off the lead lap. 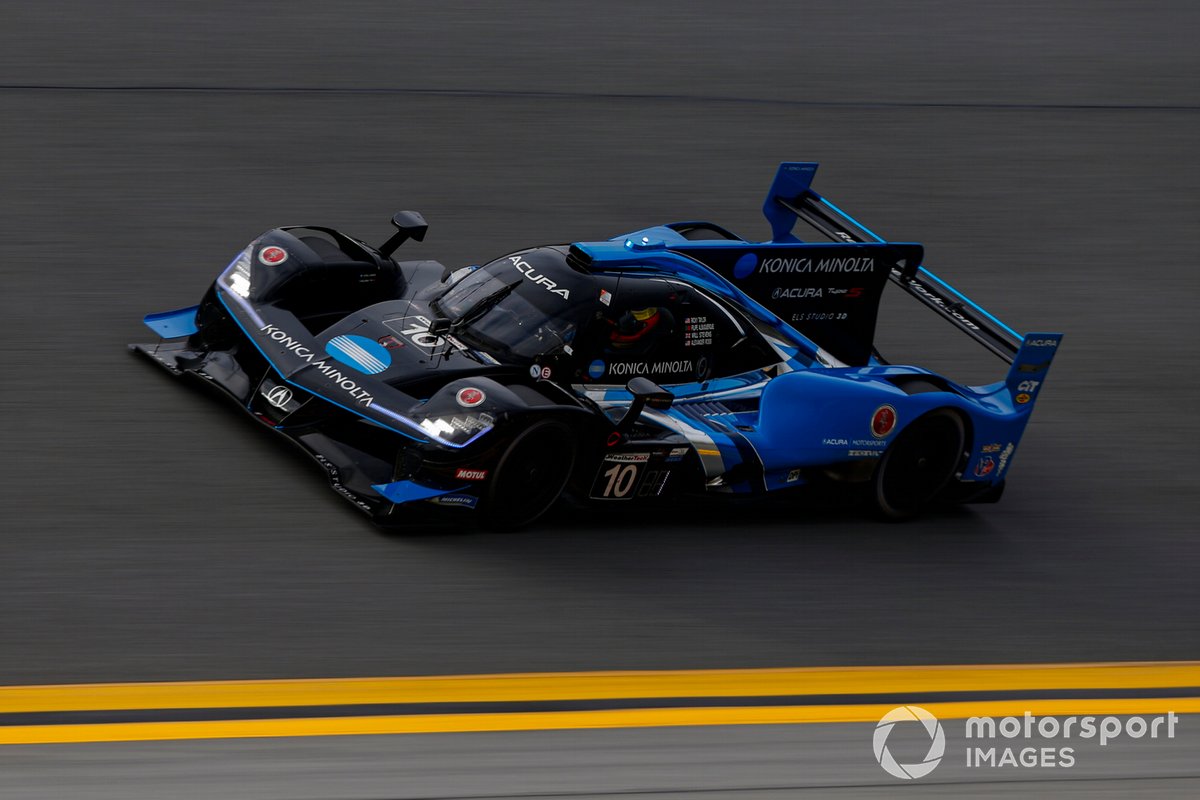 Stevens moved into the lead after Castroneves pitted, then was given another reprieve by the Brazilian’s puncture

Following the pitstops under the second caution, the G-Drive with APR car of Tijmen van der Helm moved into second ahead of Pierson, with Oliver Rasmussen fourth in the second G-Drive car ahead of IndyCar race winner Rinus VeeKay (Racing Team Nederland).

Two drive-through penalties for Eric Lux – one for hitting pit personnel and the second for speeding on pitlane when serving that penalty – meant the DragonSpeed car featuring IndyCar rivals Colton Herta and Patricio O’Ward was sixth with Devlin DeFrancesco at the wheel.

Picariello however was due to serve a penalty for half-spinning John Megrue’s pro-am GTD Lamborghini at the International Horshoe.

Following the stops, James Calado (Risi Competizione Ferrari) had cycled to the front ahead of Imperatori, Nasr and Tommy Milner’s factory Corvette.

Before Washington’s accident in the GMG Porsche, the GTD field had already been depleted by an accident at Turn 2 when Roberto Lacorte’s spun Cetilar Racing Ferrari was clipped by Frankie Montecalvo’s Lexus, causing heavy rear end suspension damage to both cars.

The 2020 British GT champion Sandy Mitchell (Carbahn with Peregrine Racing) led the class at the hour mark, with a queue of Mercedes from Winward, SunEnergy1, Alegra and Gilbert Korthoff Motorsports behind.

In LMP3, Gar Robinson leads for Riley Motorsports in the Duqueine, chased by Josh Burdon in the Andretti Autosport entry with Georg Kurtz third in the CORE autosport machine.

A marshal who was struck by debris from Dwight Merriman’s Era car in the first hour has been taken to the local hospital for evaluation but is awake with stable vital signs.