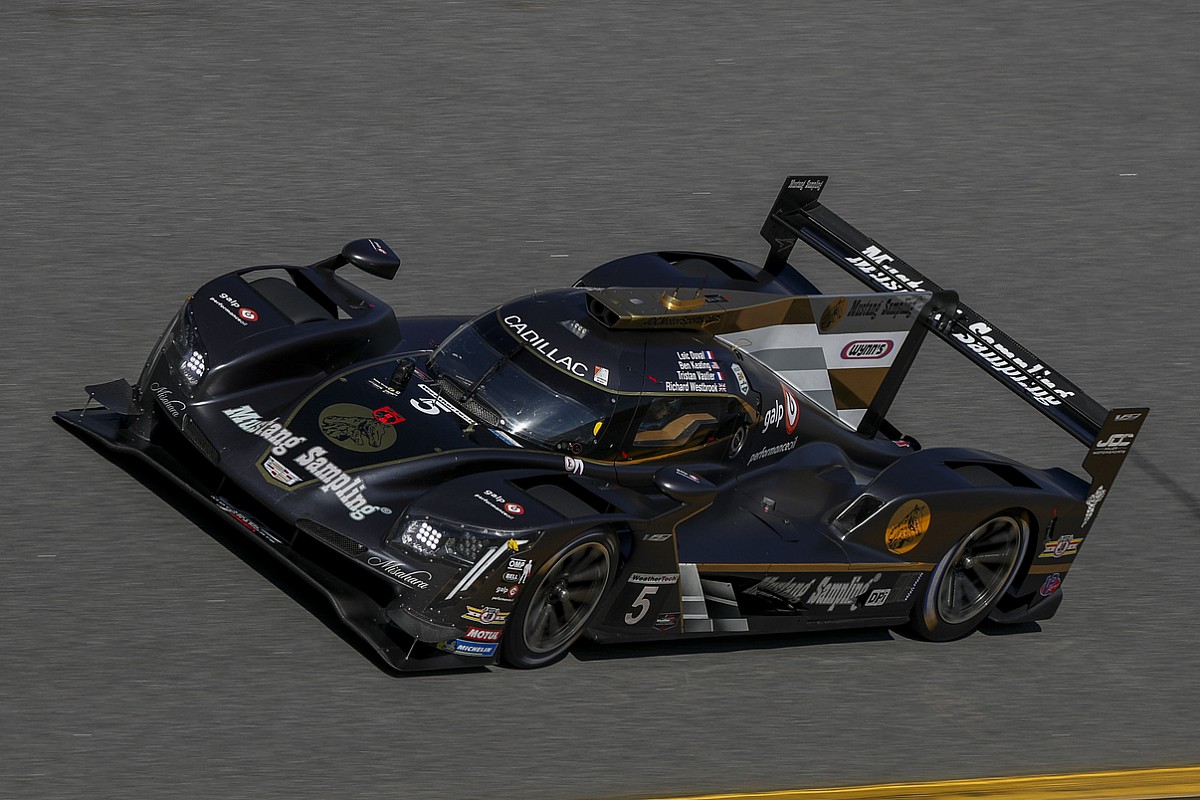 Loic Duval of JDC Miller MotorSports and Pipo Derani in the Action Express Racing #31 had a spectacular all-Cadillac DPi-V.R battle at the front until their most recent pitstop, which has allowed Duval to pull out a nine second lead.

Albuquerque appeared to be gesturing from his cockpit to the IMSA newcomer that they should work together to try and catch the Cadillacs.

The teams are pushing hard – both Alexander Rossi in the WTR Acura and Mike Conway in the #31 AXR Caddy had minor offs – but the teams are in the invidious position of wanting to get the hammer down with three hours remaining.

The DragonSpeed entry of Pato O’Ward, Colton Herta, Devlin DeFrancesco and Eric Lux currently leads LMP2 by half a minute, with O’Ward at the wheel. Their nearest opposition is the Tower Motorsports entry of Frederik Habsburg-Lothringen which has a similar margin over the PR1 Mathiasen entry of Nicolas Lapierre. 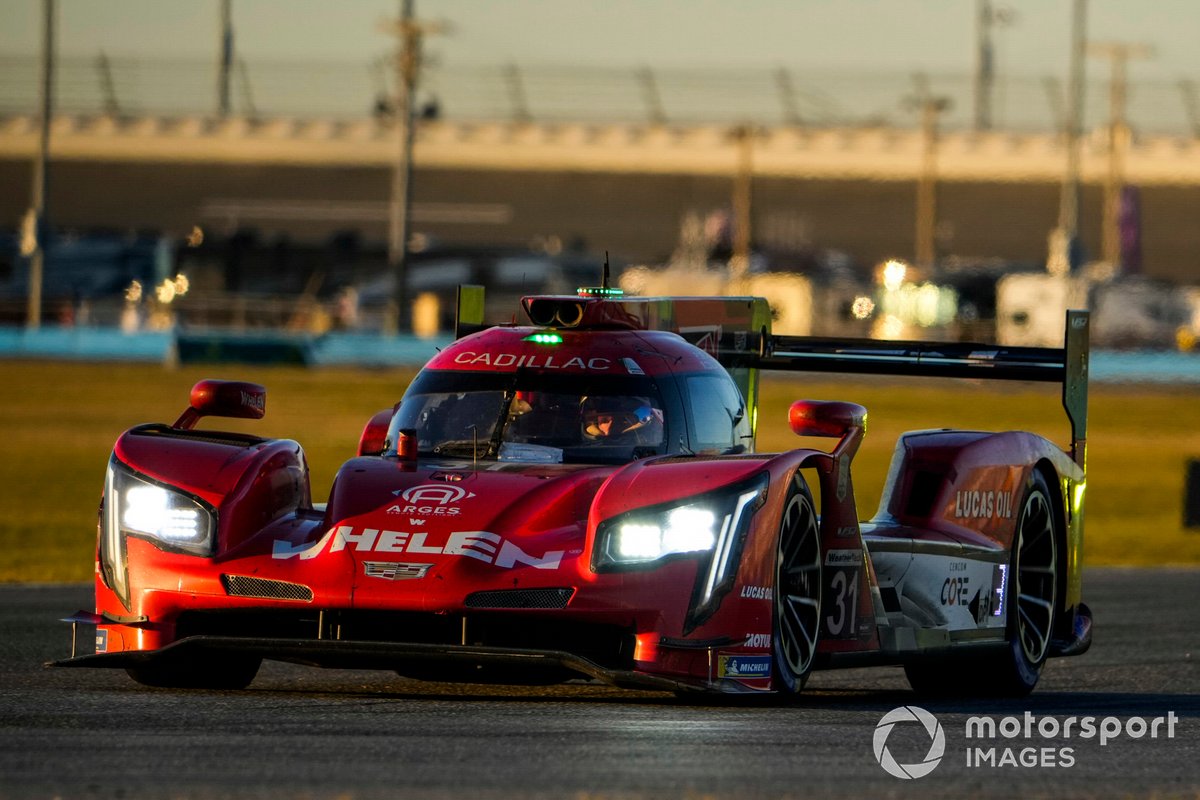 These are the only cars on the lead lap.

The GTD Pro class is currently dominated by Porsches, Dennis Olsen in the KCMG 911 GT3R – on the team’s IMSA debut – leading by 4sec from Matt Campbell in the similar car of Pfaff Motorsports.

They are a dozen seconds ahead of James Calado in the Risi Competizione Ferrari 488, while Ben Barnicoat is 45sec off the top spot in the Vasser Sullivan Racing Lexus RC F.

A Porsche also leads the pro-am GTD class, with Wright Motorsports leading the way. Jan Heylen put in a strong stint recently and handed off to Zach Robichon with a more than 40sec lead, something the Canadian is well able to maintain.

The car that looked like it might have had an edge over the Wright Porsche, the Inception McLaren 720S lost time to a gearbox problem and currently runs fifth in class but four laps down.

Robichon’s closest opposition is the AF Corse Ferrari of Nicklas Nielsen. In third and fourth but one lap down are the Magnus Racing Aston Martin Vantage (Spencer Pumpelly at the wheel) and Gilbert Korthoff Mercedes AMG GT3 (Stevan McAleer driving).