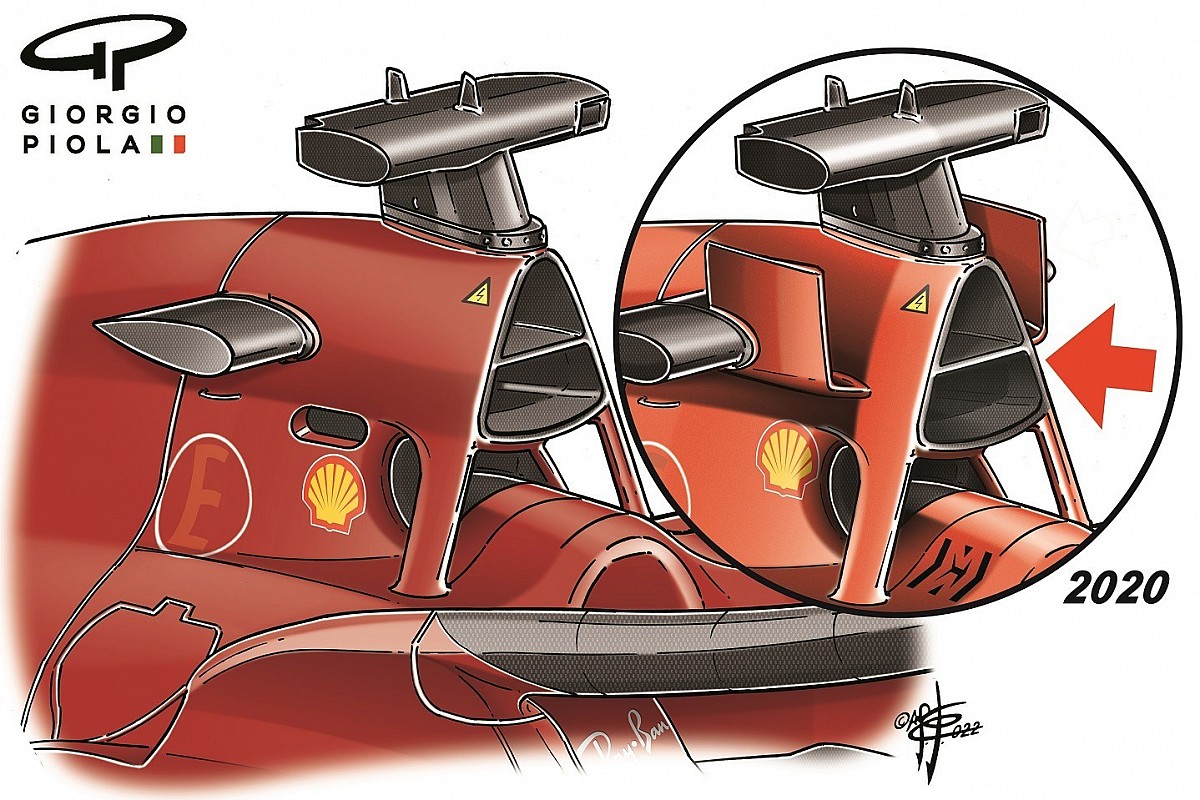 According to rumours filtering in from Maranello, the team could return to a triangular shaped airbox, without the two horns that set the SF21 apart from the rest last season.

It’s understood that the team wants to move away from the oval airbox design it appropriated last season in order to provide less obstruction to the airflow destined for the rear wing.

This does mean that the Scuderia’s designers will have to find a way to provide cool air to the power unit and its ancillaries, which was catered for by the outer channels in the oval airbox design.

However, with the shape of the sidepods having to undergo an extensive redesign for 2022 it may have opted to repackage the various radiators and electronics housed around the power unit and in the sidepods. 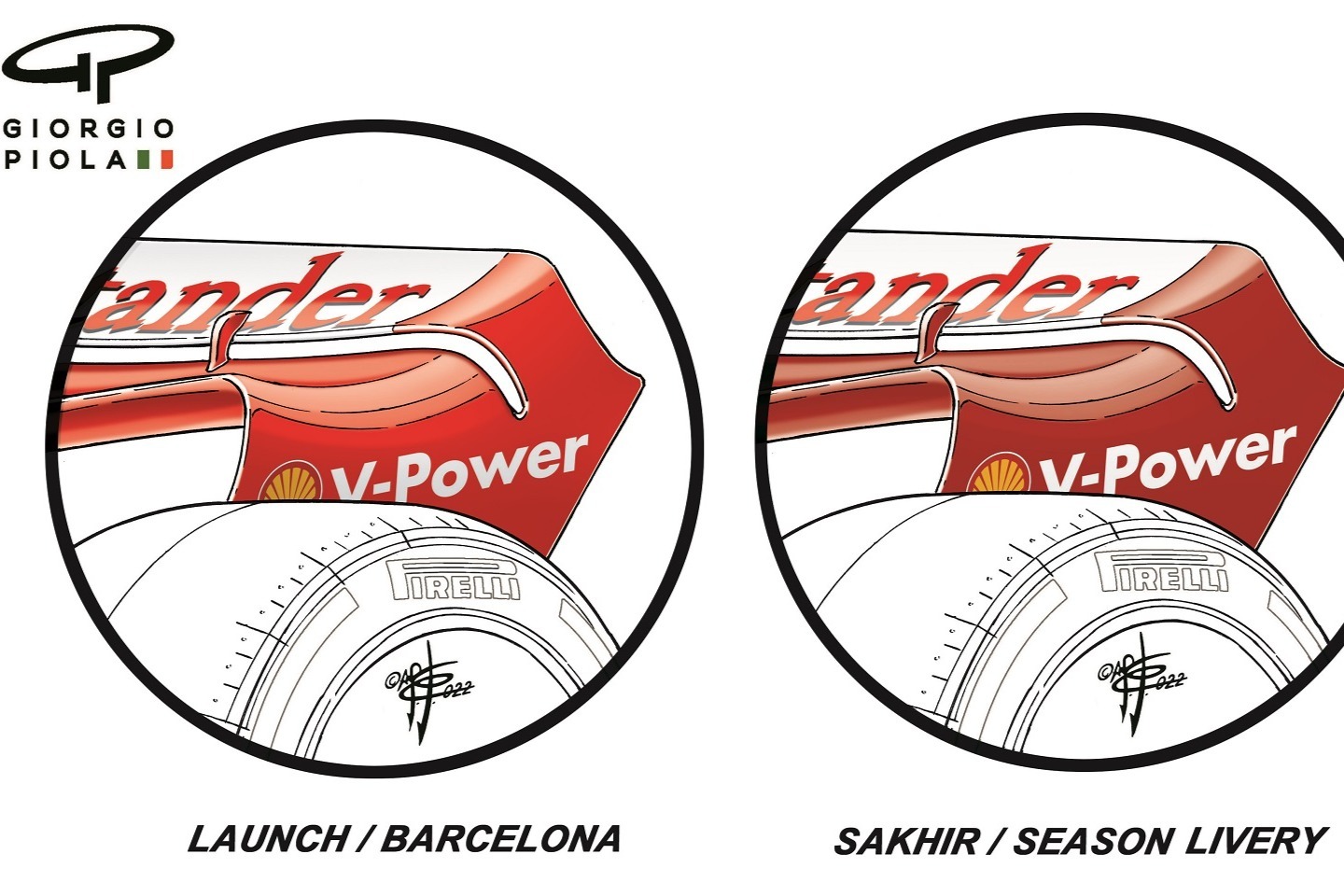 This is due to a change in the placement of the upper Side Impact Protections Spars (SIPS) for 2022, with the regulations requiring that they be situated at least 60mm higher than in previous years.

This all but rules out the use of the high inlet design that was first introduced by Ferrari in 2017 (above) and was swiftly copied up and down the grid, with every car featuring the design last season.

As the team’s sponsorship lineup has changed there’s also some question marks over the livery choices that Ferrari will make going forward and could even see them run a different colour scheme during testing than we’ll see when the cars run in anger at the first race of the season.