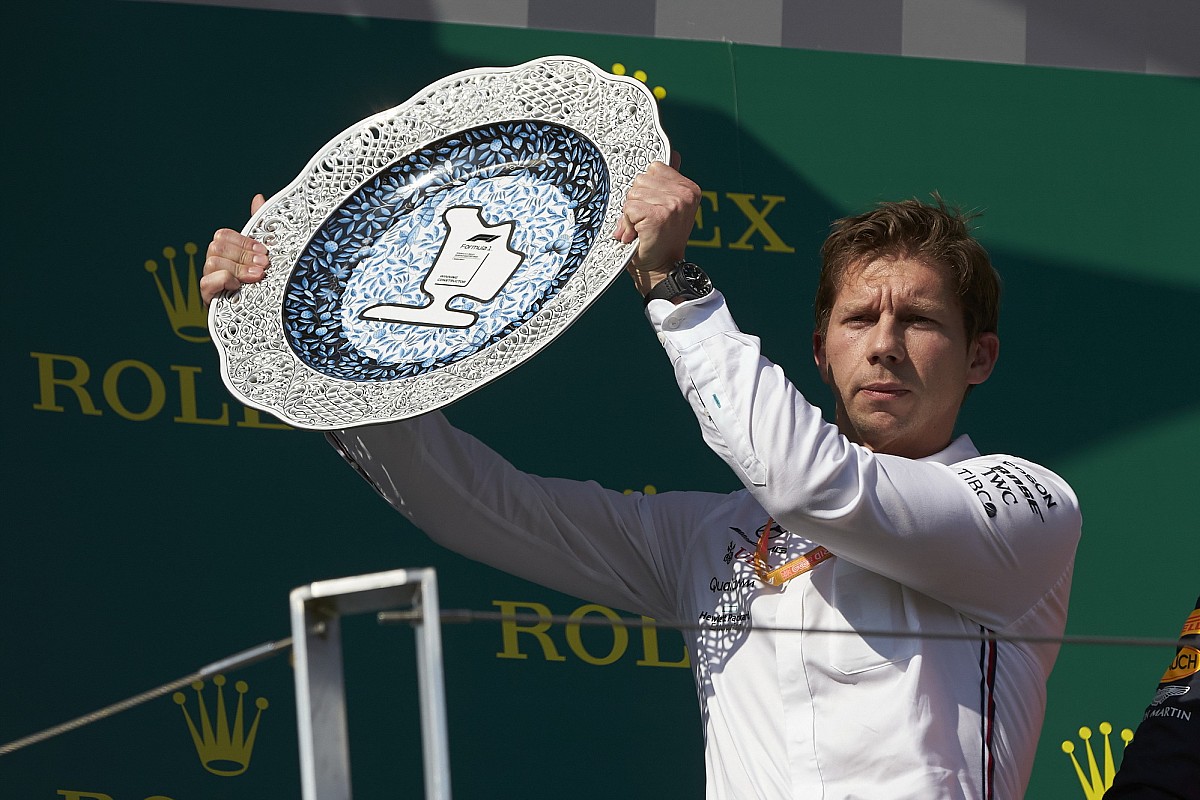 Vowles will take the wheel of the squad’s #59 McLaren for the two-round, four-race championship that will take place on back-to-back weekends in Dubai and Abu Dhabi in February.

Garage 59 said the winter schedule of the Asian LMS provides Vowles with the perfect opportunity to enjoy racing from the driving seat before returning to his day job at Mercedes’ grand prix team.

The first pre-season test of the 2022 F1 season is scheduled from February 23-25 at Barcelona, just four days after the Asian LMS finale at the Yas Marina Circuit.

Vowles will be joined by last year’s LMP3 champion Manuel Maldonado and Danish racer Nicolai Kjaergaard in one of Garage 59’s two newly-acquired McLarens for the 2022 season.

The British squad is returning to the McLaren fold this year after spending the last three seasons fielding the Aston Martin Vantage in a variety of GT3 championships, winning the Pro-Am class of the 2020 Blancpain GT Endurance Cup with team co-owners Chris Goodwin and Alexander West.

The team’s #88 entry will be piloted by Marvin Kirchhofer, who helped the team to victory in the Paul Ricard 1000km in 2020, Alexander West and Frank Bird.

“We’re all looking forward to getting started with the McLaren 720S and hopefully getting our first win of the season. For sure it will also be handy to have one of F1’s best strategists in the team.”

Vowles has been part of ‘Team Brackley’ since the start of the century, joining what was then known as BAR before it morphed into the factory Honda team.

The British engineer remained at the outfit following a takeover led by Ross Brawn in 2009, aiding the renamed Brawn GP squad to a title double.

He has also been instrumental in Mercedes’ success in the hybrid era, with the German manufacturer winning an eighth constructors title in a row – but narrowly missing out on the drivers’ crown to Red Bull’s Max Verstappen – in 2021.