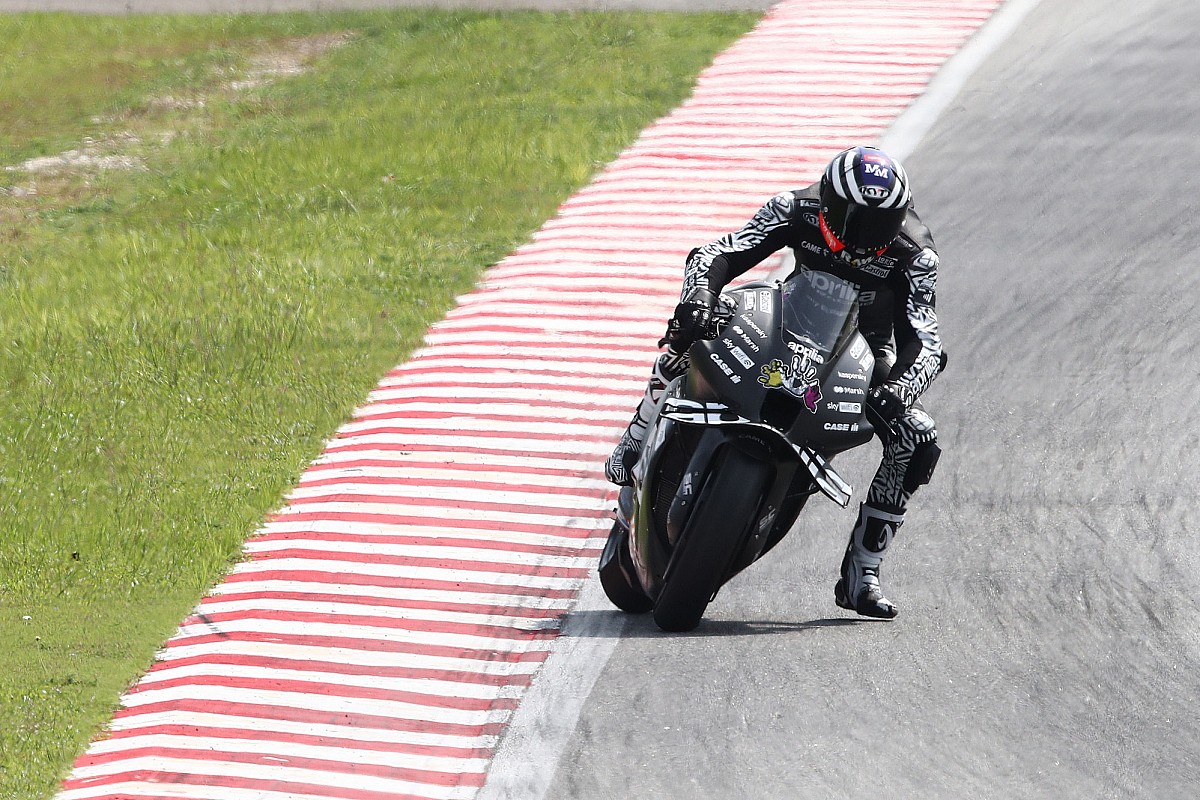 MotoGP returns to action this weekend in Malaysia with the first pre-season test ahead of the 2022 campaign.

Due to the advent of the Omicron COVID variant worldwide, Malaysian authorities have mandated strict bubble protocols for MotoGP to follow during its stay in the country this week.

These include all personnel being confined to their hotels, with travel outside only allowed to and from the circuit – with mandatory PCR tests also being deployed upon arrival into Malaysia.

The shakedown for test riders, rookies and concession manufacturers – which is currently only Aprilia – took place from Monday to Wednesday.

Espargaro had been part of that shakedown test on Wednesday, and has been continuing his cycling training this week.

On Thursday he posted images of himself out training on his Instagram account near Putrajaya, which is some 20 km away from the hotel zones at Kuala Lumpur airport – where the MotoGP paddock has been confined.

This prompted officials from the Sepang circuit to email governing body the FIM and warn it that a failure to observe Malaysia’s COVID restrictions will result in a referral to the relevant authorities.

The email, which didn’t name Espargaro, says the rider in question “continues to circumvent the bubble and restrictions”, and that this “is a sanitary violation” that is “a serious offence”, which has place “the circuit in a compromised position” with authorities.

Autosport has learned that Espargaro was unaware that the bubble restrictions were in force for the full week of testing – including the shakedown – when he was alerted to the warning, and says he will not repeat this offence.

The official Sepang test gets underway on Saturday and will run to Sunday, before the paddock heads to the new Mandalika circuit in Indonesia for three days of testing beginning the following Friday.

This isn’t the first time MotoGP riders have been warned about observing COVID protocols, after a letter was issued to the paddock by the International Race Teams’ Association in 2020 after several riders had broke the bubble and gone home between rounds.

The 2022 season is due to begin in Qatar on 6 March, with the campaign set to be MotoGP’s longest ever at 21 races.