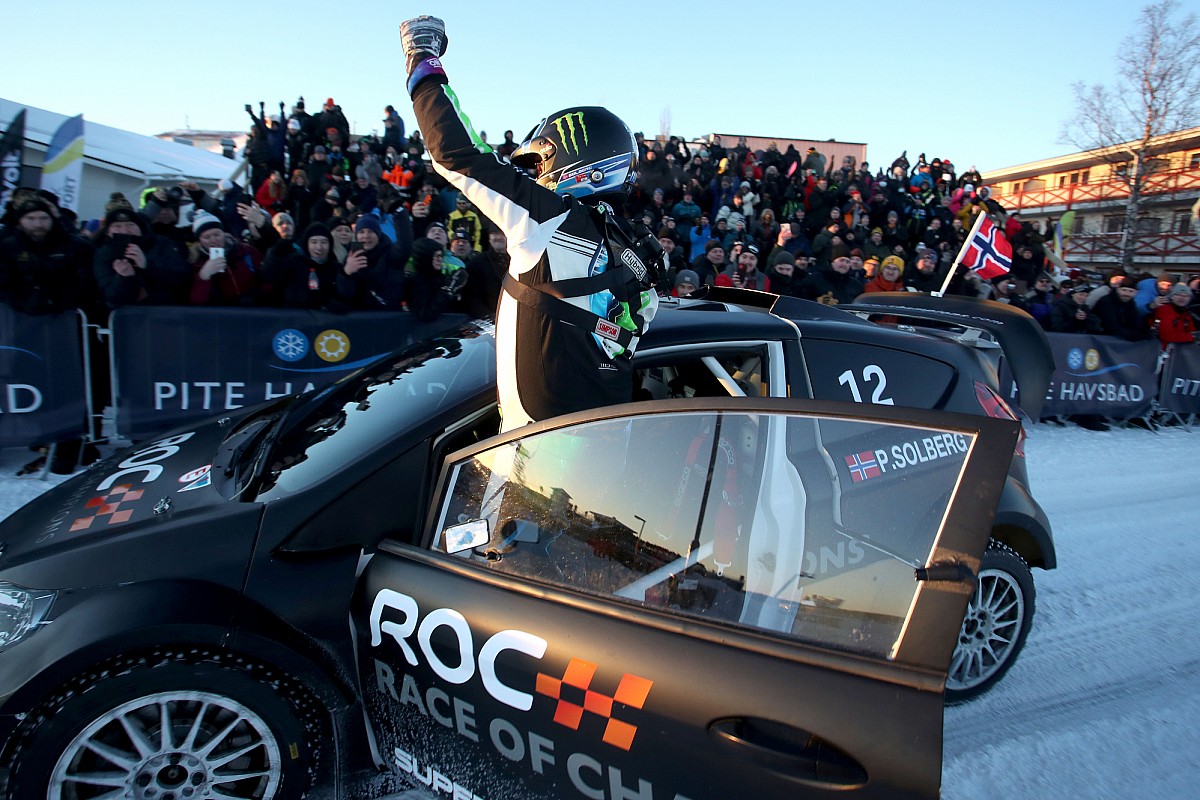 Petter Solberg, who took victory in the Nations Cup as part of Team Nordic in 2014, won the opening bout as Johnson’s Polaris Pro XP Side-by-Side suffered mechanical woes off the line, while Oliver fended off Herta in the second heat.

Johnson recovered to win the third heat against Oliver in the rear-wheel-drive Porsche 718 Cayman GT4 Clubsport but a mistake from Herta in the final heat gave Norway the victory.

“The motivation for this [came] when I saw Sebastien Loeb win in Monte Carlo, which made me think that it can’t be so difficult,” said Petter Solberg after the final race.

“I was so ready for this race and to do it together with Oliver was a big dream.”

Norway had earlier disposed of host nation Sweden in the quarter finals before beating defending champions Nordic in the semis.

For USA, their progress to the final was impressive as it was unexpected, with 2002 Nations Cup winner Johnson and rookie Herta arriving in Sweden with limited experience of snow driving.

Sensationally, they dumped eight-time Nations Cup winners Germany out in the quarter final stage and then edged out Finland to make the final. 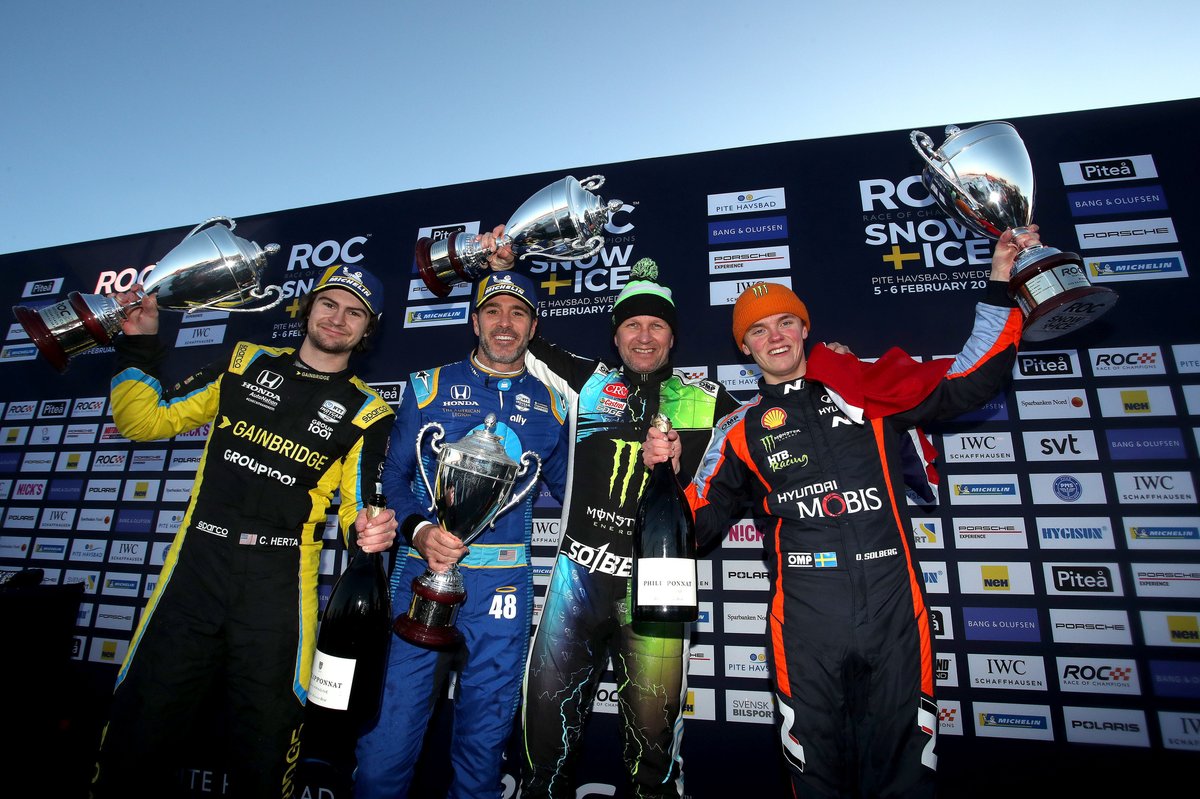 Photo by: Race of Champions

Vettel’s team-mate, Haas F1 driver Mick Schumacher levelled things up by getting the better of Herta in the second heat by just under a second, before Johnson responded in the third heat against Schumacher.

Herta, who claimed victory in the Daytona 24 Hours last weekend in the LMP2 class, then inflicted a second defeat on Vettel in the deciding race to progress to the semi-finals.

Johnson and Herta went on to face Team Finland’s Mika Hakkinen and W Series driver Emma Kimilainen – a late replacement for Valtteri Bottas who withdrew from the event due to ‘personal commitments.’

Norway’s path to the final had a Scandinavian feel to it as the Solbergs had to battle past both Team Sweden and Team Nordic in the knock-out stages.

They edged out World RX champions Mattias Ekstrom and Timmy Hansen (Sweden) in the quarter finals after Hansen ploughed straight through a snowbank before spinning again on the run to the line.

In the semis, Petter managed to get to grips with the Porsche better than Kristensen, thus sealing a place in the final.

The pair went up against Finland’s Hakkinen and Kimilainen, with Coulthard winning the first heat. Chadwick then understeered wide at the second corner in her heat, getting stuck in a snowbank and handing Kimilainen an easy win, and receiving a 10-second penalty as a result.

That margin was too much to overhaul, and Finland moved into the semis courtesy of Hakkinen’s victory over Coulthard, before losing out to Team USA.

The Race of Champions itself takes place on Sunday, in a winner-takes-all competition.