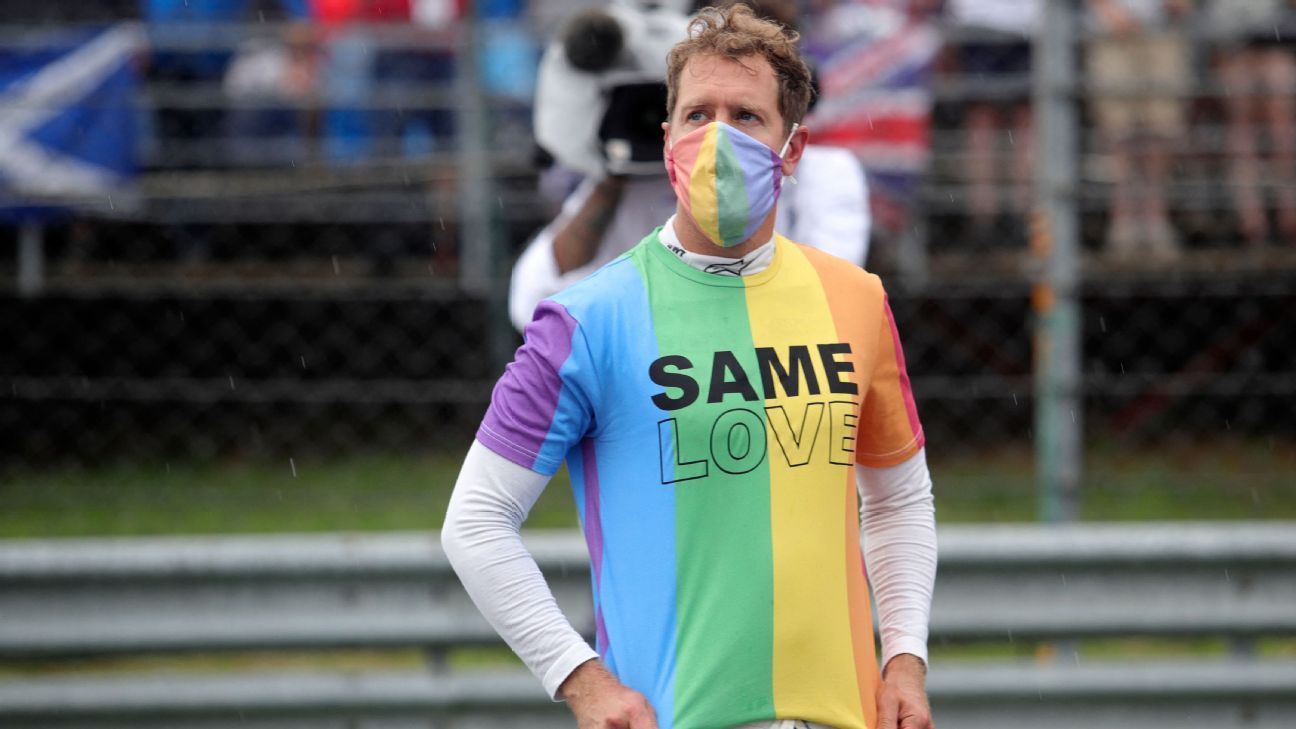 Sebastian Vettel was surprised to hear Formula One has removed the pre-race ceremony which allowed drivers to take a knee before races, saying the gesture “was getting a bit too strong for the business side of things”.

F1 launched the ‘We Race As One’ initiative in 2020 in solidarity with the anti-racism movement around the world.

This week F1 announced the ‘We Race As One’ ceremony would be dropped in 2022. F1 CEO Stefano Domenicali said the championship will look instead to introduce more concrete actions to combat racism.

It is unclear whether drivers will still have time to take a knee before races under the current pre-race schedule.

When asked if drivers had been kept informed about F1’s thinking, Vettel said: “No, they just changed.

“I hope that as drivers, we find a way to get together and find a slot of still expressing topics that are important to us.

“Probably not all the drivers care, but I think there’s some that really do care. And it’ll be great to get together.

“But probably it was getting a bit too strong and individual for the business side of things.”

The Formula One season starts with the Bahrain Grand Prix on March 20.

There are two preseason tests scheduled – the first at Spain’s Circuit de Catalunya, just outside Barcelona, between February 23-25, with the second taking place at Bahrain’s Sakhir International Circuit between March 10-12.