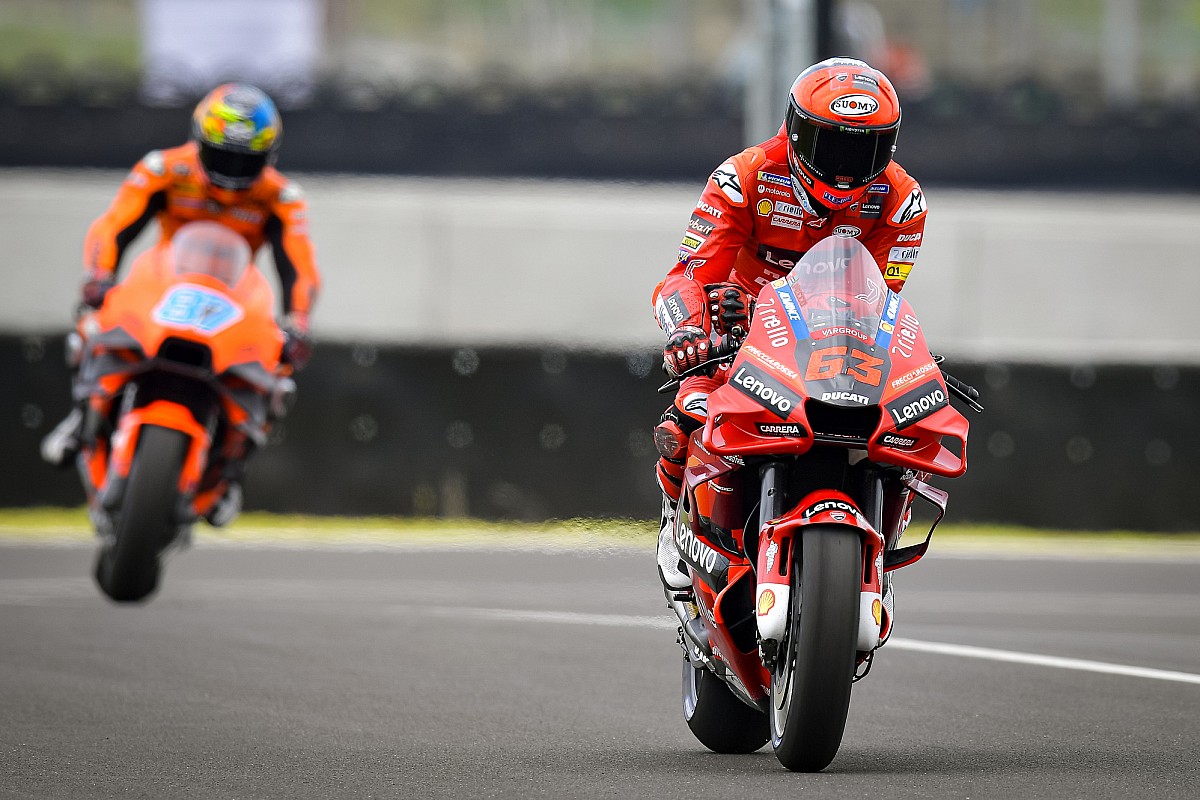 The Italian ended the year as runner-up, but just 26 points from Quartararo, and with the gains Ducati has made with its MotoGP package Bagnaia has been pegged by many as the favourite to steal the Frenchman’s crown.

But when asked by Autosport following pre-season testing in Indonesia how it felt to have the favourite tag, Bagnaia moved to dispel this.

“I feel great, but I’m sure that I’m not the only one for sure,” the Italian noted.

“There are a lot. For me I’m not the favourite because I didn’t win [the title] last year, Fabio won.

“So, I think that there is more than one favourite for the title.”

After his performances last season, Bagnaia is now Ducati’s leading light, but says he feels no pressure from this fact as he believes all of the marque’s riders are working well together to further develop the GP22.

“This thing is not putting too much pressure on me,” he replied when asked about being Ducati’s top rider now.

“I’m very happy to have done a good last part of last year and to be with the other Ducati riders working on this new project.

“Altogether we are doing something different and every time we are more close, so it’s ok like this.

“For Qatar I don’t know which one will be the most difficult rival, but I think Honda has done a good job, Suzuki too, Aprilia too, and us too.” 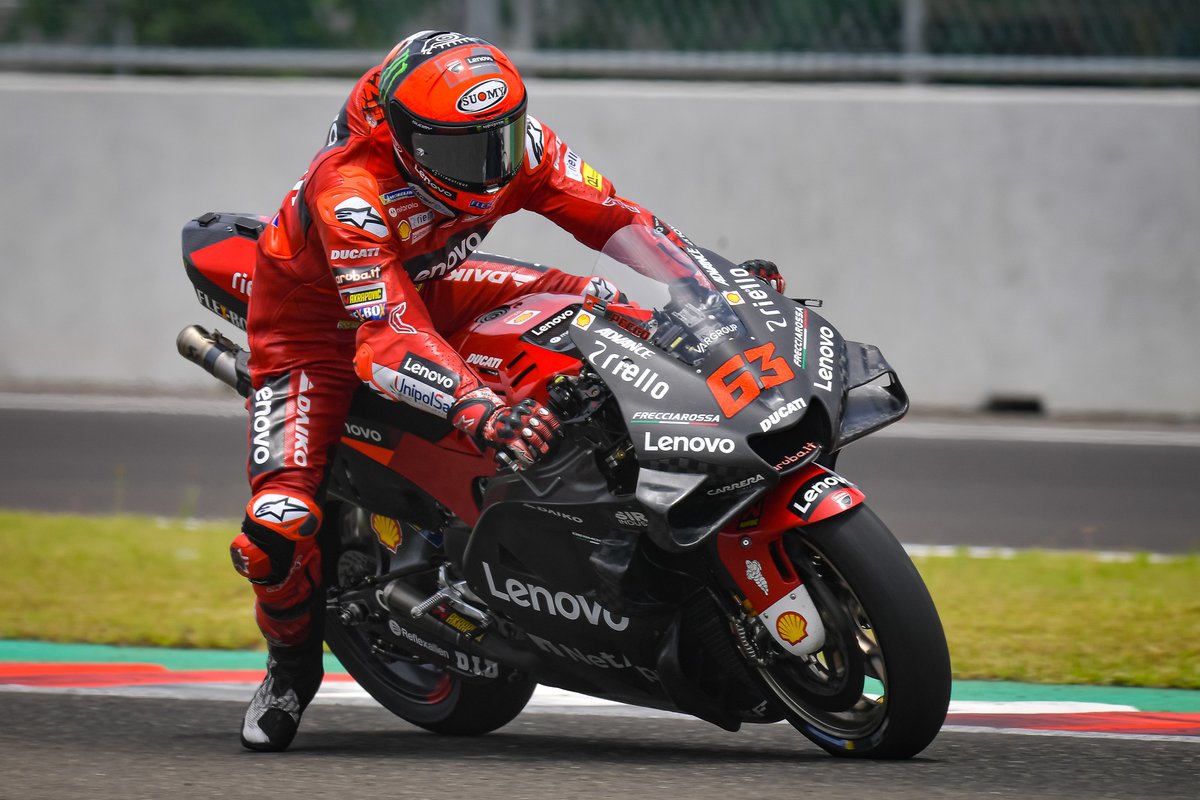 Ducati’s pre-season was hard to read, as there were no standout times from its factory riders.

VR46’s Luca Marini was the top Desmosedici on the timesheets in Indonesia in third overall, while Bagnaia was sixth and team-mate Jack Miller 18th having not done a time attack on the last day.

While the general consensus among Ducati riders is that the 2022 bike is better, the new engine is still proving aggressive under acceleration.

“I think the strength of our bike is the same as last year, it’s the braking, the [corner] entry and the acceleration for sure,” Bagnaia added.

“Still, we need something more on the acceleration because we are working on the revision of our bike because in this moment it is not as clear as last year.

“But every time we are closer and we are happy with the work of these three days [in Indonesia].”