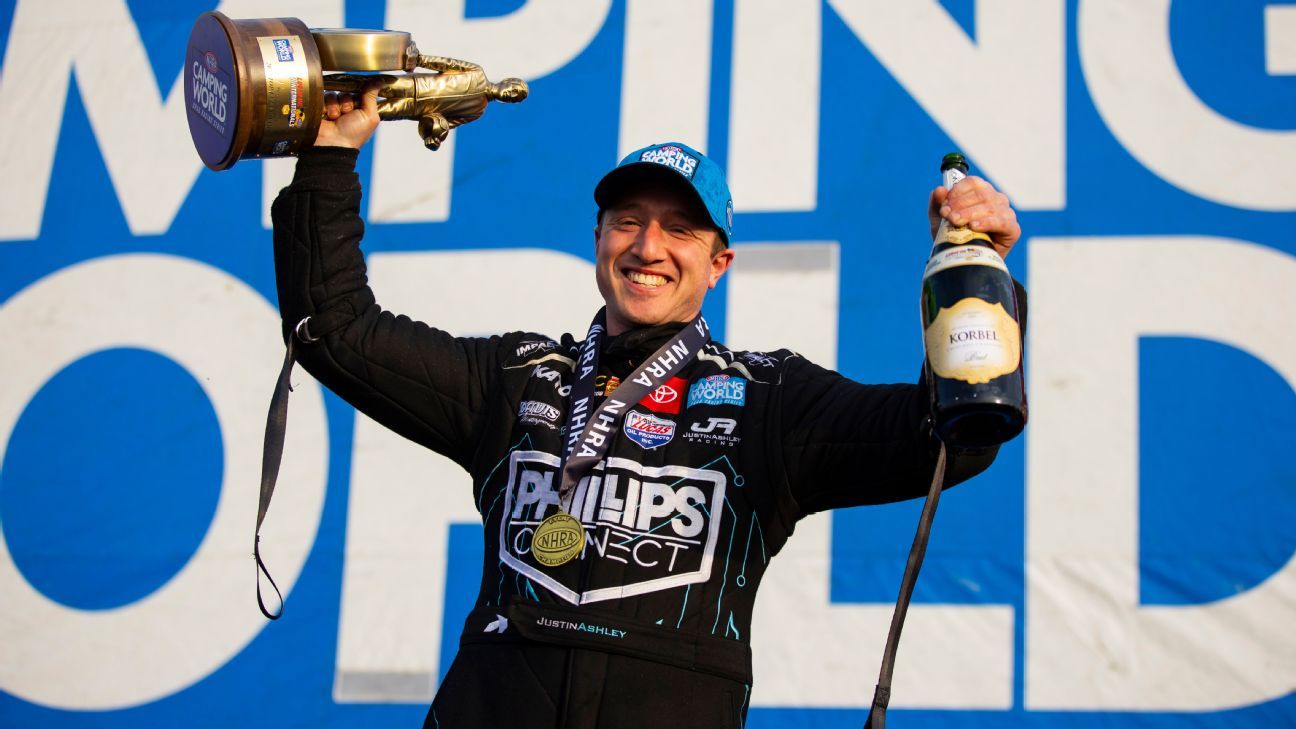 “We know coming into the day the Top Fuel field was going to be tough,” Ashley said. “You saw today races separated by such little margins. We really had no layups at all and you’re never really going to have any layups. To be able to beat guys like Antron Brown, Steve Torrence, the four-time champ, and Austin Prock, who’s doing a great job, it really solidified what we came out here and wanted to do.”

Hight won the Winternationals for the fifth time. The three-time season champion beat Ron Capps with a 3.861 at 329.58 in a Chevrolet Camaro for his 54th career victory.

Four-time season champion Enders raced to her 34th career victory, topping Aaron Stanfield with a 6.559 at 210.31 in a Camaro.