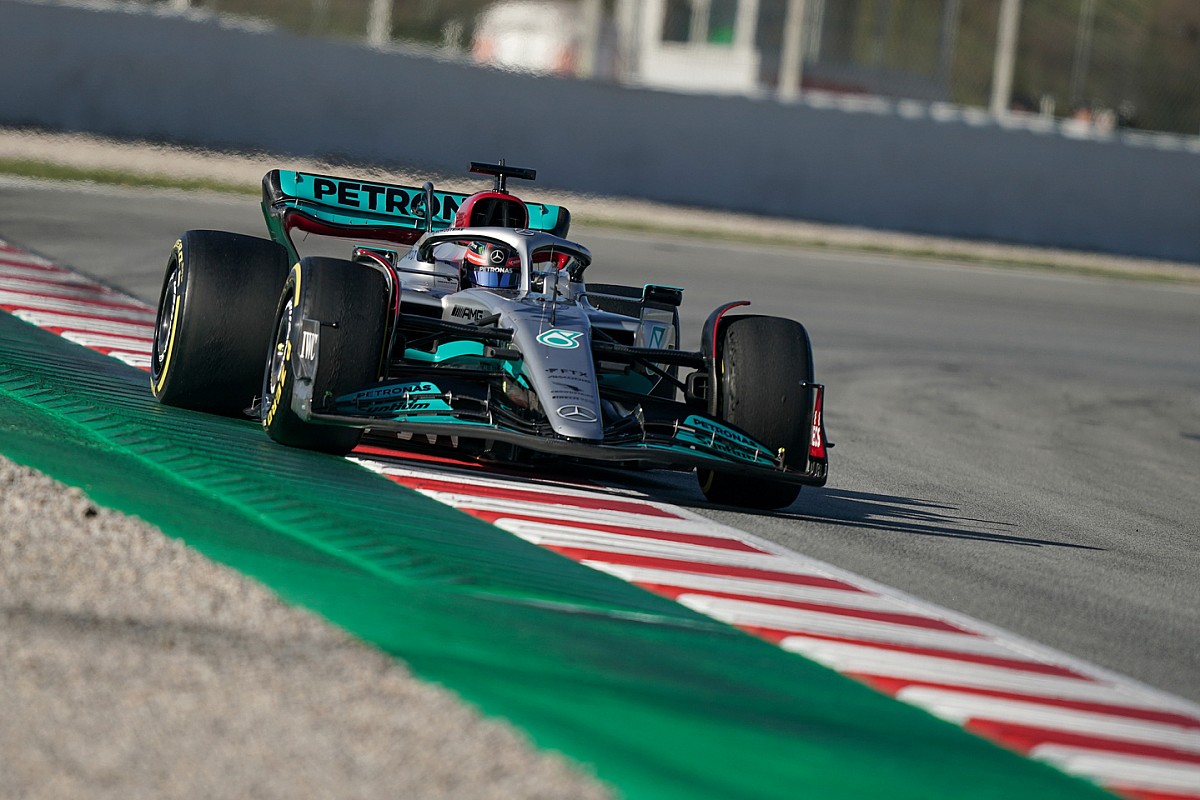 Russell completed 66 laps in the afternoon session at the Circuit de Barcelona-Catalunya on Thursday after taking over from Lewis Hamilton in the lunch break, and ended the day sixth-fastest.

Charles Leclerc managed to set the pace for Ferrari ahead of Pierre Gasly and Daniel Ricciardo, having finished second yesterday behind McLaren’s Lando Norris.

Russell said after his session on Thursday that he was finding the test “really intriguing” as teams got up to speed with their new 2022 cars, offering a “different dynamic”.

“We’re seeing some interesting things out there, that’s what testing is for,” Russell said.

“Some teams are looking pretty fast. A red team and an orange team in particular look very, very competitive. So let’s see what tomorrow brings and what we can do between this test and Bahrain.”

Asked where he thought Mercedes sat, Russell replied: “Certainly not ahead, [I’m] pretty sure of that.

“They seem to have things well under control and they look very strong, low fuel and high fuel, and with the tyre management.

“Who knows? We all know that we’re on different programmes, but we definitely know from the average of all of the different runs, we’re behind them at the moment.

“Let’s wait and see. The championship is not won in Barcelona in winter testing. But it’s certainly been an intriguing two days so far.” 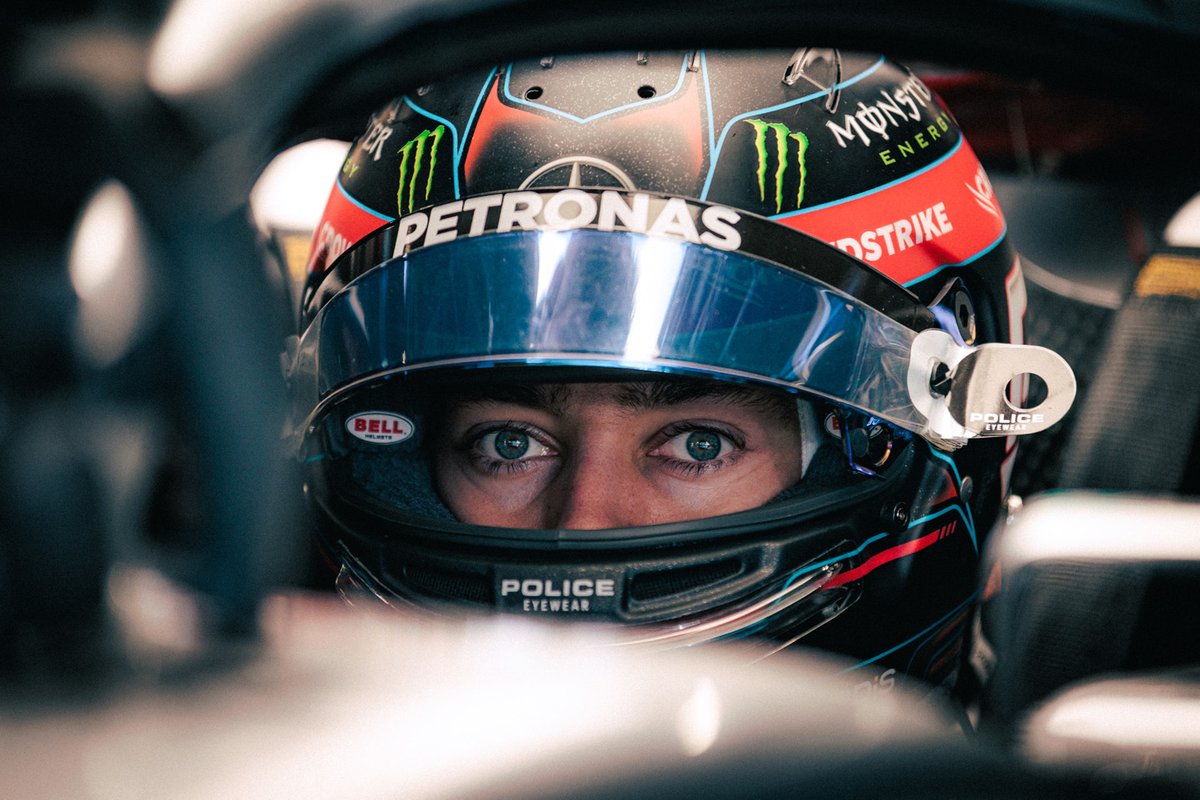 Russell’s best lap time of 1m20.537s was more than eight-tenths off Leclerc’s benchmark in the Ferrari, but teams are still getting to grips with their new cars and not chasing outright performance.

Ferrari has completed more laps than any team so far in testing, recording 303 between Leclerc and team-mate Carlos Sainz Jr over the two days so far. By comparison, Mercedes has managed 233, four more than McLaren.

Russell is set to complete a final half-day in Barcelona on Friday as the test comes to an end, sharing duties behind the wheel of the Mercedes W13 with Hamilton once again.

The next opportunity to drive the car will then come at the second pre-season test on 10-12 March in Bahrain, which will also host the opening race of the year on 20 March.