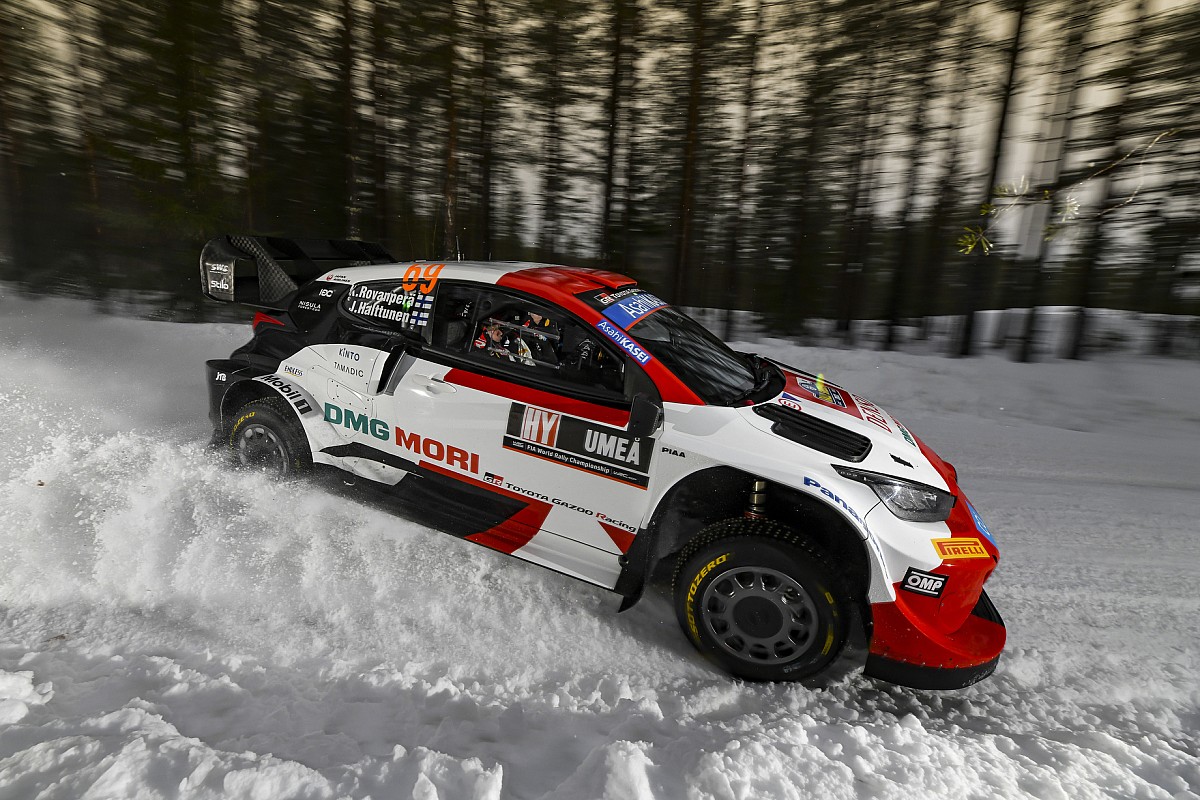 Rovanpera moved into the lead after winning Stage 3 while team-mate Esapekka Lappi stalled his GR Yaris, dropping the Finn from the lead to sixth overall.

As a result, Rovanpera headed back to service with a 10.4s lead over Solberg, who headed a strong start for Hyundai on the high-speed snowy roads.

Elfyn Evans held third spot, 1.2s further back, despite struggling to find confidence behind the wheel of his GR Yaris.

Hyundai’s Thierry Neuville ended the morning fourth ahead of team-mate Ott Tanak, who led after winning the opening stage, but dropped time on the next two tests.

It proved to be a difficult morning for M-Sport as Craig Breen crashed out on Stage 2, while hybrid issues hampered Gus Greensmith, who is the top Ford runner but 55 seconds off the lead in eighth. A cautious Adrien Fourmaux is ninth, under orders to finish the rally after his Monte Carlo accident.

An overnight freeze, coupled with loose snow, caught many of the drivers by surprise when the rally kicked off with a blast through the 14.9km opening stage.

Tanak, the winner of the WRC’s only snow event of 2021 as Arctic Rally Finland replaced Sweden, came out of the blocks fastest as Hyundai showed signs of recovery from a disastrous Monte Carlo season-opener.

The Estonian took the stage win by 0.4s from Rovanpera, who impressed for Toyota despite being first on the road in the absence of Monte Carlo winner Sebastien Loeb and runner-up Sebastien Ogier. 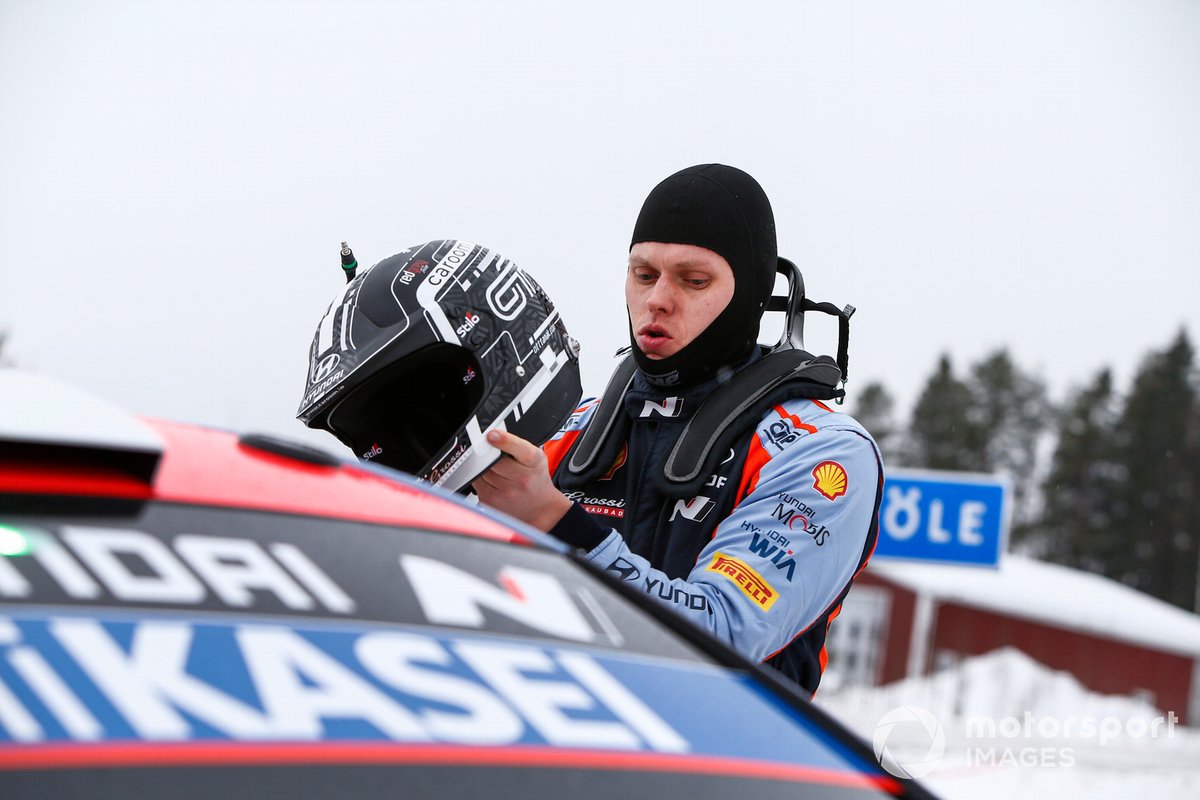 Tänak was fastest on SS1

Solberg equally turned heads, ending the test a second shy of Tanak and 0.8s faster than Neuville, as Hyundai filled three of the top four spots.

WRC returnee Lappi was only 1.9s off the pace on his first rally as a works Toyota driver since 2018. He was quicker than last year’s championship runner-up Evans, who sustained cosmetic damage to the rear of his car after a brush with a snow bank.

Breen, second on the road, could only manage the seventh fastest time. M-Sport teammates Greensmith and Fourmaux made a slow start, the former losing 15 seconds after overshooting a junction, while the latter was focused on driving within himself.

Drama then struck Breen on Stage 2, the Irishman bringing out the red flags following a high-speed off that left his Puma well and truly buried in the deep snow.

He had already suffered a spin after clipping a snowbank earlier in the stage, but the second incident ended his day prematurely.

Lappi, piloting the third GR Yaris he will share with Ogier this season, starred once the stage resumed. The Finn won the test by 2.5s from Rovanpera to notch up a confidence-boosting stage win, while Solberg third fastest.

PLUS: The mentality shift key to Lappi’s shot at WRC redemption

Tanak lost time struggling with balance issues, while Neuville was lucky the stage was halted as he suffered a battery problem and a technical issue. This was only fixed with 10 seconds to spare before the Stage 3 time control.

Neuville was handed a nominal time, along with Greensmith, who was also held up by the red flag. 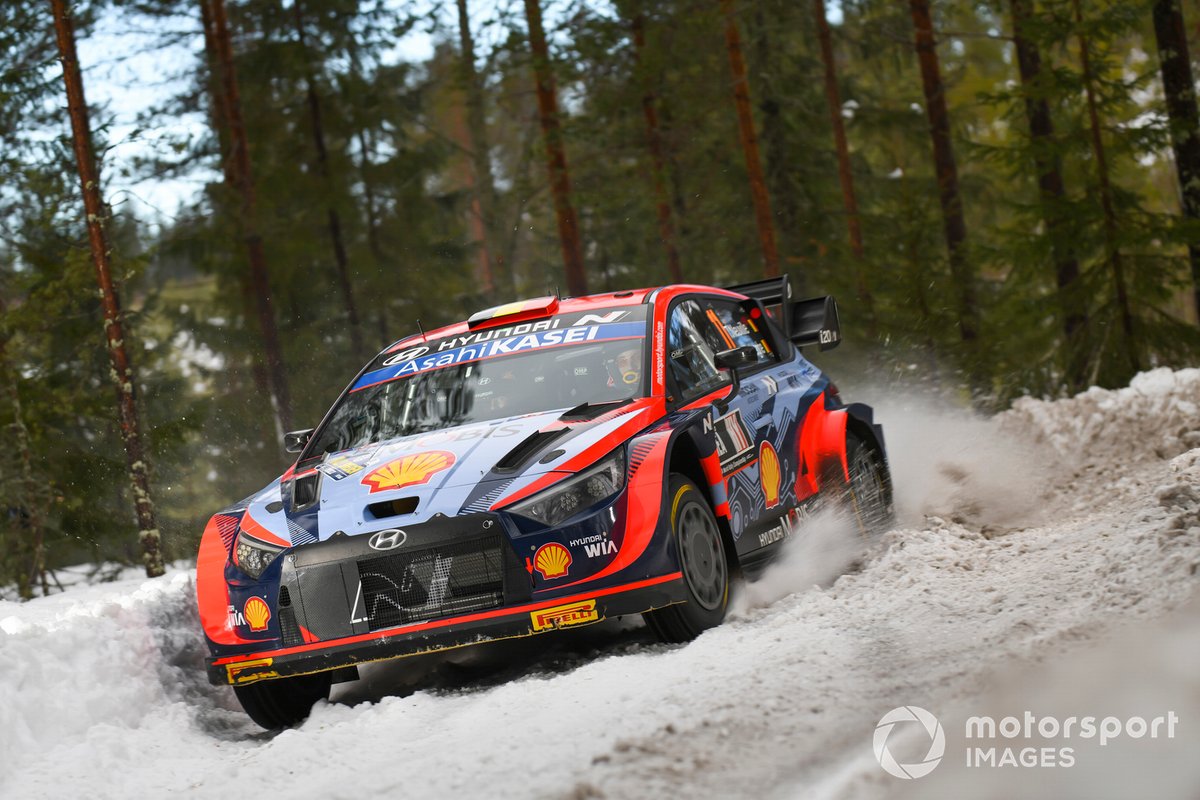 Rovanpera lit up the timing screens on the final stage of the morning to win the test by 0.7s from Neuville and regain the overall lead. Evans was third fastest, while Solberg dropped time after admitting he drove too cautiously.

Tanak also lost time after losing his front bumper affected his i20 N’s aero, while a stall at the start of the stage for Lappi contributed to the 2017 Rally Finland winner’s demise from the lead.

M-Sport’s troubles continued on the final stage as Greensmith was without hybrid power, which appeared to have been triggered by an earlier gearbox issue.

Rally Sweden continues this afternoon with a second pass of the morning stages, before a spectator stage in Umea city centre.