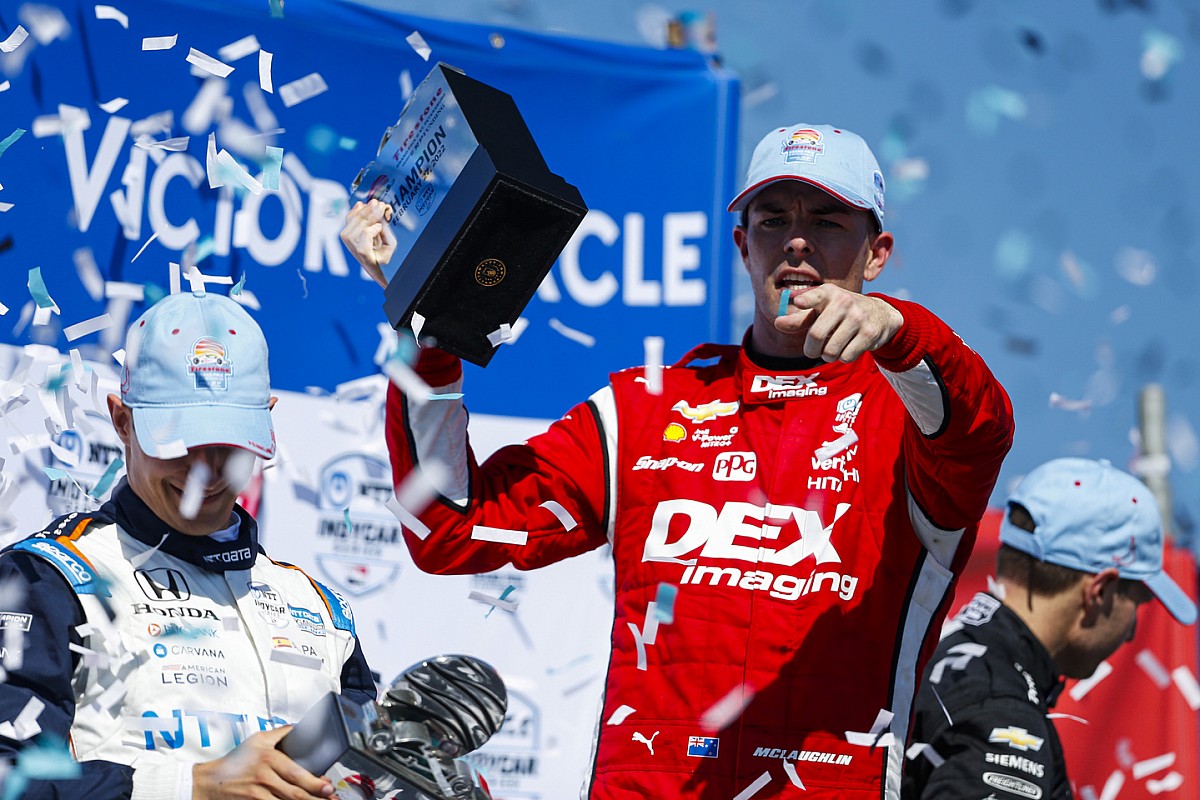 The three-time Supercars champion won last year’s rookie of the year award, managing a best finish of second at last year’s opening Texas race, but tended to struggle more on the street venues and failed to crack the top 10.

On the streets of St. Petersburg – the one IndyCar track he had raced on twice before entering the weekend, having started the finale in 2020 – he topped second practice, took pole and led 49 of the 100 laps on his way to his first victory in the series.

McLaughlin said that he was aiming for a top-seven finish prior to his pole position, feeling that his Chevrolet-powered car was quick out of the box after arriving in Florida.

“You back yourself, but in our pre-event we said top seven,” said McLaughlin.

“Obviously the goal was changed [after taking pole], but it was just phenomenal the way the car rolled out of the truck.

“I felt like I could really do what I wanted to do with the car from the get-go.

“What that does for confidence as a race driver is something that just feels very special. I knew halfway through that race that it was somewhat – a bad yellow or something was really going to affect us. 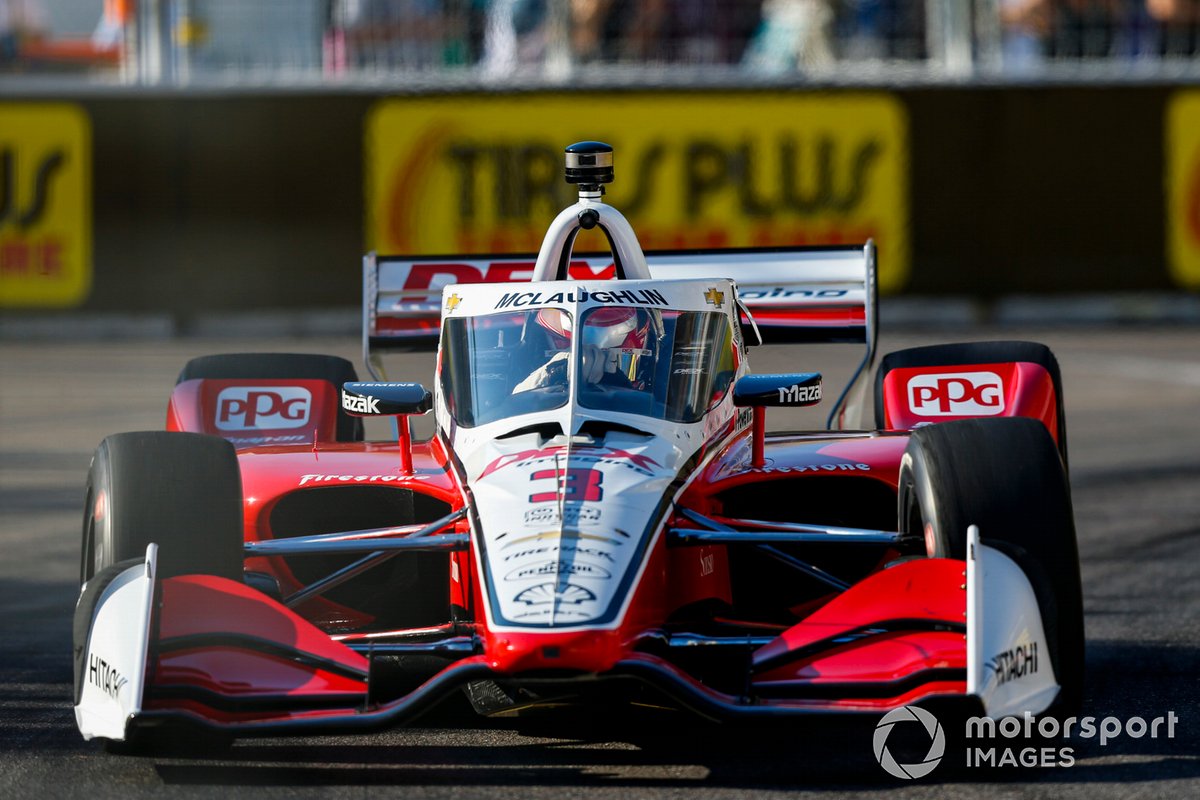 “We knew that we were going to fight there the whole way, and I just had to keep calm and control the race myself, and I felt like we did that until the backmarkers made it pretty exciting, which would have been great for everybody at home but not for me!

McLaughlin said that he had been careful not to give up, and found comfort in his previous street circuit successes in Supercars.

“It was just a phenomenal weekend,” he added.

“Perseverance; you just don’t give up, you don’t doubt yourself. I knew I could do it.

“Last night I had a great sleep because I just said to myself, I’ve done this before – I did it with a roof over my head. Now it’s just a matter of just feeling it and seeing what I had today.

McLaughlin later expanded on the mental strength it had taken to reboot in the off-season, admitting that he had put a lot of pressure on himself to succeed.

He also paid tribute to his support network, in particular his wife Karly and team boss Roger Penske, who were able to help McLaughlin find more within himself.

“I put a lot of pressure on myself, like, ‘why isn’t this happening, why am I sucking in qualifying when I’m good?'” he confessed.

“It’s a mind game and you’ve got to be on top of it. You’ve got to just believe in yourself.

“As a professional sportsman you go through highs and lows. You’re getting paid good money and you’re running 15th – it’s not good. I drive for the biggest motorsport team in the world. For me it wasn’t good.”