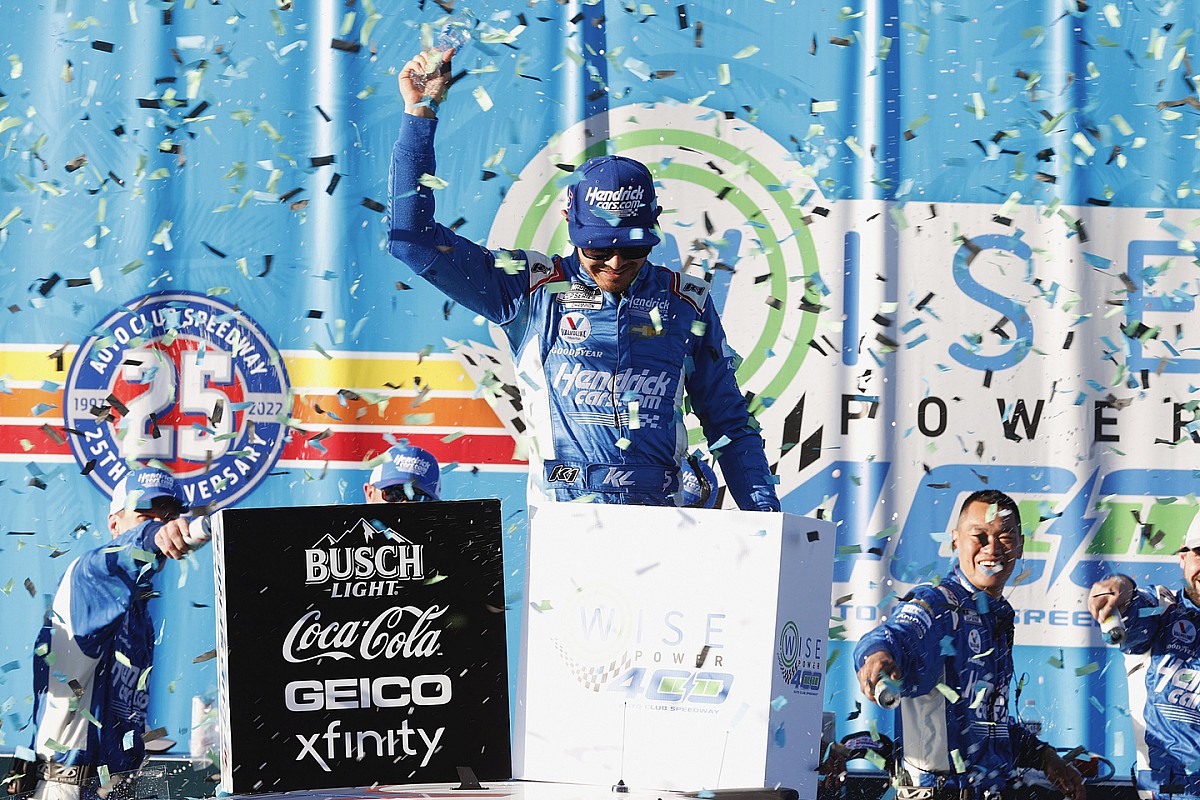 The race came alive on the restart on lap 179, when Chase Briscoe, who didn’t pit, led the way followed by Elliott, Alex Bowman and Larson. Using a three-wide move, Larson quickly powered to the lead after the restart as Bowman tagged the outside wall, but there was no caution.

On the next lap, Larson clashed with team-mate Elliott and sent his car up the track and into the wall.
With 10 laps remaining, Larson held a 2.2-second advantage over Joey Logano as Dillon ran third.

With Elliott spinning on the backstretch on lap 192, it triggered a record-tying 12th caution and all the lead-lap cars pitted with Larson first off pitroad.

On the restart on lap 197, Larson was challenge by Suarez, with the pair trading overtakes by the penultimate lap, until Larson held his nerve to take the win fending off last-lap pressure from Dillon who had to settle for second.

“It’s always fun to win here in the home state,” Larson said. “Hard work all weekend. I didn’t feel great in practice yesterday but Cliff [Daniels, crew chief] and everybody on the team made great adjustments overnight.

“The car handled a lot better. There were definitely some guys that were quicker than us but they had their misfortune. Just kept our heads in it all day. Long race. Restarts were crazy – the whole runs were crazy.

“It was definitely wild. Definitely cool to get a win here in California. Hopefully, we get on a streak.” 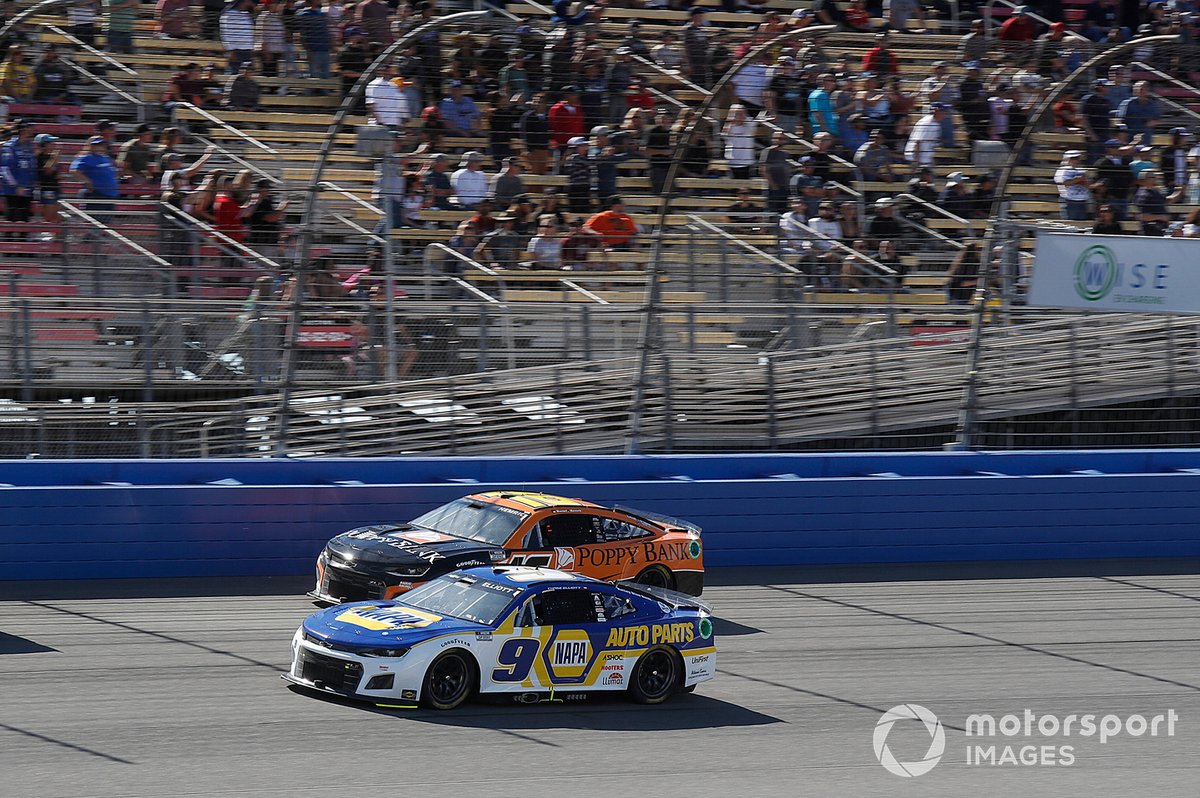 With Elliott pushed out of the frontrunning pack, Erik Jones profited to take third for Petty GMS Motorsports ahead of Trackhouse Racing Team’s Suarez who faded late on.