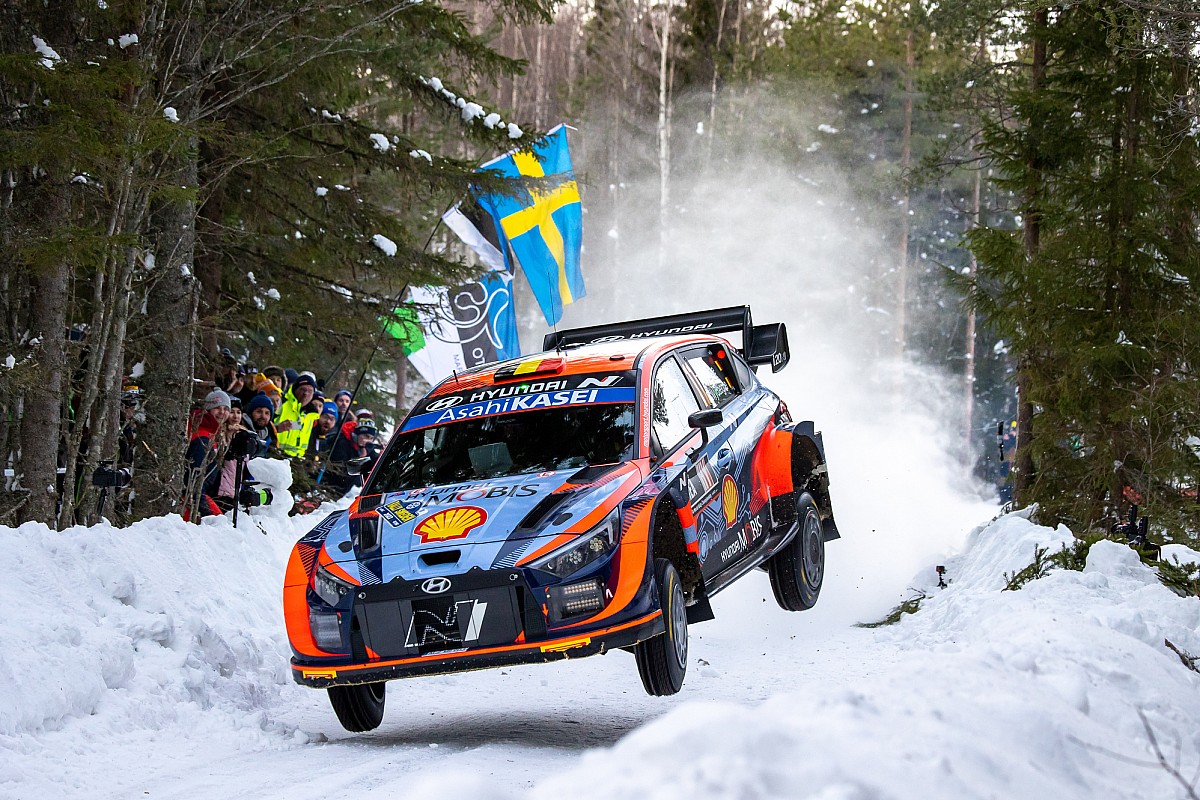 The Korean marque showed a significant improvement in speed and reliability on the snow highlighted by Neuville leading the event on Friday before ultimately finishing second, 22s behind winner Toyota’s Kalle Rovanpera.

Neuville’s team-mate Ott Tanak was also in contention for victory on Friday having clinched two stage wins, before a hybrid issue forced him out of the event. The Estonian returned under restart rules, ending the rally by bagging the five bonus points on offer for winning the power stage.

Oliver Solberg brought the third entry home in sixth after a throttle issue on Saturday night cost him almost three minutes. The Swede had also been involved in the lead battle on Friday.

The results were in stark contrast to those recorded at last month’s Monte Carlo season opener when all three cars encountered issues and struggled for pace against its Toyota and M-Sport Ford rivals.

Neuville’s sixth-place finish after a suspension issue was the team’s only result while Tanak crashed out and Solberg withdrew due to illness after inhaling exhaust fumes that had entered his car.

Hyundai deputy team director Julien Moncet had predicted a podium would be achievable in Sweden and was impressed by his team’s turnaround in fortunes after working around the clock to improve the car following Monte Carlo.

“Of course we are very happy, it is not a win, but considering the situation in Monte Carlo and the difficult start of the season it feels like a win honestly,” Moncet told Autosport.

“It is good to see all the smiles on the faces. Let’s enjoy the moment but still next week we will push again as the target is to win. 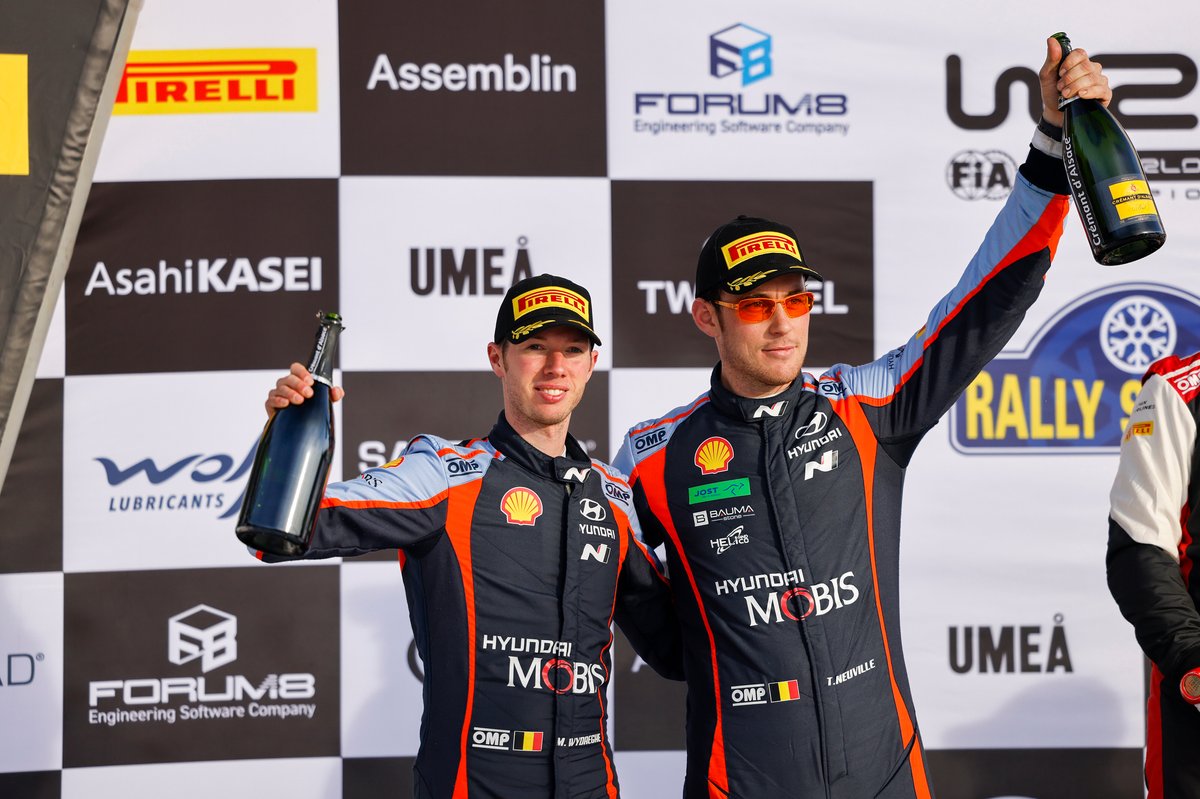 “This is very positive and we won some stages. Ott despite a bad position for the power stage did an incredible result. Oliver did very well as well but unfortunately he had a technical issue yesterday.

“The pace of the car is there. It has to be boosted as the Toyota is quite fast. It is a big improvement from Monte Carlo and it seems as though our car is working better in these conditions.”

Neuville, who has moved to second in the championship, described the result as a big relief after Monte Carlo.

“It is a big relief for everybody,” said Neuville. “We couldn’t expect when we came here that we could be in the lead on the first day of Rally Sweden.

“We thought in terms of performance we would probably be still missing something and the road position. But somehow the first day was a very strong day and everything worked fine and I felt really strong in the car.

“The second and third days were a bit more difficult, but at the end of the day it was job done.”