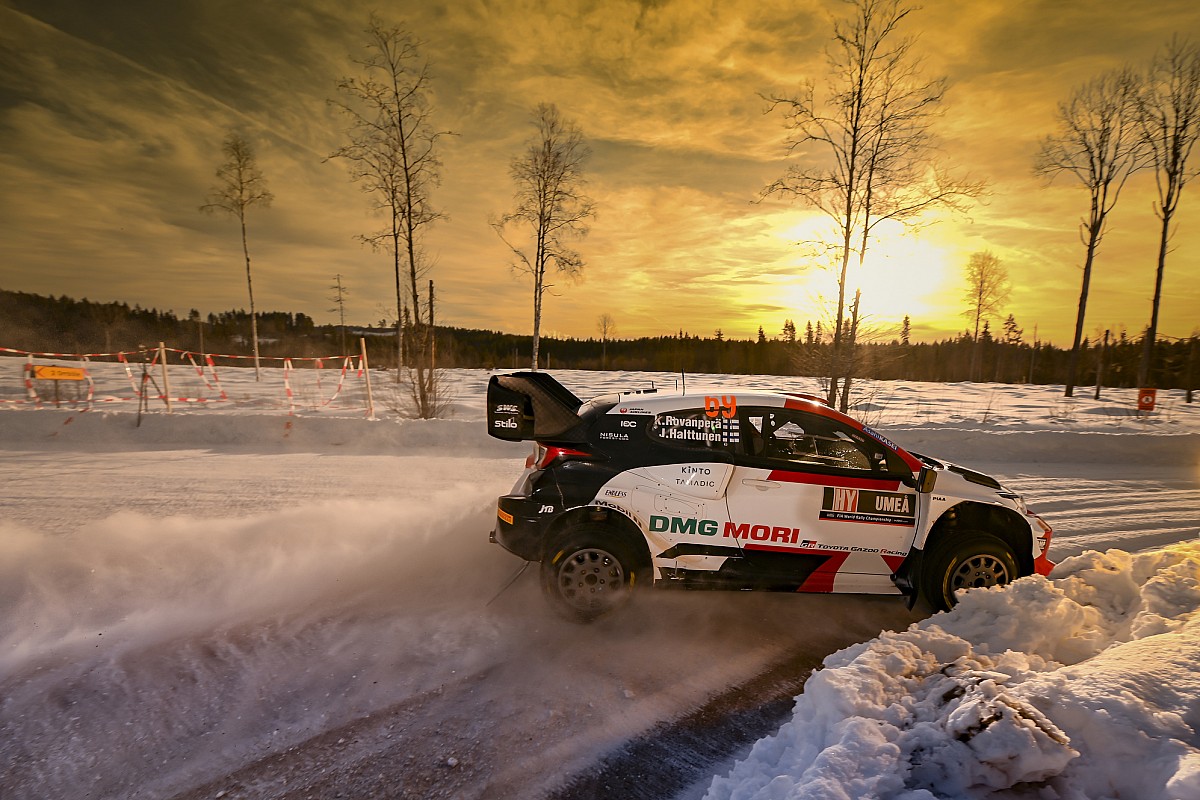 There is a case to be made for Kalle Rovanpera’s third WRC win, alongside co-driver Jonne Halttunen, as his best yet and perhaps the most telling for the future. Rovanpera scored a maiden win on gravel in Estonia and blitzed the field at his Acropolis debut last year, but this win is his first having to open the road on an event.

Eight-time world champion Sebastien Ogier has made winning from the front an art form that few have been able to replicate. It requires a certain skill to sweep roads and navigate rutted second passes first, and do so by limiting the damage on the clock.

Rovanpera can now add this skill to his arsenal after demonstrating supreme skill to stay in the fight for victory, sitting second, 4.3s behind Thierry Neuville, who had a better road position on Friday night. This, coupled with his dazzling display in the two night stages on Saturday, set the flying Finn apart from the rest. Elfyn Evans’ 10s penalty and crash on Sunday did take the pressure off the Finn, who was able to cruise to a 22s win over Neuville.

Six stage wins showed Rovanpera’s class in the car but his conduct and awareness outside of the cockpit were to be admired – the 21-year-old choosing to mute his celebrations and pay tribute to those suffering following the invasion of Ukraine. An all-round top performer.

“I didn’t feel like celebrating too much now, it has been a really difficult week for the people in Ukraine,” said Rovanpera. “I just want to really hope they have the strength and hope in these difficult times.” 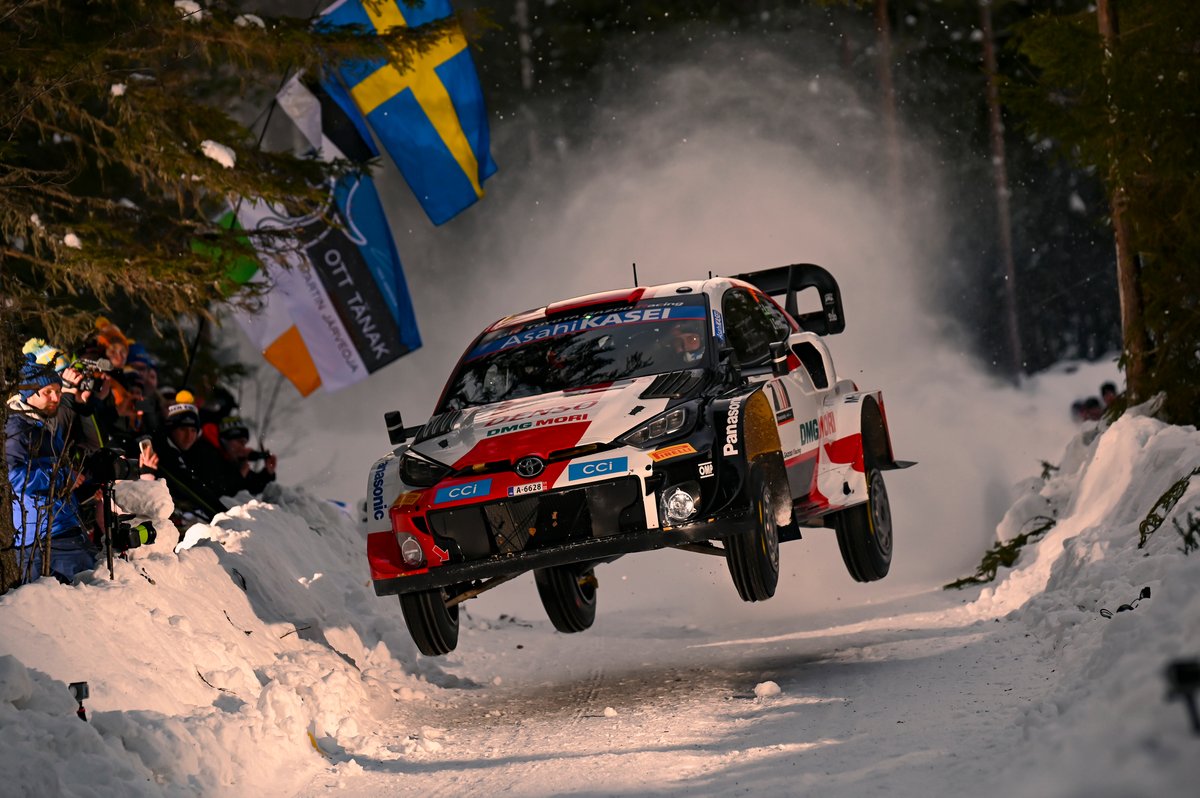 Thrown a lifeline by Toyota in a bid to resurrect his WRC career, there were question marks surrounding how Esapekka Lappi and Janne Ferm would perform having been thrust into the third Toyota GR Yaris vacated by Ogier.

Back with Toyota, the marque that helped him achieve his only career win (2017 Rally Finland), Lappi quickly gelled, winning the second stage and briefly led the rally. The 31-year-old remained in contention to claim a deserved third place. 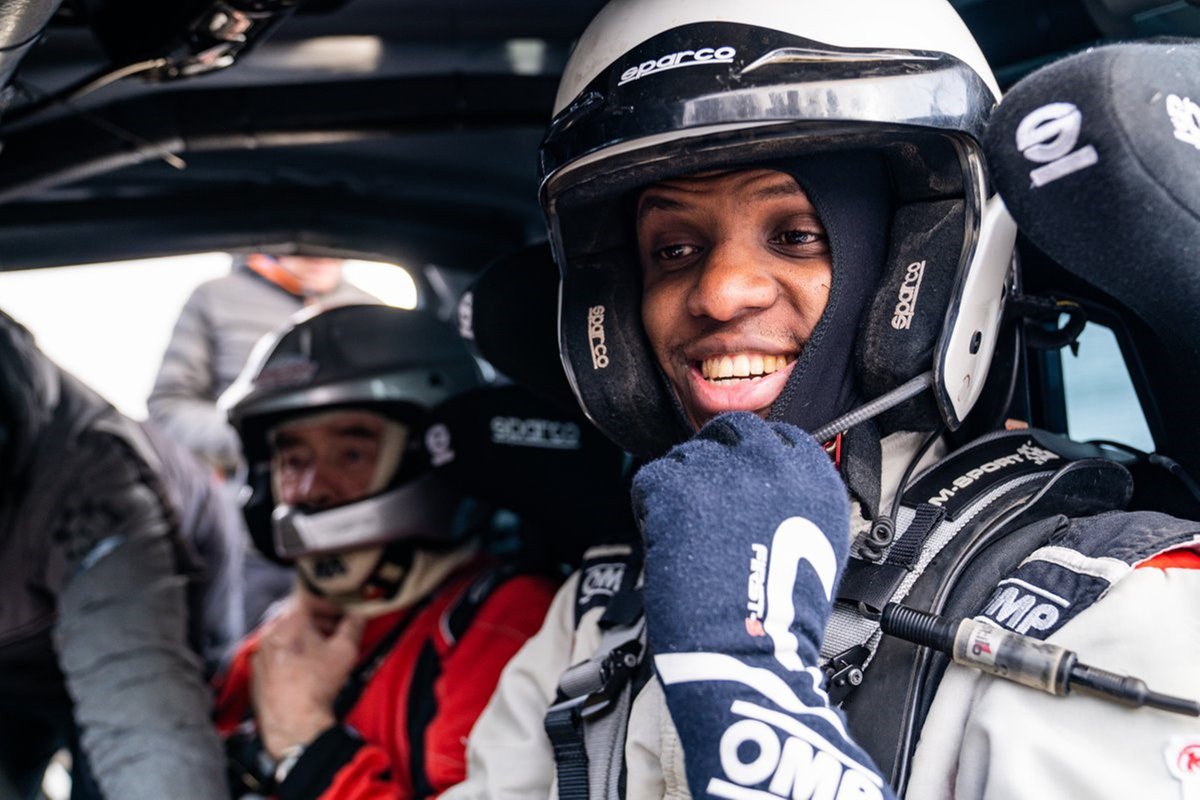 The new look Rally3 based Junior WRC kicked off with two memorable performances. Northern Ireland driver Armstrong won the class despite heading into the event without pre-event test, while McRae Kimathi became the first African driver to complete the rally in fourth, having never driven on snow and ice prior to rally week.

Thierry Neuville can count himself lucky he didn’t join the list of greats caught out by Sweden’s infamous enticing but dangerous snowbanks. The Belgian arrived at a corner in stage 2 expecting to be able to lean on the snowbank, but found it missing after M-Sport’s Craig Breen had clouted it earlier. As a result, Neuville was sent into a wild slide, but amazingly he was able to wrestle the car back on track.

Breen was not so lucky, as a second run in with a snowbank ended in spectacular fashion when he was caught out on the same stage just moments up the road. Distracted by water from his windscreen washer that had frozen on his windscreen, the Irishman burst through a wall of snow and found himself buried deep in the snow – just short of a bunch of trees. 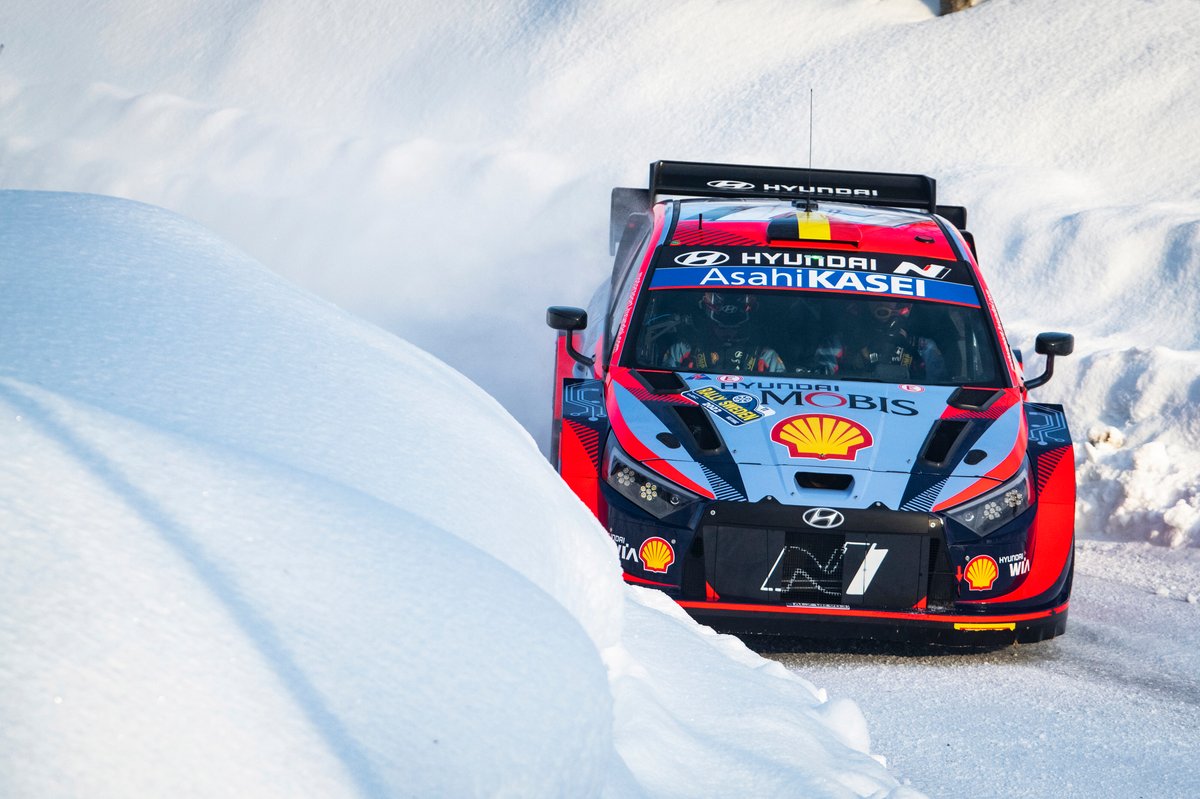 Team of the Week – Hyundai Motorsport

Technically speaking, Toyota proved it had the fastest and most reliable package on the snow after claiming a 1-3-4, but the performance and reliability leap Hyundai Motorsport made from Monte Carlo deserves recognition.

The Korean marque has been playing catch up ever since committing to the Rally1 regulations, being the last manufacturer to do so. The effects of this were evident by a disastrous Monte Carlo season opener for the 2018 and 2019 manufacturers’ champions.

The i20 N was neither fast nor reliable and, in the case of Oliver Solberg, it made him physically ill after exhaust fumes found their way into the cockpit for two days, forcing him to withdraw through illness. Neuville claimed the team’s only stage win as he nursed a wounded car to sixth.

Since then after an extensive debrief, Hyundai set to work on fixing its issues, a task that saw its workforce work relentlessly, with only one day off between events, to address its long list of issues.

Eyebrows were raised when deputy team director Julien Moncet predicted a podium would be achievable in Sweden, but true to his word his team delivered on that prediction, with Neuville coming home in second.

In truth, Hyundai could easily have left Sweden with a double podium had Ott Tanak not been forced to retire due to a hybrid issue outside of the team’s control. Solberg could also have finished fifth had he not suffered a throttle issue that cost him almost three minutes in time penalties for checking into Saturday’s final stage late.

However, the most important factor was the i20 N was fast on the snow, picking up six stage wins between Neuville (2) and Tanak (4), while Solberg also featured in a six-way fight for the lead on Friday.

Hyundai does still have work to do to challenge Toyota and M-Sport, and it is unclear if Sweden happened to align nicely with the I20 N’s performance window. But credit where credit is due, it was a remarkable turnaround.

If Hyundai can unearth similar gains displayed in Sweden between now and April’s visit to Croatia, then it could haul itself back into this championship fight. 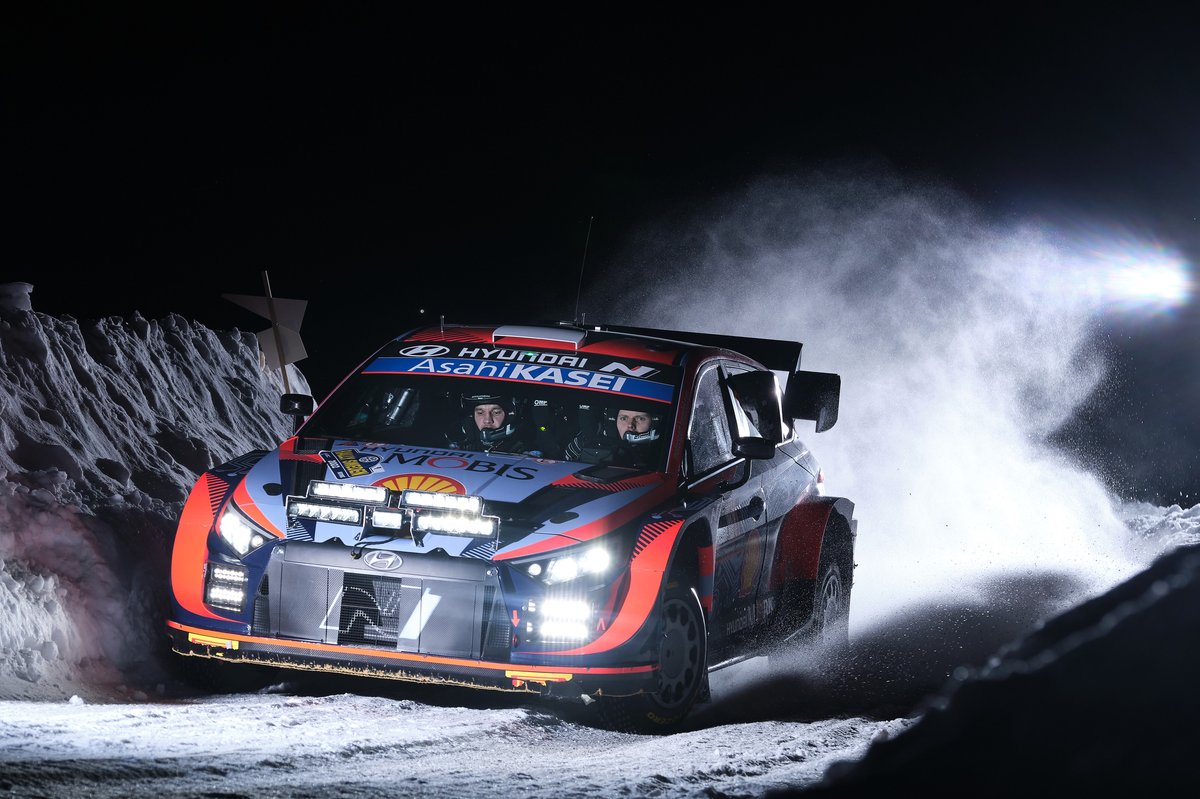 Ott Tanak must be wondering if he is cursed, such is the bad luck and misfortune the 2019 world champion has dealt with in recent seasons.

Tanak was robbed of two likely victories in Portugal and Sardinia last season due to reliability woes. While we’ll never know if this latest chapter of hard luck prevented a victory, given his record on snow, there is no doubt he would have been in the fight for the win with Rovanpera.

While it’s pertinent to point out that his Monte Carlo retirement was more down to a self-inflicted tyre call, the reason for his Sweden exit was completely out of his hands. Tanak was sitting second overall, only 1.1s adrift of then leader Elfyn Evans when he lost hybrid power and a red warning light appeared on his system.

Under new FIA Rally1 regulations, teams are unable to touch the cars when such a light is activated forcing the team to retire the car. Tanak returned to the action the following day, once officials gave the all-clear on his hybrid unit, and showed exactly what he might have achieved by winning the final power stage.

Evans also suffered his fair share of heartbreak after seeing his victory hopes unravel on Saturday night, with the final nail in the coffin arriving on Sunday morning.

The Welshman took the fight to teammate Rovanpera on Saturday ending the day with what he thought was a manageable 8.3s defect to his rally leading teammate.

However, a bizarre finish Saturday night’s spectator stage caught the eye of the stewards. Evans misjudged the final corner and was sucked into a snowbank, resulting in the Toyota driver instinctively flooring the throttle, firing his GR Yaris through and over the snowbank to cut the time beam. He then used a non-defined route to reach the stop line.

Officials deemed Evans had gained an advantage by going over the snowbank and breached rules for not following the prescribed route incurring a 10s penalty that dented his victory hopes.

“We lost like over a second almost two seconds in the last corner anyway, so the assumption I gained time is not correct because after I hit the snowbank it took a long time to cross the finish line,” said Evans, who disagreed with the penalty.

“The event afterwards, this is the bit I’m at a loss. Rather than put anyone in danger we continued to the stop control albeit slightly to the side of it facing the same direction and on the same piece of tarmac. We thought, in the light of safety and not getting stuck on top of the snowbank or risk blocking the stage that it was the only option.”

A crash on Sunday morning’s opening stage left his hopes hanging by a thread before a non-functioning hybrid unit forced his retirement.

Rovanpera’s dazzling display on Saturday night not only set up his victory but earned praise from two-time WRC champion ‘El Matador’ Carlos Sainz.

M-Sport’s Craig Breen showed that there is time to think about dinner before heading into a stage after seeing a marshal tucking into their lunch.

It is not the first time a Rovanpera has won Rally Sweden; Kalle’s father Harri Rovanpera claimed his only WRC win in Sweden back in 2001.

WRC drivers on the limit on snow and ice is a sight to behold. Add in a drone camera, and the result is iconic vision. 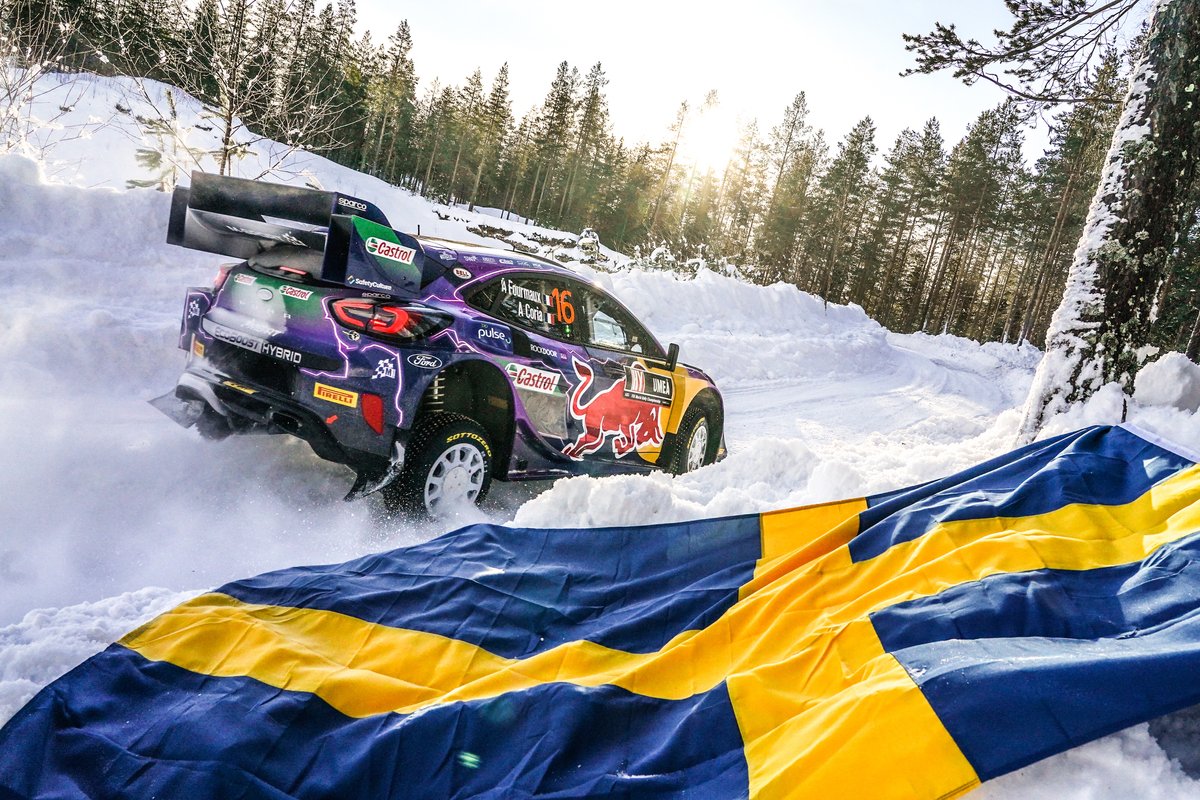 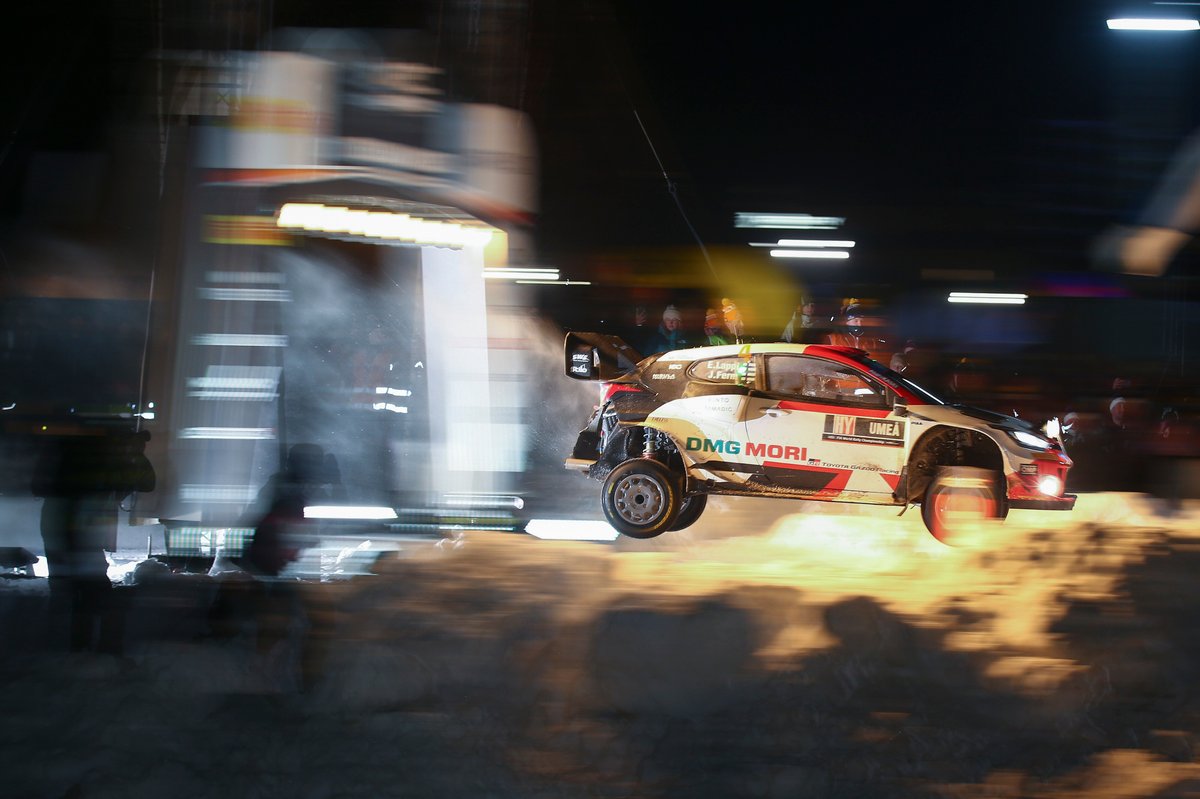 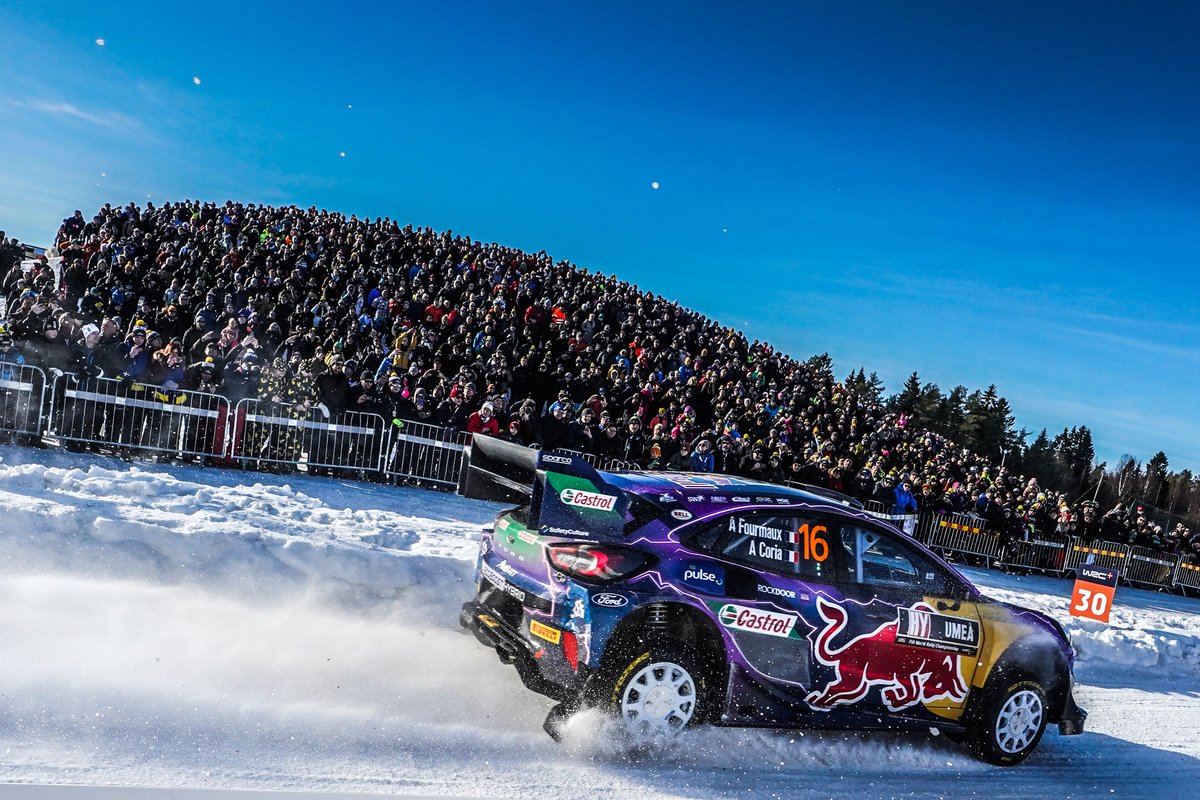 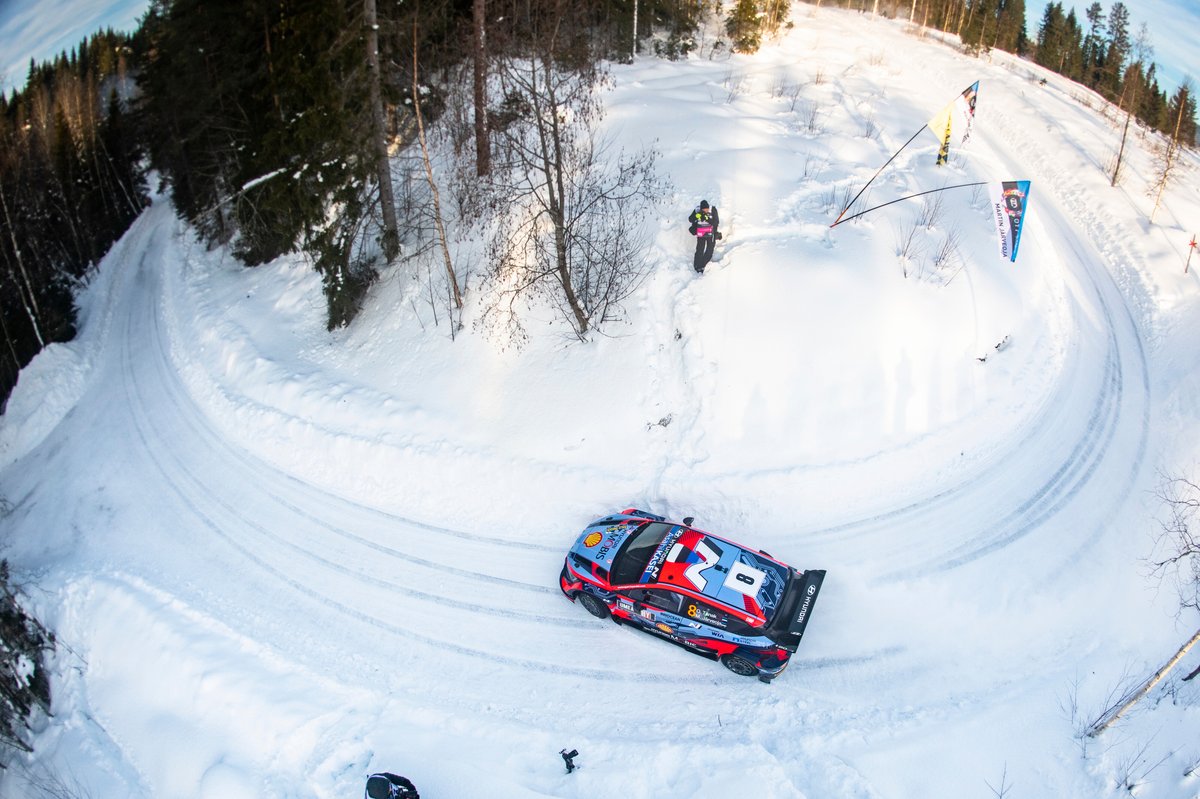